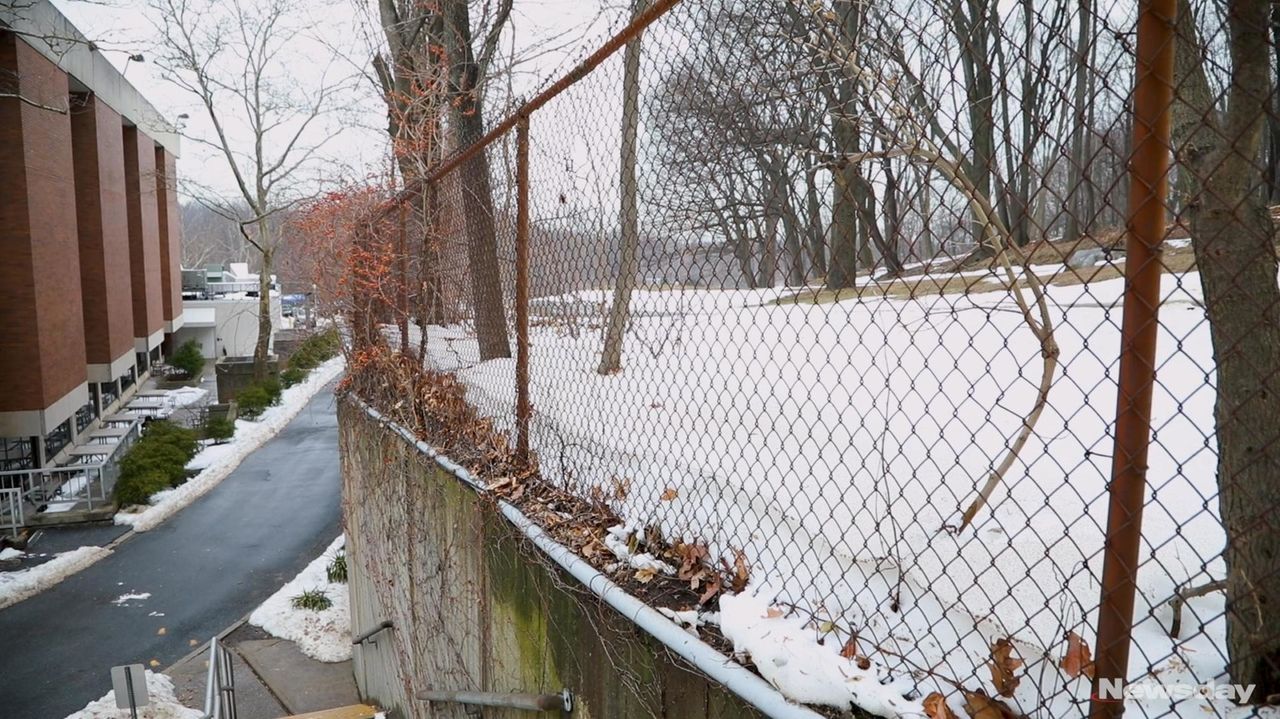 Long Island is home to about 20 eruvs, but for the first time a hospital has erected one to enclose its own campus.

North Shore University Hospital in Manhasset has created an eruv, a symbolic enclosure that consists mainly of wrought-iron and chain-link fencing, to assist an increasing number of Orthodox Jewish patients, including many from nearby Great Neck.

“It’s an historical, it’s a monumental event for us to be able to do this within the hospital,” said Michael Katz, a local real estate agent and Orthodox volunteer at the hospital who spearheaded the effort to create the eruv. The project involved fixing some of the fencing already surrounding the 57-acre campus and erecting new pieces in some spots.

The eruv allows Orthodox Jews to do things such as push a stroller or wheelchair, or carry items such as food, keys and books during Shabbat from Friday evening to Saturday evening. Without an eruv, they cannot carry outside their own homes.

Some of the eruvs have hospitals within them — such as Long Island Jewish Medical Center within the New Hyde Park eruv — but this is the first time a hospital has created its own eruv on Long Island, said Katz and local experts.

The eruv at North Shore is part of a growing trend in the United States, as institutions create eruvs so they can better serve Orthodox Jews and Conservative Jews who also observe the laws of Shabbat, said Rabbi Chaim Jachter, a rabbinical court judge in Elizabeth, New Jersey, and an expert on eruvs.

Universities including Princeton, Columbia, Cornell, Yale and Harvard have established eruvs on their campuses or are within larger eruvs, he said. He knows of one other hospital, Hackensack University Medical Center in New Jersey, that is also creating its own eruv.

“It’s about multiculturalism,” Jachter said. “There’s no downside to having an eruv.”

Though most eruvs on Long Island have arisen without controversy, one in Westhampton Beach provoked a yearslong legal dispute between the Orthodox community and residents before eventually being constructed. Some opponents said the eruv would violate the Constitution’s First Amendment separation of church and state because it would be placed on public property.

Many of the eruvs have low-visibility markers such as wires strung along utility poles or small lengths of PVC nailed to the poles.

Derek Anderson, an associate executive director at North Shore, said it made sense to create an eruv around the hospital’s campus because so many patients — and even staff — are Jewish.

He said 15 percent to 20 percent of the approximately 850 patients at the hospital each day are Jewish, though the hospital does not break down the Jewish population by denominations including Reform, Conservative and Orthodox.

“We wanted to make it more convenient for those observing the Sabbath,” Anderson said. “As the hospital grows, we have seen growth within that community as well.”

Great Neck is now home to 20 Orthodox synagogues where some 2,500 families worship, making it one of the largest Orthodox communities on Long Island, Katz said.

Some of the faithful said they welcome the eruv at the hospital.

“The eruv is really a great thing for the Orthodox community,” said David Basaleli, 48, a real estate developer who worships at Young Israel of Great Neck.

“Having it at the hospital really helps because in general if you are spending time at the hospital you are probably having the worst time of your life,” he said. “And anything that can be done to make it easier obviously is a wonderful thing.”

The planning and construction of the eruv was overseen by Rabbi Eitan Rubin of Great Neck, who is widely known in the Jewish community for his expertise in erecting eruvs and ensuring they are kosher, Katz said.

“His sincere love for the project, the many hours of physical labor and his knowledge of the Jewish laws . . . were instrumental,” Katz said.

Katz said he saw the need for the eruv personally when his father was hospitalized at North Shore four years ago. Katz could not carry anything to him during Shabbat, including books, reading glasses, bottled water and medical papers.

Orthodox regulations prohibit carrying anything even as small or light as a tissue in one’s pocket, Katz said. The regulations also prohibit using electricity, driving, working or exerting oneself in any way, said Rabbi Tuvia Teldon, head of the Chabad-Lubavitch Orthodox movement on Long Island.

The eruv at North Shore cost about $15,000 to complete, most of it donated by the hospital, which is owned by Northwell Health, Katz said.

The project also entailed establishing a path that can be walked along the fencing so rabbis or other Jewish leaders can inspect it every Thursday to make sure it is fully intact. If it is not, the eruv is not considered valid. Brush, debris and trees had to be cleared in some spots to make room for the path.

The Jewish community is informed of the eruv’s status each week through emails or by calling a special number at the hospital, said Rabbi Hillel Fox, a chaplain at the hospital.

An attempt was made years ago to create an eruv at the hospital, but it never became fully functional because it fell into disrepair and was not checked weekly, Fox said.

While the eruv at the hospital is helpful to Orthodox Jews on campus, it does not connect to the eruv in Great Neck, which ends at Northern Boulevard a mile away, Katz said.

The hospital eruv took four years of planning and work, he said, so for now he is just basking in that success.

A connecting eruv “would be lovely, but that’s not what we have right now,” Katz said. “It took us four years just to put this together, and now we have to maintain it on a weekly basis. We can plan for the future.”