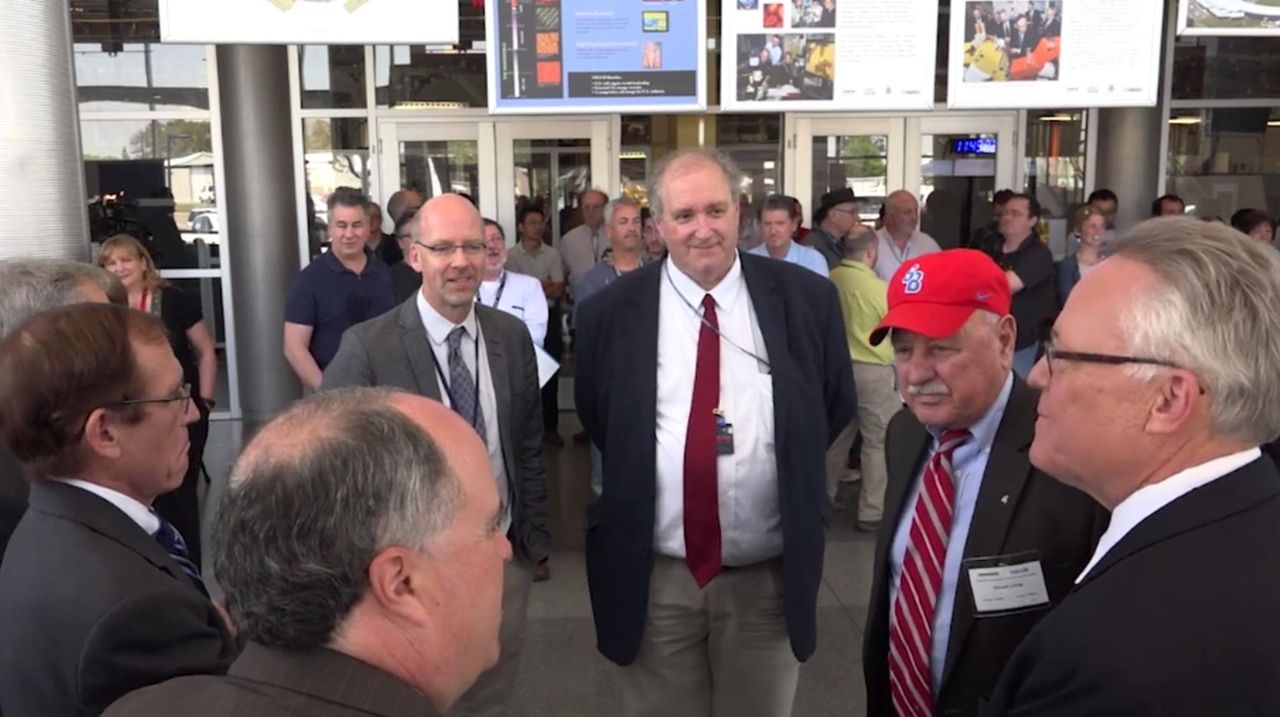 Brookhaven National Laboratory on Thursday, May 18, 2017, announced that the state will allocate $15 million for a state-of-the-art cryo-electron microscope at the lab. The advanced imaging technology is expected to increase scientists' understanding of disease, with the microscope helping to discover new treatments, and boost Long Island's biotechnology and pharmaceutical industries, officials said. Credit: Newsday / Chuck Fadely

The state-of-the-art imaging technology is at the heart of a new center, the Long Island Facility for Electron Microscopy, which is to be established on the Brookhaven campus. The enterprise also involves scientists from Stony Brook University and Cold Spring Harbor Laboratory, Brookhaven officials and State Sen. Kenneth LaValle (R-Port Jefferson) said Thursday.

The aim is to improve how scientists study molecular structures and the fundamental processes underlying numerous medical conditions.

Cryo-electron microscopy, or cryo-EM, is a type of electron microscope that allows researchers to study samples at a supercold — cryogenic — temperature, about minus 321 degrees Fahrenheit. The light source — photons — of the scope is a beam of accelerated electrons.

Exploring cells under extraordinarily frigid conditions allows atoms to remain intact as scientists eavesdrop on them via the device. Some Long Island researchers have had to travel out of state to conduct research because there isn’t a cryo-EM device nearby.

“This is revolutionary technology,” said James Misewich Brookhaven National Lab’s associate director for energy and photon sciences, who added that cryo-EM is growing in popularity among structural biologists, experts concerned with the make up of complex molecules — macromolecules — such as proteins.

While scientists for decades have turned to X-ray crystallography as a way to discern atomic structures, cryo-EM will aid the study of molecules that elude the older science.

LaValle was instrumental in securing the $15 million to seed the new center.

“It has been a dream of mine to get Brookhaven, Cold Spring Harbor and Stony Brook to work together,” LaValle said during the announcement Thursday in the National Synchrotron Light Source II facility on Brookhaven’s campus. “We have such an incredible nucleus [of talent] right here on Long Island.”

Charles Prizzi, vice president for development at Cold Spring Harbor Laboratory, said one of his institution’s structural biologists had to travel to Virginia to study the NMDA receptor in nerve cells for what proved a groundbreaking discovery. The receptor is involved in Parkinson’s and Alzheimer’s diseases.

“We are excited about the new support from state,” Prizzi said. “I think this will make Long Island stronger and a center for biotechnology.”