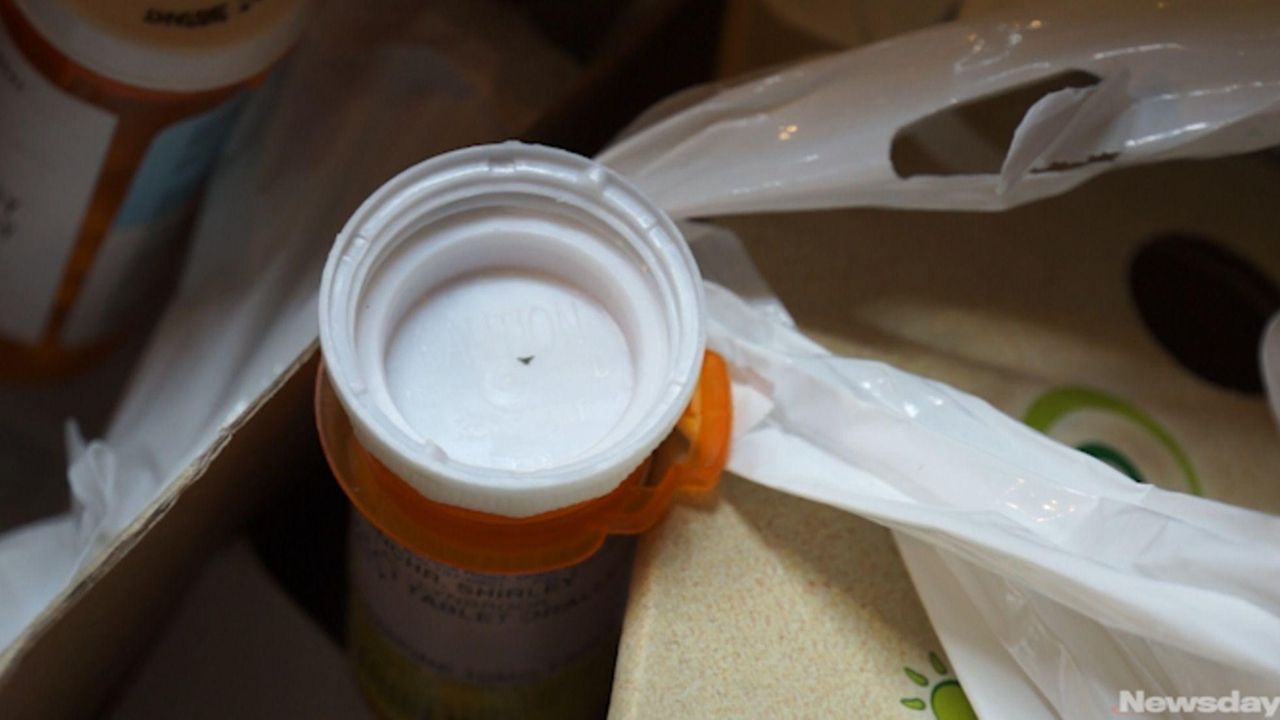 For years, Adelphi University professor Jean Harris had expired medicine in her bathroom.

After she heard this week that the university was collecting unused drugs, she threw the pills and medical creams into a plastic bag and on Saturday morning deposited them into a tall cardboard box on campus.

“I’m starting to get young nieces and nephews coming over . . .,” said Harris, a professor of health studies. “The little ones might think the cream is a tube of paint, something to play with. I wanted this out of the house.”

One of the largest was at Marjorie R. Post Community Park in Massapequa, where two hours into the three-hour event, at least 100 people had dumped about 130 pounds into big plastic bags, said Nassau police Officer Gary Biggers, who on Monday will bring the medicine to an incinerator.

Laura Pettersen, 55, of Amityville, dropped off painkillers, antibiotics, steroid cream and other items that she collected from her mother, a co-worker and her medicine cabinet. She knew not to throw it out, because someone could have found it in the garbage.

Flushing drugs down the toilet is environmentally dangerous, said Gayle Insler, a biology professor at Adelphi who on Saturday brought to campus 15 medicines that had belonged to her 88-year-old mother who died in November.

“I knew this could end up in the water supply,” Insler said.

Cesspools and septic tanks can leak, so pharmaceuticals eventually can leach into groundwater, some of which ends up in the underground aquifers that are the source of Long Island’s drinking water, she said.

Sewage systems transport toilet water with pharmaceuticals to the ocean or sound, where children and fish caught for food swim, Insler said. The water passes through treatment plants, “but you’re treating for sewage principally,” not for medicine, she said.

Harris was glad to finally get rid of the long-expired medicine.

“I knew I shouldn’t flush it down the toilet, throw it out or throw it in the sink,” she said. “So it just sat in the house. This is the proper way to dispose of it.”