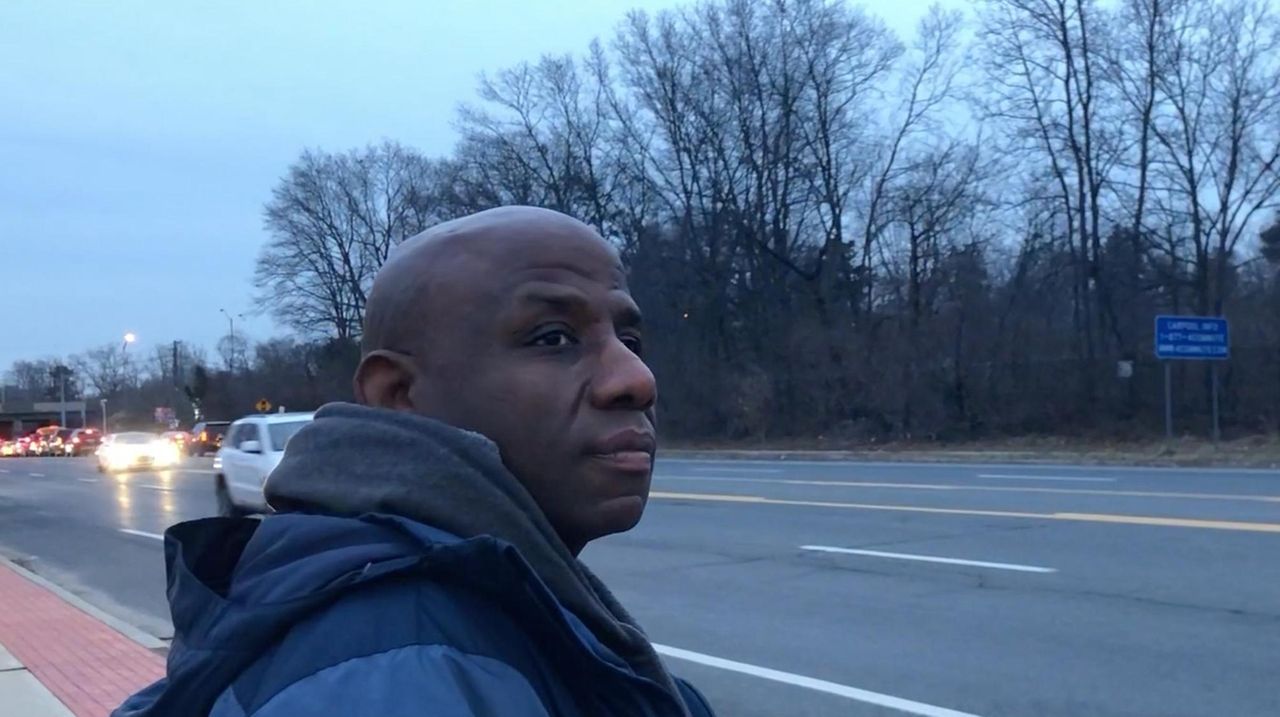 Donald Telfair of Brentwood talks about how he was able to game the system to get opioid prescriptions to feed his addiction.   Credit: Debbie Egan-Chin

New statistics show opioid prescriptions declined nearly 35 percent on Long Island between 2011 and 2017, a trend experts say is the result of a law enforcement crackdown on doctors, a state-mandated electronic prescription system, educational awareness and a shift away from opiates toward other painkillers by both patients and physicians.

At what appears to be the height of the prescription opioid epidemic, state statistics show that Long Island clinicians wrote 1,394,686 prescriptions in 2011.

Prescriptions of oxycodone, hydrocodone and oxymorphone decreased more than 8 percent on the Island from 992,435 to 912,119 between 2016 and 2017, according to the most recent New York State Department of Health data. In 2017, clinicians issued 358,956 prescriptions in Nassau and 553,163 in Suffolk, records show.

Opioid prescriptions across New York State dipped about 8 percent from 2016 to 2017. Nationwide, the opioid prescribing rate in 2017 fell to the lowest it has been in more than 10 years, according to the most recent data on the Centers for Disease Control and Prevention’s website.

The opioid epidemic has devastated Long Island, with hundreds of overdose deaths in Nassau and Suffolk counties. Local officials say they have made fighting the crisis and reducing addiction and overdoses a key priority of government and law enforcement. Although both opioid prescriptions and opioid overdoses in general have declined on Long Island, experts cautioned that there is not enough evidence to make a direct correlation.

“I believe it will translate to that, but it will take some time to go through,” said Dr. Thomas Madejski, president of the Medical Society of the State of New York, a lobbying group that represents physicians.

Madejski said he expects the drop in opioid prescriptions to eventually decrease fatalities, but it has not happened yet. He said that opioid fatalities have declined because of educational awareness and the availability of Narcan — a lifesaving drug used to reverse opioid overdoses — in addition to fewer prescriptions. “We will have an issue for the next 10 to 20 years still,” he said.

Experts say they are witnessing a change for the better.

“This is a great thing,” said Dr. Joseph Conigliaro, chief of the Division of General Internal Medicine at Northwell Health and professor of medicine at the Zucker School of Medicine at Hofstra/Northwell, about prescription declines. “In 2005, I might have said, ‘Here’s some Percocet.’ In 2015, I would have said, ‘Is this really what this patient needs?’ ”

A recovering opioid and cocaine addict, Donald Telfair, 51, said he used to go from emergency room to emergency room seeking opioid prescriptions. Telfair says has been clean since April 8, 2017, and now lives at the Outreach Recovery Center in Brentwood. “It was too easy, you know, for people to get pills.”

Local officials credit the decline in opioid prescriptions, in part, to the state’s electronic prescription system, the result of a law called the Internet System for Tracking Over Prescribing, or I-STOP. The electronic system became mandatory for physicians, dentists and other clinicians in March 2016.

“It’s had an obvious effect,” said state Assemb. Charles Lavine (D-Glen Cove), a member of the health committee. “Unfortunately it is not a panacea in and of itself. … The gravity of the crisis we now face is obvious to everyone.”

Officials said the electronic system has cut down on paper-based fraud, though Madejski said the stricter access to medications may have driven addicts to the streets to obtain pills.

The law attempts to cut down on “doctor-shopping,” where addicts would go from physician to physician seeking pill prescriptions, and includes an electronic database — the first of its kind in the country — that details a patient’s history.

“I can tell what everybody else has given them,” Conigliaro said. “We’re being more careful. We have more data at our fingertips.”

The five communities on Long Island with the most opioid prescriptions per 1,000 residents in 2017 were Mastic Beach, Middle Island, Ridge, Shirley and North Babylon, records show. The total prescription amounts throughout the years do not include counts from a small number of communities’ ZIP codes where there were fewer than six prescriptions, according to the state data.

The federal Drug Enforcement Administration’s Tactical Diversion Squad on Long Island, which was launched in 2008, is made up of federal officials from the DEA and the Department of Health and Human Services, as well as one or two officers from the Suffolk, Nassau, Rockville Centre and Port Washington police departments each.

Between December 2014 and December 2018, the squad arrested about 30 clinicians, including doctors, pharmacists, nurse practitioners, dentists and a medical assistant, according to Special Agent Erin Mulvey of the DEA’s New York office.

The squad used electronic surveillance and undercover operations to thwart suspects who were accused of selling thousands — in one case, nearly 2 million — of pills worth millions of dollars.

Typically, rogue clinicians charge $100 to $300 per prescription, Mulvey said. They work with middlemen dealers or sell directly to the patients. “Their main goal is a kickback from the sale,” she said. “That’s like a cash payment that they receive.”

“Years ago, the big thing to steal would be a prescription pad,” Nassau County Police Commissioner Patrick Ryder said. He said he believes prescriptions have decreased due to the electronic system as well as police enforcement.

Suffolk Chief of Detectives Gerard Gigante said the I-STOP law's electronic tracking system changed the playing field by monitoring how many pain pills doctors were prescribing. “The doctors don’t give you a bottle, they give you four or five pills now,” Gigante said. “You need to address everything, and prescriptions were a glaring hole in the system.”

Gigante said his department’s cases against doctors have “dwindled” in recent years and the availability on the street of prescription pills, which typically sell for $1 per milligram, has also decreased.

During seizures, however, his detectives have found fake pills, which can contain fentanyl, a powerful synthetic opioid responsible for many of the fatal overdoses. “It’s just another piece of the battle you need to address,” Gigante said.

Some doctors are fearful of prescribing opioids — even when the narcotics are necessary — because they are concerned about scrutiny or possible prosecution.

“We try to refine approaches to get the right medicine to the right patient at the right time,” Madejski said. “They should not fear practicing good medicine.”

Conigliaro said in previous years, prescribers may have issued “inappropriate” opioids — when patients did not actually require them and another painkiller could have worked instead — and now providers are pulling back on that. Still, he warned that it’s important to make sure patients who do in fact need opioids for pain management are still able to get them.

“I do really believe that right now what we’re seeing is a decline in the inappropriate,” he said. “Those are encouraging numbers.”

NY health officials: Students can be 3 feet apart in classrooms
Pubs, hairdressers set to reopen as UK eases virus lockdown
Pfizer asks U.S. to allow more kids to get vaccine
0:49
Despite vaccination effort, Long Island COVID-19 cases reach recent highs
Tech issues shut down grant portal for theaters, other venues, SBA says
1:23
When will life get back to normal? Medical experts weigh in.
Didn’t find what you were looking for?