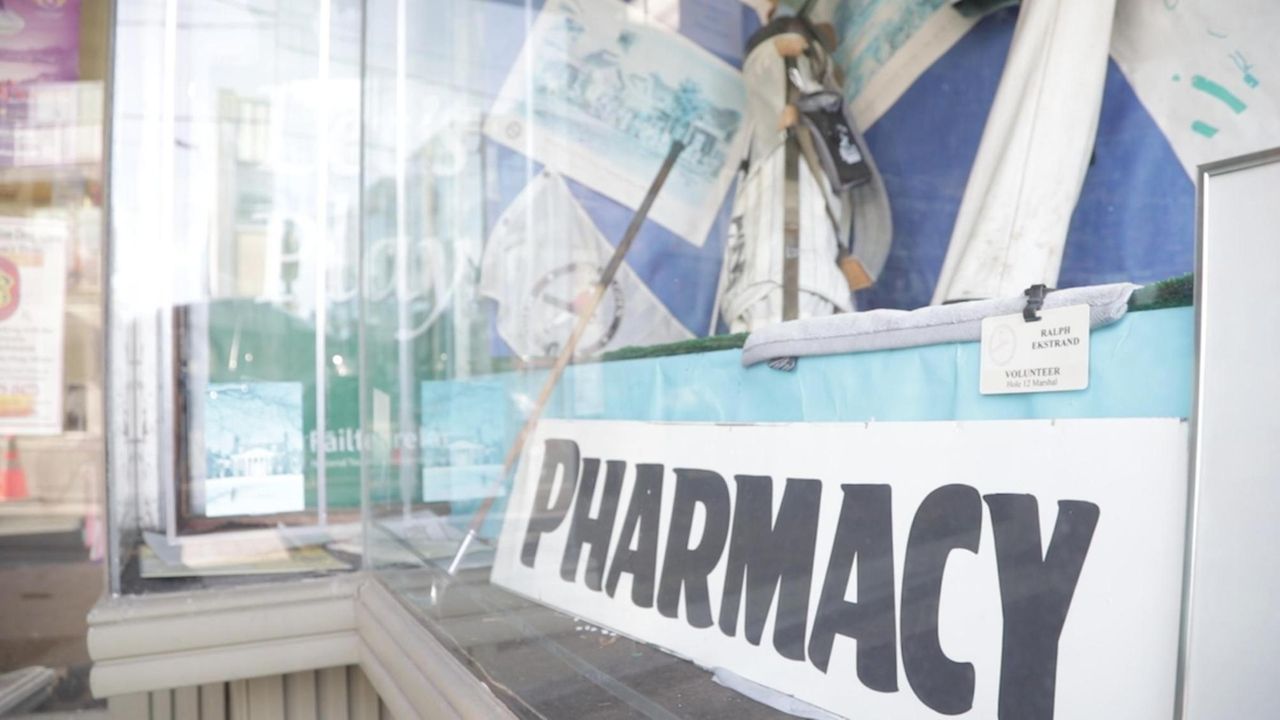 Sen. Chuck Schumer on Monday called on the federal Food and Drug Administration to address the shingles vaccine shortage on Long Island, saying it is a "perfect example" of why the government shutdown should end.

Appearing at a pharmacy in Farmingdale, Schumer (D-N.Y.) said high demand and manufacturing delays have resulted in a nationwide and local shortage of Shingrix, the new shingles vaccine, which can prevent the painful rash and blisters that usually infect those over the age of 60. Newsday reported the scarcity of the two-dose shot at some local pharmacies in December.

"Across Long Island, pharmacies big and small, doctors and caregivers, are worried about a very serious shortage of the shingle shot vaccine," Schumer told reporters crammed into Moby Drugs on Monday.

Schumer said he has gotten the vaccine, and pronounced, "It really works …The bad news is there is a huge shortage, and Long Island and New York City are feeling the pinch."

Schumer called on the FDA to step in, despite the partial government shutdown. He said the FDA should declare the situation an emergency, and intervene to see what it can do to get the manufacturer to increase supplies.

"There might be regulatory hurdles, there might be other changes that might be temporarily lifted so we can get this vaccine across the U.S. as quickly as possible," he said. Schumer said the FDA is permitted under law to call some workers back in an emergency.

"The FDA is good at putting pressure on the manufacturer, telling them to produce more of this stuff, work three shifts," he said. "And the manufacturers work with them.

"Many people have been waiting for weeks and weeks for clear answers. Some places say it’s a two-week wait for vaccine, some places say a month, some places say more. But we know one thing: The government shutdown makes it a lot harder to deal with this shortage, because Long Island is totally in the dark knowing when the shingle shot will arrive because the FDA, 90 percent of it, is closed."

Farmingdale Mayor Ralph Ekstrand, a co-owner of Moby Drugs, said he has been unable to get the vaccine — along with scores of his customers.

"I can't get a shingle shot, and I’m a pharmacist," Ekstrand said. “We don’t have it. My mom is 99. She can't get her shingle shot. The importance of this vaccine — it can be lifesaving in the elderly."

The FDA, like other federal agencies, has been operating with only essential staff since the shutdown began Dec. 22. Budget negotiations are at a stalemate, with Democrats objecting to President Donald Trump’s request for $5.6 billion to fund the construction of a wall to boost security on the southern border.

The vaccine shortage is a “perfect example of why the president should end the shutdown and open the other agencies of the federal government that have nothing to do with paying for a wall,” according to a press release from Schumer’s office.

Without the vaccine, the chickenpox virus could spread to many this winter, Schumer and doctors at the news conference said.

Shingles is caused by the re-emergence of the chickenpox virus — herpes zoster. The virus stays in the body decades after the childhood infection and can re-emerge later in life as shingles, bringing excruciating pain. The virus can be spread through close contact from people with shingles to those who have never had chickenpox, or have not received the chickenpox vaccine.

The Centers for Disease Control and Prevention recommends healthy adults ages 50 and older to get both doses of Shingrix.

Dr. Sunil Sood, head of pediatrics at Southside Hospital, said at the news conference that one in every three people in the United States will get shingles in his or her lifetime.

On the government shutdown, Schumer said President Trump should allow it to reopen — and the two sides can continue to debate issues such as the border wall.

“Whatever disputes there are about the border, we can debate those. But don’t shut the government down, which hurts millions of New Yorkers,"  he said.

Schumer said about 16,000 federal workers in New York are not getting paid. He said the administration was giving confusing signals. For instance, Vice President Mike Pence told him Trump wanted $2.5 billion for the border wall, he said.

“An hour later the president said, 'I’m not for 2.5. I’m for 5,' " Schumer said. "So we need to hear these things directly from the president. You can't negotiate that way when people keep changing."

"Before you jump to a conclusion, let’s see what the report that Mueller gives," Schumer said, referring to special counsel Robert Mueller's probe into whether Trump and other officials colluded with Russia in the 2016 election, among other things. “Mueller's report should be unimpeded. No one should interfere. But we should read the report and act from there."

1:56
Mayor: About 40% of NYC public school students return to in-person learning
State figures: NY nursing home staff lagging in COVID-19 vaccinations
2:27
Pandemic opened courts to virtual operations, but challenges persist
2:49
Projected fatal drug overdoses increased on LI during the pandemic, statistics show
NY health officials: Students can be 3 feet apart in classrooms
1:54
Online instruction has been liberating, and vexing, for students with disabilities
Didn’t find what you were looking for?