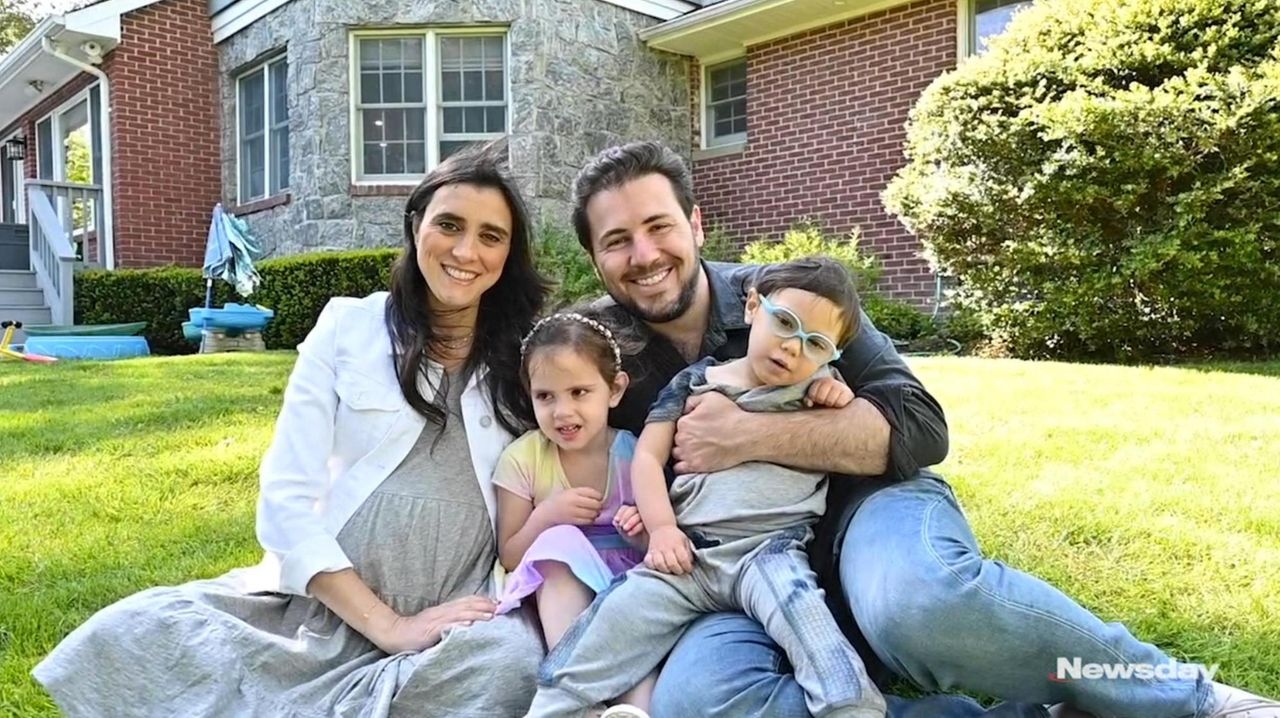 Scott and Ilissa Reich created a foundation to help their son, Eli, and others who suffer from a very rare brain disorder called FOXG1 syndrome. Credit: Howard Simmons

"She says, ‘When is Eli going to walk? Who is Eli going to marry one day? Which school is Eli going to attend?" said the kids’ dad, Scott Reich. "I think she knows that something is not quite as it should be, and she has perceived that, but she’s an incredibly empathetic person."

Absent a breakthrough cure for a disorder affecting only a few hundred people around the world, the answers to Emelia’s questions are uncertain and heartbreaking.

He was diagnosed in September 2019 — at the age of about 5 months — after his parents noticed he was excessively irritable, difficult to care for, and, beginning around July 4, temporarily stopped eating. Doctors determined it was because he had pain swallowing and medications relieved that symptom.

Within months of the disease diagnosis — the condition did not show up on standard testing in utero — his parents had formed a nonprofit organization called Believe in a Cure — the emphasis, Scott said, on the second, third and fourth letters in "believe": Eli — to raise money, advocate and fund research for a cure, or at least a treatment, which does not exist currently.

Because the condition is so rare, pharmaceutical companies and other researchers tend to focus on ailments affecting more people.

"We were told that the prognosis was going to be really bad, so specifically we were told that Eli would not be able to walk or talk, to sit up, to crawl, to feed himself, and that he would have a host of very challenging health issues, being immunocompromised, that he would suffer from dangerous seizures that have brought us to the hospital … visual impairment, uncontrolled movements … it’s an endless list."

Most of those predictions have come to pass, Scott said. The disorder also shortens life expectancy, the dad said.

"We’ve been in and out of the hospital. He participates in usually around 20 therapy appointments per week. And, developmentally, he is not able to do most basic things. So, what we were told was going to happen was accurate, but it doesn’t change our resolve to change that course, and we believe that we’re going to be able to do it."

There’s physical therapy and aqua therapy for his muscles, to build a stronger core, and move effectively; occupational therapy, so he can acquire motor skills and teach him about cause and effect; and speech therapy. The venues for the therapy sessions are a mix of in the house, at a center in Garden City, and even up in Boston for services that aren’t available locally. During the peak of the pandemic, Eli’s therapy was directed via on Zoom. (Due to his condition, he is immunocompromised and thus at heightened risk for COVID-19.)

Insurance covers some, but not all, of the services he needs, and Scott’s wife, Ilissa, left her job as a fashion sales executive to care for their son full-time and help shepherd the nascent foundation.

"We’re fighters, and we root for underdogs, and for us, this became our mission," said Scott, a lawyer for American Express, who like his wife is 37.

Their website, webelieveinacure.org, states the foundation, which he says has raised $2 million so far, has a goal of $7 million to fund ongoing projects at MIT, Harvard, the University of Massachusetts, Tel Aviv University and elsewhere.

"(1) We love our kids endlessly; and (2) We’re going to fight like hell to cure this condition. We refuse to accept Eli’s prognosis or to sit idly by while nature runs its course," the website says.

In the meantime, the couple has worked to explain Eli’s condition to his sister.

The message: "We’ll see. We don’t know. Part of what’s exciting about growing up is that we don’t know all the answers and we learn them together. So we tell her that it’s great that she’s concerned about her brother, and her brother loves her back, and only time will tell. We’ll see what happens."

1:50
Can you ask someone if they're vaccinated without sounding judgmental?
What should I know about the delta variant?
29:22
Zero mortality for fully vaccinated Long Islanders
Encouraging COVID shots can be tricky for employers
Suffolk sees lowest number of COVID-19 positives since pandemic's start
Biden pushes shots for young adults as variant concern grows
Didn’t find what you were looking for?