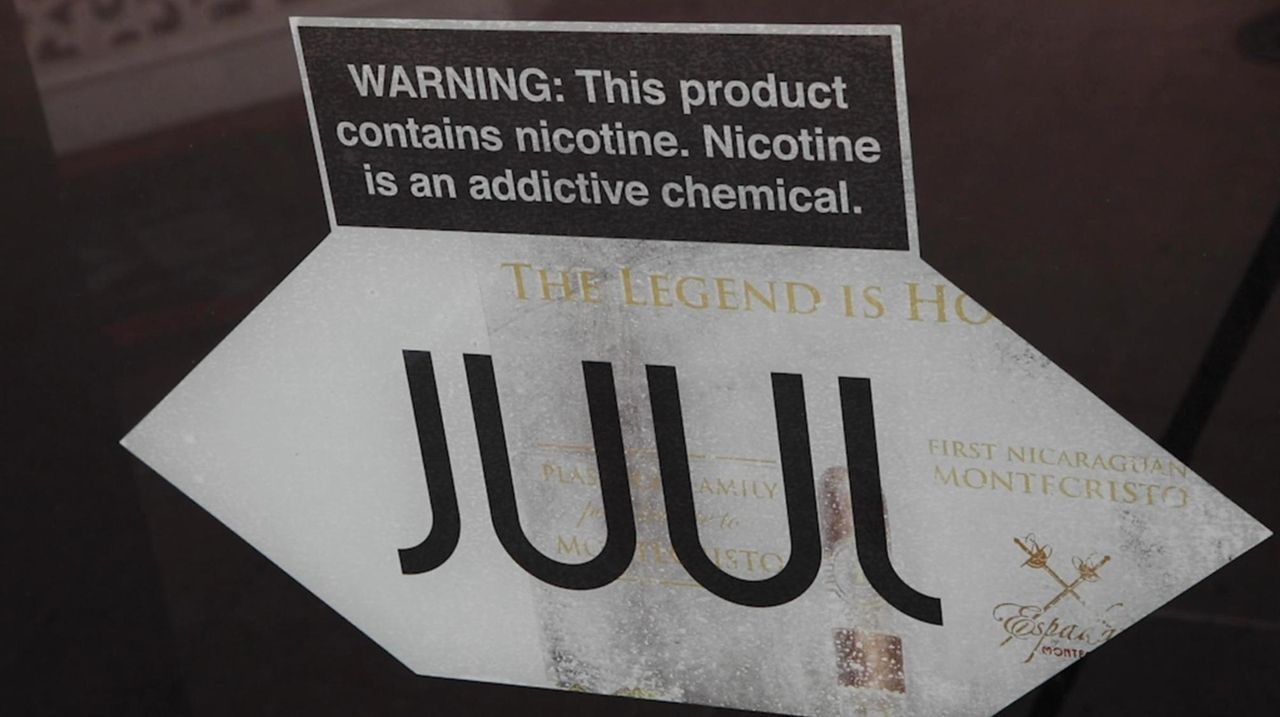 New York’s ban on flavored vape products went into effect May 18, and vape industry leaders say that has led some stores to close, with others barely hanging on. Shop owners like Samet Bal, co-owner of Cloud Vapor & Smoke, say the ban and the COVID-19 pandemic are making it hard for stores to stay open. Credit: Barry Sloan

The ban, which was aimed at reducing vaping by minors, came after a sharp fall in the number of lung illnesses and injuries associated with vaping. The number of those illnesses surged in August and September 2019 and had killed 68 people by Feb. 18, when the U.S. Centers for Disease Control and Prevention stopped collecting state health data on the illnesses because of the decline in cases.

The CDC concluded that vitamin E acetate, which was sometimes added to vape products containing THC, the chemical in marijuana that causes a high, was “the primary cause” of the illnesses, Brain King, a deputy director in the CDC’s Office on Smoking and Health, said in an email.

New York’s ban, which went into effect May 18, allows the sale only of vape liquids that are flavorless or taste like tobacco. A ban on all online vape sales started July 1.

Some vape shops have shut down since the flavor ban, and others “are just barely hanging on,” said Cheryl Richter, executive director of the New York State Vapor Association.

Tammy Mink, owner of Shore Vapes in Glen Cove, said the ban, and a Nassau County ban on all flavors except menthol and mint that went into effect Jan. 1, “killed our business.” About 90% of pre-ban sales of vape liquids were of flavored products, she said.

Mink said most of her customers started vaping to stop smoking — as she did — and some have now returned to smoking.

Mink said she would have welcomed a crackdown on sales of vape products to people under 21. Instead, the ban “opened up a black market,” she said. “It will not stop the kids from getting it.”

Several stores on the Shinnecock reservation — which asserts it is exempt from the ban because of its legal sovereignty — still sell flavored vape products, said Taobi Silva, a former tribal trustee who co-owns a vape store and manages a smoke shop that sells vape products and traditional cigarettes.

Silva saw increased sales after the ban went into effect “but not as significant as we were expecting.” That’s largely because gas stations and bodegas outside the reservation, as well as people operating from their car trunks, illegally sell the flavored products, he said.

Mink said she is only able to stay in business because she added CBD products, juices, herbal teas and other non-vape products to her inventory.

Samet Bal, co-owner of Cloud Vapor & Smoke in Smithtown, said the ban, coming after COVID-19-related restrictions on sales, meant that he and other vape shop owners were stuck with unsold flavored vape products.

“They never gave us any opportunity to liquidate the product,” he said.

The current ban was passed by the State Legislature and signed by Gov. Andrew M. Cuomo. A state health council approved a ban in September, but a state appeals court blocked enforcement after a lawsuit filed by the Washington, D.C.-based Vapor Technology Association. Association president Tony Abboud said in a statement Thursday that the group “does not have any plans to litigate” the new flavor ban.

State officials say the flavor ban is needed to curb youth vaping. In 2018, 27% of high schoolers, and 40% of high school seniors, vaped, compared with only 4.3% of high school students who smoked tobacco, according to the state health department, which expects to release 2019 data later this year.

Dr. Sameer Khanijo, a pulmonologist at Northwell Health, said the flavor ban is “a good first step trying to get children not to use these products,” because flavors like bubble gum were attracting children to vaping.

He said adults who vape to stop smoking “just trade one addiction for another.” Vaping damages the lungs, and although it may be less dangerous than smoking cigarettes, the long-term effects of vaping are still unknown, he said.

The drop in the number of lung-injury cases likely was because vitamin E acetate became less common in vape products, awareness of health risks grew, and law enforcement took action, the CDC said.

More than 2,800 people had lung injuries related to vaping, as of Feb. 18, the CDC says. In New York, there have been 183 cases through this month, with five deaths, said state health department spokesman Jonah Bruno.

Vaping may make those who contract the coronavirus more susceptible to serious cases of COVID-19, Khanijo said. “It makes physiological sense” that would be the case, although research is limited on the topic, he said.

A study published online on Tuesday in the Journal of Adolescent Health found that people ages 13 to 24 who used e-cigarettes and traditional cigarettes were 4.7 times more likely than nonusers to have COVID-19-related symptoms.

Dr. Bonnie Halpern-Felsher, a professor of pediatrics at Stanford University and an author of the study, said in an email that “we feel that e-cigs/vaping is the driver here,” rather than traditional cigarettes.