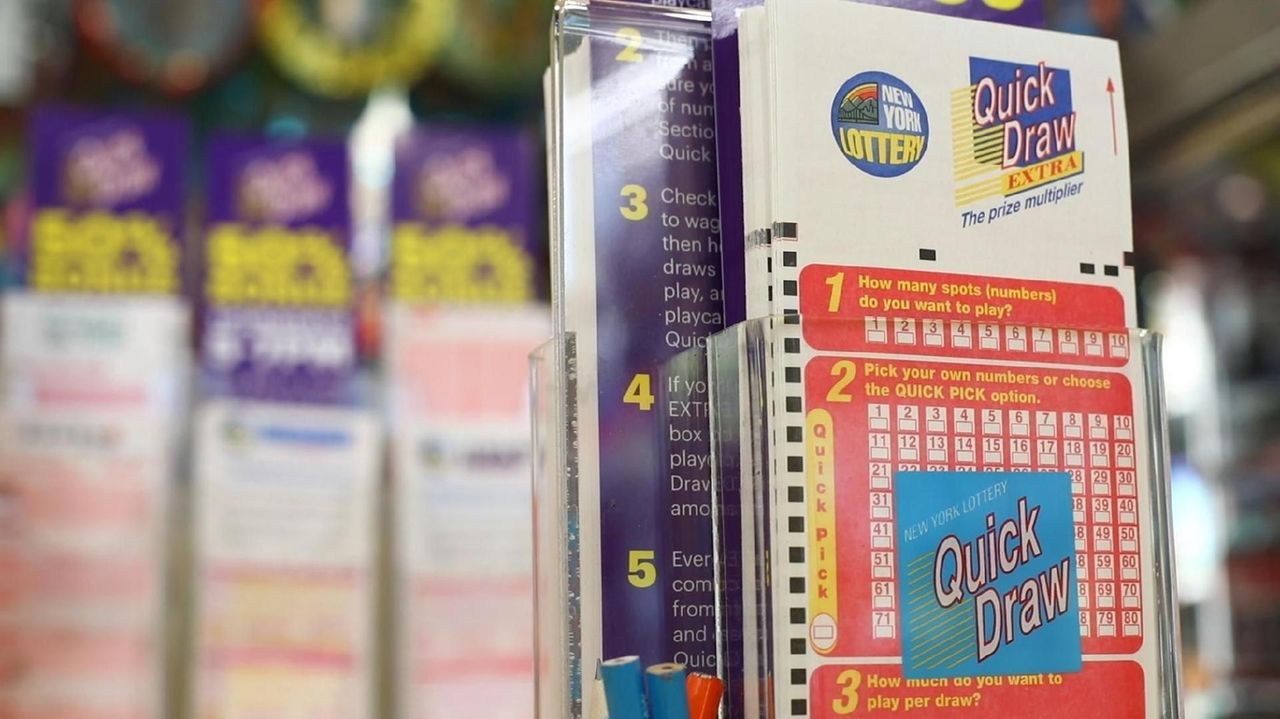 On Friday, Jan. 5, 2018, Long Islanders were purchasing tickets for this weekend's lottery drawings.  The Mega Millions jackpot is estimated to be $450 million, the fourth-largest amount in game history, and Powerball has now escalated to $570 million for Saturday's drawing. Credit: Newsday / Chris Ware

With two gargantuan jackpots totaling more than a billion dollars up for grabs this weekend, one little BP gas station in Brentwood became Dream Central for many lottery players.

The place had a million-dollar winner in Wednesday’s Powerball drawing, which boosted its mojo in the eyes of those who wager on these games of chance. Friday’s Mega Millions drawing is worth $450 million, while Saturday’s Powerball jackpot has grown to $570 million.

For Deidre McVay, 48, a big win would mean buying new homes for her kids, and setting up her grandchildren for life.

As of 1 p.m. Friday, the dueling jackpots were selling a half-million tickets an hour just in New York State, said lottery spokeswoman Carolyn Hapeman. The games, each costing $2 a ticket, are played in all but six states.

Her advice: “Don’t wait until the last minute. It’s cold outside and the lines will be long.”

Tips from past lottery winners, experts: Don't talk about it

Inside the BP station on Washington Avenue, cashier Reyna Vasquez doled out a steady stream of tickets to players, some of whom are so familiar she knows their favorite betting numbers by heart.

“They tell me if they win they’ll buy a car for me,” she said. “I always like giving good luck to people.”

Late Friday morning, one such regular came in and whispered to Vasquez that he was the million-dollar winner. He wore dark sunglasses and a hood over his head, and when approached in the parking lot he denied it all. Lottery officials say that as of Friday, no winner had come forward.

The winning ticket holder is one of five second-place winners who just missed out on Wednesday’s Powerball jackpot, according to the New York Lottery.

Many at the gas station got into the fun Friday. Ron Remi strolled in and said to Vasquez, “I was in here three days ago. You couldn’t sell me the winning ticket?”

Retired bus driver Edward Marrero forked over $10 for a handful of tickets, as he has for the past 40 years. He’s hit the jackpot for $500 a few times, but that’s hardly put him ahead. His wife gives him all kinds of grief for the money he shells out.

But one day, he hopes, he’s going to show her a big winning ticket and all their worries will be over.

Until then, he knows this is “a bad habit. It’s actually gambling.”

Jose Morales, another regular, has a different approach. Often when he plays the lottery, he doesn’t even tell his wife.

But ask him about winning and his eyes grow wide, he laughs and starts to whistle.

“Imagine that,” he said.

It’s a little different for Maritza Perez, 61, of Brentwood. She and her husband play the lottery all the time. They often talk about what life would be like if they hit it big. She could leave her school security job after 24 years, pay off her daughter’s home and spread wealth among her loved ones.

“Everyone has a dream,” she said. “A dollar and a dream.”