With 73 co-sponsors for the bill, a supermajority that could easily overcome a filibuster, and passage in the House with 402 votes, Gillibrand (D-N.Y.), the main sponsor, rose midday on the floor and requested that the program and its funding be extended without objection.

Citing the $22 trillion federal debt, Paul said, “Therefore, any new spending that we are approaching, any new program that will have the longevity of 70, 80 years should be offset by cutting spending that’s less valuable. We need at the very least to have this debate.” 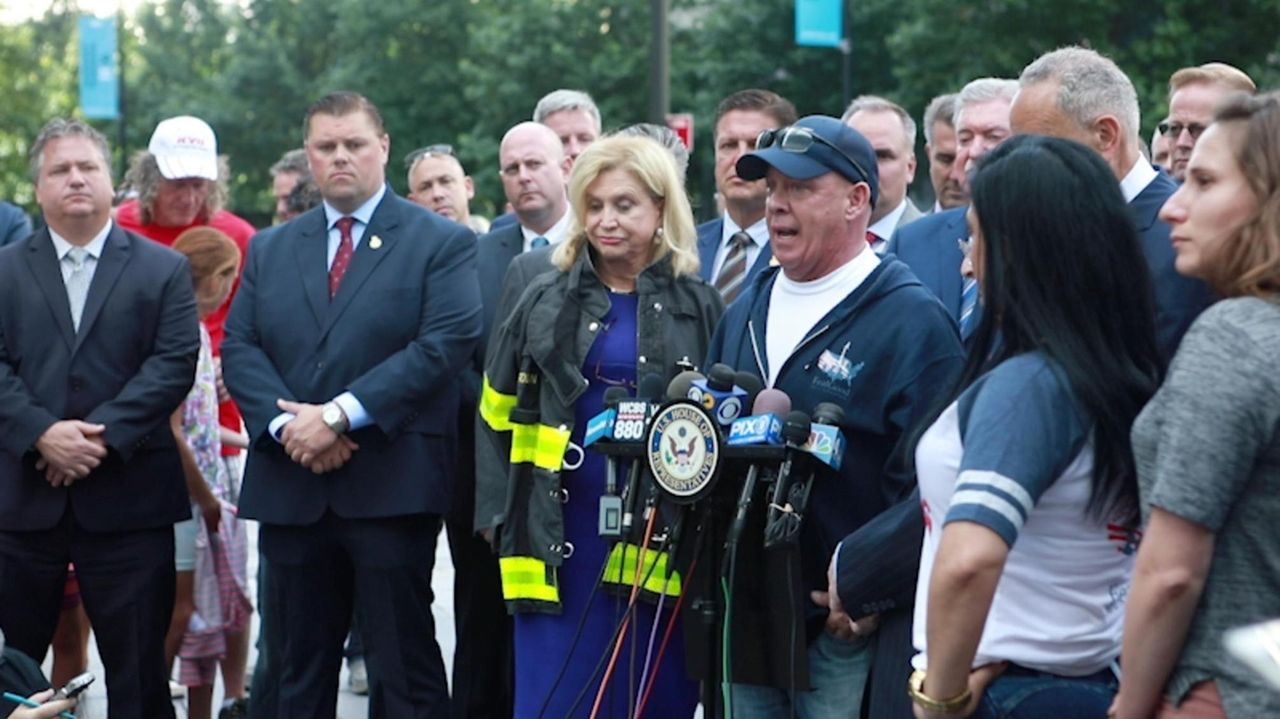 Paul said he would offer an amendment if the bill comes to the floor. Until then, he said, “I will object.”

Gillibrand said she was disappointed, adding, “Enough of the political games.”

The fund, which gives cash grants to those affected by the toxic debris and air after the terrorist attack on the World Trade Center, is running low on money. The fund’s awards have shrunk by as much as 70 percent. Unless reauthorized, the fund will expire in 2020.

The Congressional Budget Office estimated that the first 10 years of the 70-year extension would cost $10.2 billion for the cash grants made to residents or workers in the lower Manhattan area affected by the World Trade Center attacks on Sept. 11, 2001.

“We have always honored those who fought in our wars,” Schumer said. “Well, the first responders are New York soldiers. Like our armed forces overseas, they ran to danger and risked their lives.”

Sen. Mike Lee (R-Utah) raised concerns about whether the fund is effectively run.

“Sen. Lee fully expects the 9/11 compensation bill to pass before the August recess and he is seeking a vote to ensure the fund has the proper oversight in place to prevent fraud and abuse,” his spokesman, Conn Carroll, said in a statement.

A Gillibrand spokeswoman said, “This is a red herring because this program has been up and running since 2011 with no fraud or abuse.”

McConnell said in recent weeks that the Senate would take up the bill before the summer recess, which begins Aug. 3. On Wednesday, his spokesman said he had no announcements to make.

Ben Chevat, executive director of 9/11 Health Watch, said, “My belief is that Sen. McConnell is fulfilling his commitment to 9/11 responders and working to bring the bill to a vote under the Senate rules.”