U.S. Attorney General Jeff Sessions vowed in an appearance Friday at Kennedy Airport to wage a law enforcement “war” on opioids, akin to the anti-drug efforts of the 1980s.

Addressing about 50 uniformed U.S. Customs and Border Protection officers, Sessions praised the federal government’s mobilization decades ago “when the problem was so big,” an apparent reference to the crack cocaine epidemic.

“I’m convinced this is a winnable war,” Sessions said. “We’ve done it before.”

In a speech Thursday in Washington, D.C., Sessions had echoed a famous line of the late first lady Nancy Reagan, saying, “We’ve got to re-establish first a view that you should say ‘no’ — people should say ‘no’ to drug abuse.” 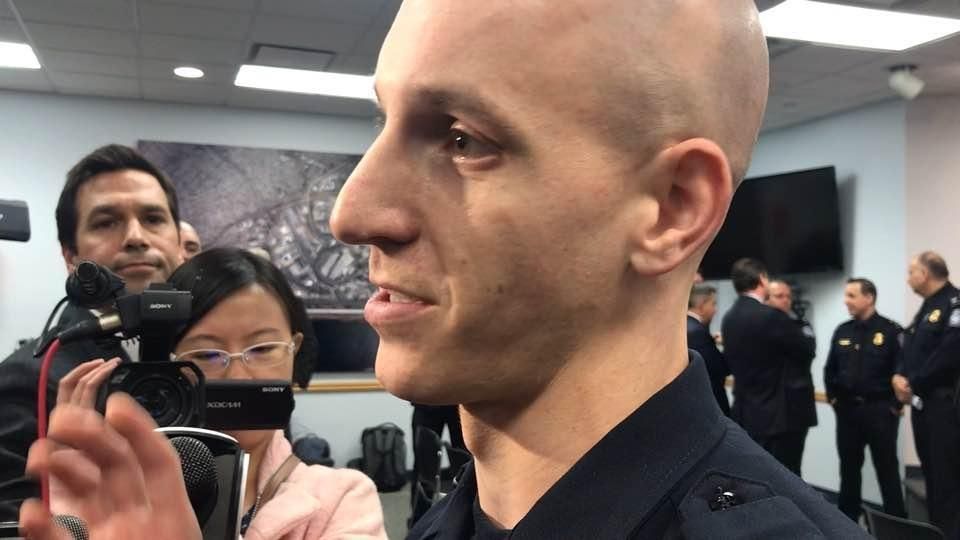 Border officer from LI describes how he spots drugs Thomas Pagano of Valley Stream, an officer of the U.S. Customs and Border Protection force, was responsible for 30 seizures of fentanyl at Kennedy Airport's international mail facility. There have been 80 seizures this year, compared to seven last year. Friday, Oct. 27, 2017 (Credit: Newsday / Matthew Chayes).

According to the U.S. Centers for Disease Control and Prevention, opioids caused 33,000 deaths in 2015. Nearly half of overdose deaths involved a prescription opioid, according to the agency.

At Kennedy, Sessions also said about 20,000 Americans died last year of the painkilling narcotic fentanyl and synthetics. He called fentanyl the “No. 1 killer-drug in America.”

Sessions pledged more scrutiny of doctors who write prescriptions and prosecutions of those who in the government’s view prescribe drugs inappropriately.

He said the nation also must build a wall along the U.S.-Mexico border — a key proposal of President Donald Trump.

“A border wall is an important step to stopping the flow of drugs,” Sessions said.

Trump did not declare a “national emergency,” as he promised in August and as a presidential candidate, which would have unlocked federal dollars.

Sessions on Friday said Trump has ordered him to “back the police, back the people in blue.” With drugs “more powerful, more addictive, and more dangerous than ever,” Sessions said, “our drug law enforcement efforts are more important than ever.”