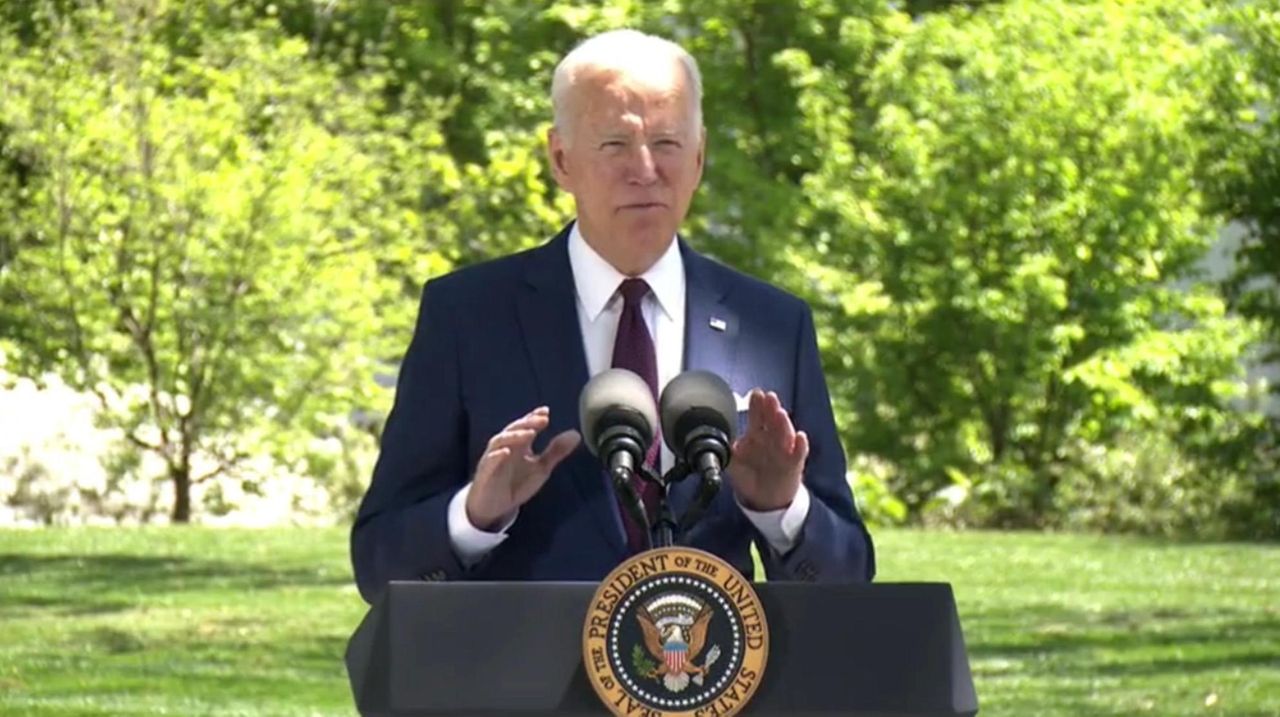 WASHINGTON — President Joe Biden will deliver his first address to a joint session of Congress on Wednesday in a prime-time speech that lands the night before his 100th day in office.

The affair — typically attended by hundreds of lawmakers, members of the Supreme Court, top Pentagon officials and most of the president’s Cabinet — will be scaled back dramatically because of COVID-19 concerns.

In years past, nearly 1,600 attendees have been seated in the House chamber. This year, attendance has been pared to about 200 lawmakers and dignitaries, according to officials involved in the planning.

Lawmakers and the White House also have scrapped plans to invite guests from across the country because of pandemic restrictions.

Wednesday’s address also will mark the first time both dais seats behind the president will be filled by women: Vice President Kamala Harris, in her capacity as president of the Senate, and House Speaker Nancy Pelosi (D-Calif.).

After Biden’s speech, Sen. Tim Scott (R-S.C.), whose name often is floated as a potential 2024 GOP presidential candidate, will deliver the Republican response to the president’s address.

White House press secretary Jen Psaki, speaking to reporters on Monday, said the event "won’t look, or feel, or sound like it has in the past."

But from Biden’s "vantage point it still is an opportunity to speak directly to the American people about the progress that's been made, the work that's still ahead," Psaki said.

Here are five things to watch for on Wednesday:

Biden is expected to lay out part two of his infrastructure package. The proposal focuses on expanding access to education, health care and child care programs.

Last month, Biden unveiled the first part of his proposal — the $2.3 trillion American Jobs Plan that would fund physical infrastructure upgrades such as road and bridge repairs, along with railway improvements, including the $11 billion Gateway Tunnel between New York and New Jersey under the Hudson River.

The second part of Biden’s program — the American Families Plan — will focus on increasing access to child care, elder care and higher education, according to the White House. The initiatives included in the $1.8 trillion plan include increasing free prekindergarten programs, making two-year community colleges tuition-free and bolstering paid family and medical leave programs.

All told, Biden's infrastructure package would cost $4 trillion over an eight-year period.

Biden proposes to cover the bill through a series of tax hikes.

The physical infrastructure projects would be paid through increases in the corporate tax rate.

The so-called human infrastructure projects would be funded through a series of tax hikes on personal investments, such as stock transactions and real estate sales.

The White House says the tax increases will not affect individuals earning $400,000 or less a year in income.

Republicans so far have expressed willingness to negotiate on a scaled back infrastructure package.

But they have rejected the Biden tax increases. Instead, they have suggested a series of user fees to pay for upgrades to roadways, bridges and electrical grids.

Biden has met with small bipartisan groups of lawmakers at the White House about the plan.

But Biden's speech to Congress Wednesday will allow him to "speak directly to the American public" to rally support for the plan, said former Rep. Steve Israel.

Israel, a Huntington Democrat who attended 16 joint session speeches, said the speech will give Biden the opportunity "to dominate the narrative" about his infrastructure plan and other legislative priorities.

"This is a prime-time moment in the spotlight," said Israel, director of Cornell University’s Institute of Politics and Global Affairs.

"Presidential speeches come and go, but addresses to Congress can be memorable," Israel said. "What you're trying to do is define the news cycle for as long as possible."

Speeches to joint sessions of Congress always have been high-security affairs, with lawmakers and dignitaries usually lining up for security screenings hours before the start of the speech.

Security is expected to be even tighter in the wake of the Jan. 6 attack on the U.S. Capitol.

Acting U.S. Capitol Police Chief Yogananda Pittman told lawmakers during a hearing in February that the agency had intelligence that "members of the militia groups that were present on January 6 have stated their desires, that they want to blow up the Capitol and kill as many members as possible, with a direct nexus to the" presidential address to Congress.

Pittman said "enhanced security" around the Capitol building, including the use of National Guard troops, would remain in place "until we address those issues going forward."

The Biden event, Pittman said, has been designated a National Special Security Event involving extra layers of security orchestrated by the Secret Service.

With more than half of U.S. adults having received at least one coronavirus vaccine dose, Biden is expected to issue another direct appeal to Americans who are reluctant to sign up for one of three federally approved vaccines.

Nassau’s vaccination rate mirrors the national trend, with 50.1% of county residents having received at least one shot as of Monday morning.

In Suffolk, 43.6% of residents have received at least one dose, according to state health data.

Biden in a series of White House speeches and in a prime-time Oval Office address repeatedly has urged Americans to get vaccinated.

But Wednesday’s speech before a bipartisan audience of vaccinated lawmakers will provide him another opportunity to reach viewers on the fence about getting shots.

"To celebrate our independence from this virus on July Fourth with family and friends in small groups, we still have more to do in the months of May and June," Biden said last week.

Biden will also use his speech to urge lawmakers to pass the George Floyd Justice in Policing Act.

"It's absolutely a priority on his mind and he feels this is a moment where there should be momentum for action," Psaki said.

The president’s call to action will come a week after a Minneapolis jury convicted ex-police Officer Derek Chauvin of murdering Floyd during an arrest attempt last May.

House Democrats approved the bill last month, but it faces a hurdle in the evenly split Senate, where legislation requires 60 votes to pass.

Republicans have pushed back against the legislation, which would ban the use of chokeholds and federal no-knock warrants.

Scott, who has put forward a GOP counterproposal, has been negotiating with Sen. Cory Booker (D-N.J.), the lead sponsor of the Floyd bill in the Senate, in hopes of developing compromise legislation.

Biden is expected to press Congress for action on other legislative priorities. They include passage of stricter background check laws for gun sales after recent mass shootings, tackling immigration reform amid an increase in asylum-seekers at the southern border and other issues that will come more into focus as coronavirus infection rates drop, Psaki said Monday.

Biden’s address will be "an opportunity to lay out his agenda, but it will not represent the totality of every proposal he wants to achieve during the course of his presidency," Psaki said.