About 25,000 members of the National Guard are expected to secure the U.S. Capitol complex on Inauguration Day. Credit: AP / Jacquelyn Martin

WASHINGTON — Vice President-elect Kamala Harris and top advisers to President-elect Joe Biden sought to project confidence Sunday that the two Democrats will take the oath of office on the steps of the U.S. Capitol on Inauguration Day, even as intelligence officials warn of possible armed protests around the nation’s capital.

"We are going to get sworn in, and we're going to do the job we were hired to do," Harris told CBS’ "Sunday Morning" when asked about security concerns for Wednesday’s ceremony following the deadly Jan. 6 attack on the Capitol by a pro-Trump mob.

Security has dramatically ramped up throughout the nation’s capital in the wake of the attack — barricades and barbed wire block once-public streets, thousands of U.S. National Guard troops have been deployed, and the National Mall, where masses of spectators have long gathered to witness the inauguration ceremony, has since been shut to the public.

Incoming White House communications director Kate Bedingfield told ABC’s "This Week" that it was the Biden-Harris team’s "plan and expectation" that Biden "will put his hand on the Bible with his family outside on the west side of the Capitol on the 20th." 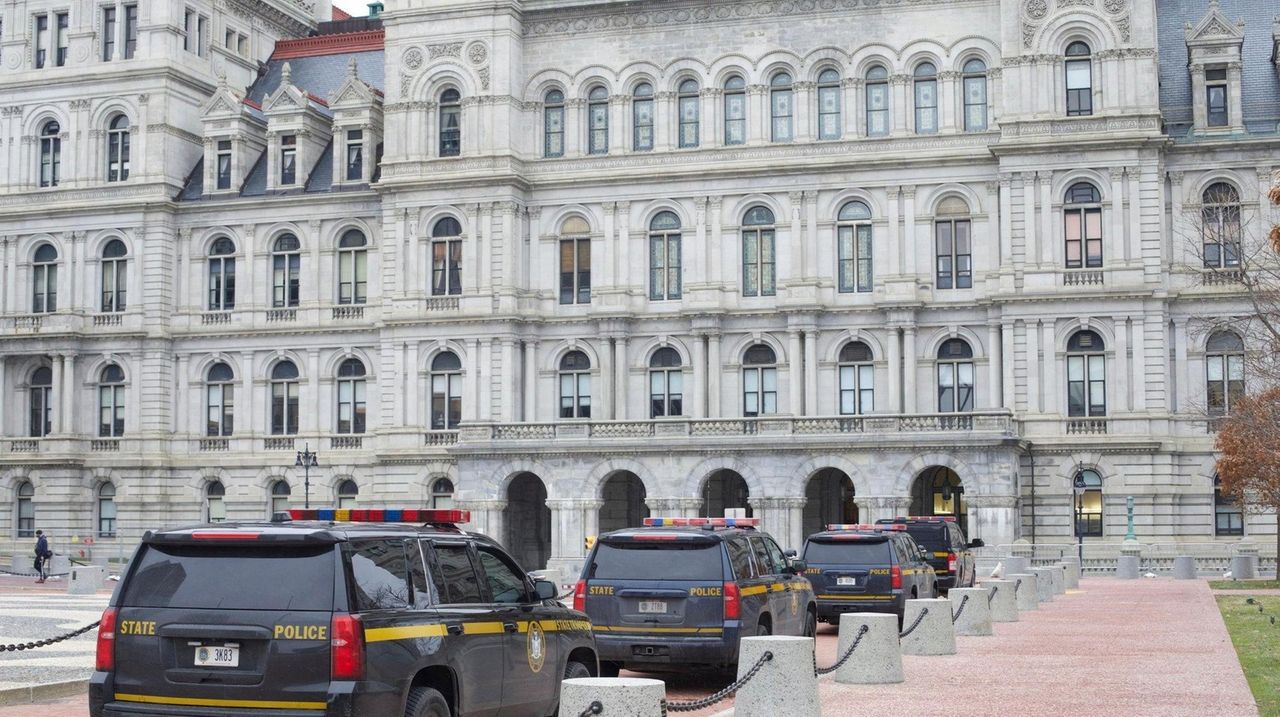 "I think that will send an incredibly important visual image to the world about the resilience of American democracy," Bedingfield said.

Bedingfield said she had "full faith" that the U.S. Secret Service and other law enforcement agencies would ensure "this event is safe."

Biden’s team in the past week canceled previously planned rehearsals at the Capitol complex, and an Amtrak train ride from the president-elect’s home state of Delaware to D.C. has also been scrapped because of security concerns.

Incoming White House Chief of Staff Ron Klain told CNN's "State of the Union" that Biden has "asked Lisa Monaco, the former homeland security adviser to President [Barack] Obama, to be on point for him in the final days of the transition, and we will have a team in place in the White House to monitor" the ongoing threats against Biden and Congress.

More than 25,000 National Guard troops have been authorized to protect the nation’s capital in the coming days.

District of Columbia Mayor Muriel Bowser, appearing on NBC’s "Meet the Press," said she remained concerned about security threats beyond the immediate area surrounding the White House and Capitol building.

"What you're showing is really the federal enclave of Washington, D.C., not where the 700,000 of us live," Bowser said. "So our police department working with our federal law enforcement partners and the United States Army, quite frankly, also has a plan to pivot if we have any attacks in our neighborhoods."

The FBI last week issued a bulletin warning law enforcement agencies that "armed protests are being planned at all 50 state capitols ... and at the U.S. Capitol" in the days leading up to the inauguration and on Jan. 20.

Biden answered "yes" to reporters' questions last Friday about whether he felt safe taking the oath of office publicly.