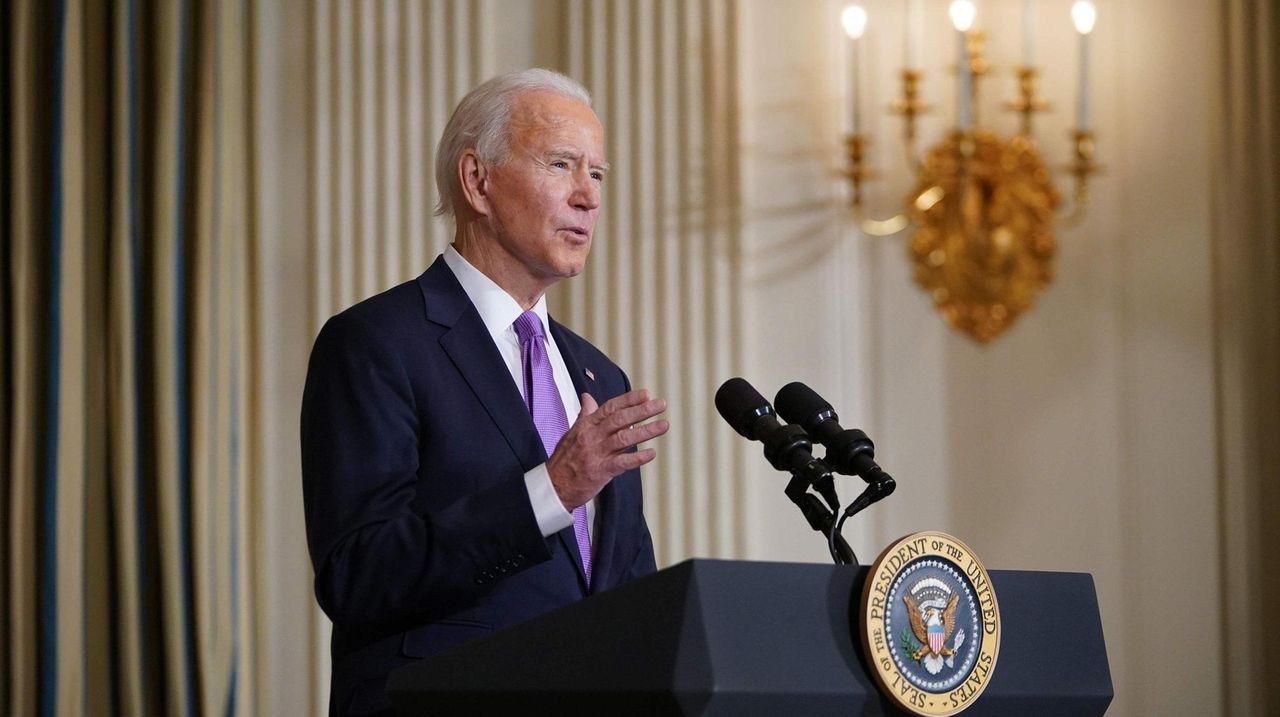 WASHINGTON — President Joe Biden on Tuesday signed a series of executive orders aimed at promoting racial equity, including bolstering fair housing regulations that his predecessor Donald Trump repealed and once claimed would "abolish the suburbs."

Calling last year’s death of George Floyd at the hands of a Minnesota police officer, a "turning point" that "opened the eyes of millions of Americans" to issues of racial inequality, Biden said "this is the time to act" on addressing those inequities.

The orders signed by the president call on the federal housing department to "redress historical racism in federal housing policies," ban the Department of Justice from contracting out services to for-profit prisons, condemn "inflammatory and xenophobic rhetoric" targeting Asian Americans in the wake of the coronavirus, and aim to improve communication between federal agencies and American Indian tribal leaders.

"We need to make equity and justice part of what we do everyday," Biden said in brief remarks from the White House.

Need a guide to Biden's picks for his Cabinet and top jobs? We've got one.

The first order signed by Biden in a White House ceremony calls for the Department of Housing and Urban Development to "redress historical racism in federal housing policies."

A senior administration official speaking to reporters by phone before the ceremony said the order asks the housing agency to review housing policies implemented by the Trump administration, including Trump’s repeal of the Obama-era Affirmatively Furthering Fair Housing regulations. The order calls on the agency to take "necessary steps" to ensure all of the agency’s regulations uphold the 1968 Fair Housing Act.

The Obama-era regulations repealed by Trump, often referred to as AFFH rules, are aimed at upholding existing protections guaranteed in the landmark Fair Housing Act. The rules require local governments seeking federal housing and development funding to track patterns of poverty and segregation and develop corrective plans to address disparities in access to housing, transportation and education.

President Obama unveiled the rules in 2015 nearing the end of his presidency, but they were short-lived after Trump took office. Trump’s Secretary of Housing and Urban Development, Ben Carson, put a freeze on the rules in 2018, calling them "burdensome" to local governments. Trump formally rolled back the rules in July, often touting the repeal on the campaign trail by saying it would be embraced by "suburban housewives."

Trump disparaged the fair housing regulations, arguing that ensuring all equitable access to housing and services would "destroy suburbia."

Biden in his executive order established a different position, asserting that "throughout much of the 20th century, the Federal Government systematically supported discrimination and exclusion in housing and mortgage lending."

"While many of the Federal Government's housing policies and programs expanded homeownership across the country, many knowingly excluded Black people and other persons of color, and promoted and reinforced housing segregation," states the order. "Federal policies contributed to mortgage redlining and lending discrimination against persons of color."

Newsday’s "Long Island Divided" series, published in 2019 after a three-year investigation into real estate practices in Nassau and Suffolk, found key protections of the 1968 law are rarely enforced.

Wilder, who wrote to the Trump administration last year opposing the repeal, argued that the rules are "very necessary on Long Island, because it will push the municipalities" to spend federal development dollars in a way "that will eliminate segregation, that up until now they have not been forced to do."

White House Domestic Policy Adviser Susan Rice, speaking at Tuesday’s White House press briefing, said the orders were part of a broad effort by the new administration to commit "the whole of our government to advancing racial justice and equity for all Americans."

"For too many American families systemic racism and inequality in our economy, laws and institutions still put the American dream far out of reach," said Rice.

Rice, who served as United Nations ambassador and national security adviser under Obama, acknowledged the orders could be reversed by future administrations, and raised the possibility of seeking support from Congress to enact laws that would preserve Biden’s actions.

Rice said that under Biden’s order, the Justice Department will suspend the use of private prisons to detain federal prisoners. She said an Obama-era review by the department’s inspector general found the for-profit facilities were less safe for both correction officers and prisoners.

Need a guide to Biden's picks for his Cabinet and top jobs? We've got one.Do you recognize this Cabinet member elbow bumping with the VP? She was confirmed Thursday.