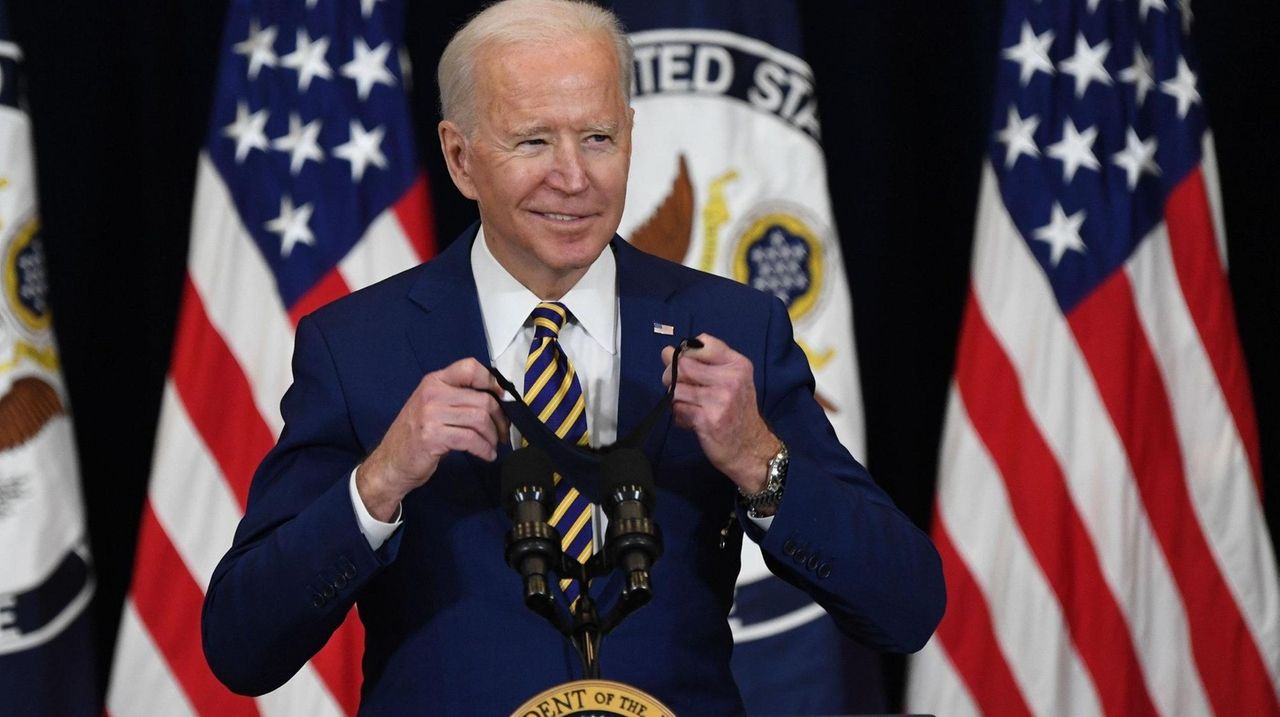 President Biden’s most public diplomatic efforts of his young presidency will signal to the world that America’s back after four years in which Trump pressed an "America First" mantra. Credit: YouTube / The White House

WASHINGTON — President Joe Biden on Thursday declared "diplomacy is back at the center" of American foreign policy as his administration announced moves aimed at restoring ties with long- standing allies while distancing the country from former President Donald Trump’s "America First" brand of diplomacy.

Biden, in his first foreign policy address as president, announced the United States will suspend a Trump-led effort to withdraw U.S. troops from Germany and will no longer support Saudi-backed military operations in Yemen. The president also asserted his administration will take a more hard-line posture with Russia compared with his predecessor and will increase the number of refugees admitted to the United States each year.

"The message I want the world to hear today: America is back," Biden said, speaking from the State Department headquarters. "Diplomacy is back at the center of our foreign policy. As I said in my inaugural address, we will repair our alliances and engage with the world once again not to meet yesterday's challenges, but today's and tomorrow's."

Biden’s stop at the State Department marked his first visit to a federal agency office since taking office two weeks ago. National Security Adviser Jake Sullivan told reporters the selection was designed "to send a clear message that our national security strategy will lead with diplomacy."

Biden, who was joined by Vice President Kamala Harris and Secretary of State Tony Blinken, said that over the past two weeks he has "spoken with the leaders of many of our closest friends — Canada, Mexico, the U.K., Germany, France, NATO, Japan, South Korea, and Australia — to begin re-forming the habits of cooperation and rebuilding the muscles of democratic alliances that have atrophied from four years of neglect and abuse."

"America’s alliances are among our greatest assets, and leading with diplomacy means standing shoulder to shoulder with our allies and key partners once more," Biden said.

"I made it clear to President Putin, in a manner very different from my predecessor, that the days of the United States rolling over in the face of Russia’s aggressive actions — interfering with our election, cyberattacks, poisoning its citizens — are over," said Biden, referring to his call with Putin last week. "We will not hesitate to raise the cost on Russia and defend our vital interests and our people."

Biden’s tone toward Putin was a departure from Trump, who often described Putin in collegial terms and often balked at condemning Putin’s actions on the international stage.

Biden said the United States would no longer move forward with Trump’s plans to withdraw about 9,500 of roughly 34,500 U.S. troops stationed in Germany. Trump had pushed for the withdrawal, accusing Germany of not spending enough of it’s own money on national defense.

Biden said the United States would increase the number of refugees admitted to 125,000 after the Trump administration reduced the number allowed entry to 15,000.

Thursday’s appearance by Biden was also meant to boost morale among a U.S. diplomatic corps that long complained about Trump’s approach to foreign policy.

"You are the center of all that I intend to do. You are the heart of it," Biden told State Department staff. "`We're going to rebuild our alliances. We're going to reengage the world and take on the enormous challenge we face dealing with a pandemic, dealing with global warming, and again, standing up for democracy and human rights around the world."