WASHINGTON — The top two Democrats in Congress boycotted a White House gathering Tuesday of Capitol Hill leaders on looming legislative deadlines, calling it “a show meeting that won’t result in an agreement” after President Donald Trump tweeted, “I don’t see a deal!”

Senate Minority Leader Chuck Schumer (D-N.Y.) and House Minority Leader Nancy Pelosi (D-Calif.) instead asked to work only with their GOP counterparts on meeting the Dec. 8 government funding deadline and other pressing issues.

They were rebuffed and their absence was emphasized by empty chairs flanking Trump in the Roosevelt Room. 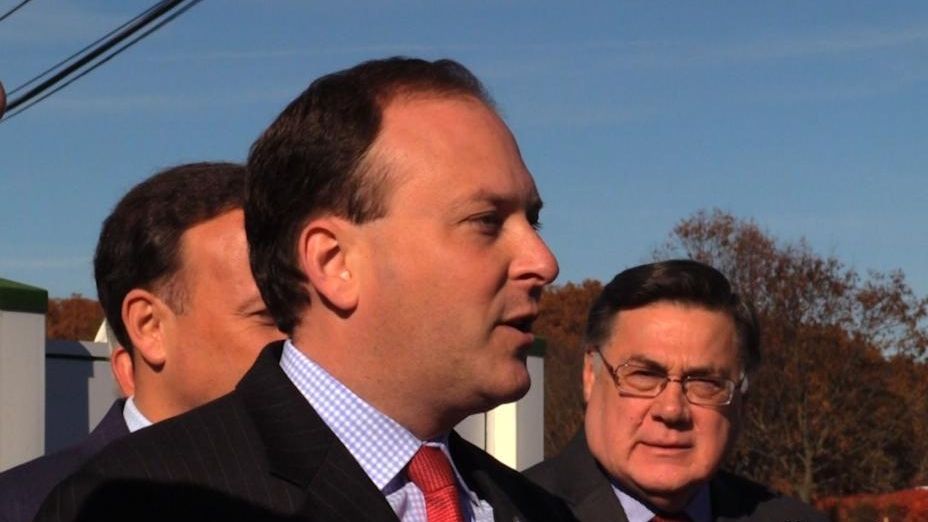 “They want tax increases and we want major tax decreases, so they decided not to show up,” Trump said. “They’ve been all talk and they’ve been no action. And now it’s even worse. Now it’s not even talk.”

On the prospect of a government shutdown, he said, “If that happens, I would absolutely blame the Democrats.”

McConnell and Ryan stressed that Schumer and Pelosi must work with the administration.

“I never refused to go to a meeting that President Obama called, a bipartisan meeting,” McConnell said at the Capitol before he departed for the White House. “So you’ll have to ask them why they think it’s appropriate to refuse to meet with the president of the United States over something as significant” as keeping the government open.

Meeting with “Chuck and Nancy” today about keeping government open and working. Problem is they want illegal immigrants flooding into our Country unchecked, are weak on Crime and want to substantially RAISE Taxes. I don’t see a deal!

“With this tweet this morning President Trump made sure that the meeting was nothing more than a photo op,” he said at the Capitol. “This is about the president not being serious.”

Schumer recalled that the two parties’ congressional leaders worked out a spending deal to keep the government open in April — without Trump, who, Schumer said, had earlier this year remarked that “our country needs a good shutdown.”

The senator said, “We’d be happy to sit down with the Republican leadership, and we can get this done without the president being involved.”

The verbal clash stretched from morning into the evening and came on a day that the president visited Capitol Hill to lobby the Senate GOP on tax legislation that he hopes will pass before Christmas. Trump had been scheduled to then host Congress’ Democratic and GOP leadership to discuss the government funding deadline, raising the debt ceiling and immigrants brought here illegally as children.

Tuesday morning, he tweeted: “Meeting with ‘Chuck and Nancy’ today about keeping government open and working. Problem is they want illegal immigrants flooding into our Country unchecked, are weak on Crime and want to substantially RAISE Taxes. I don’t see a deal!”

The Democrats said the sentiment caused them to balk.

Pelosi in the evening tweeted that Trump “now knows that his verbal abuse will no longer be tolerated. His empty chair photo opp showed he’s more interested in stunts than in addressing the needs of the American people. Poor Ryan and McConnell relegated to props. Sad!”