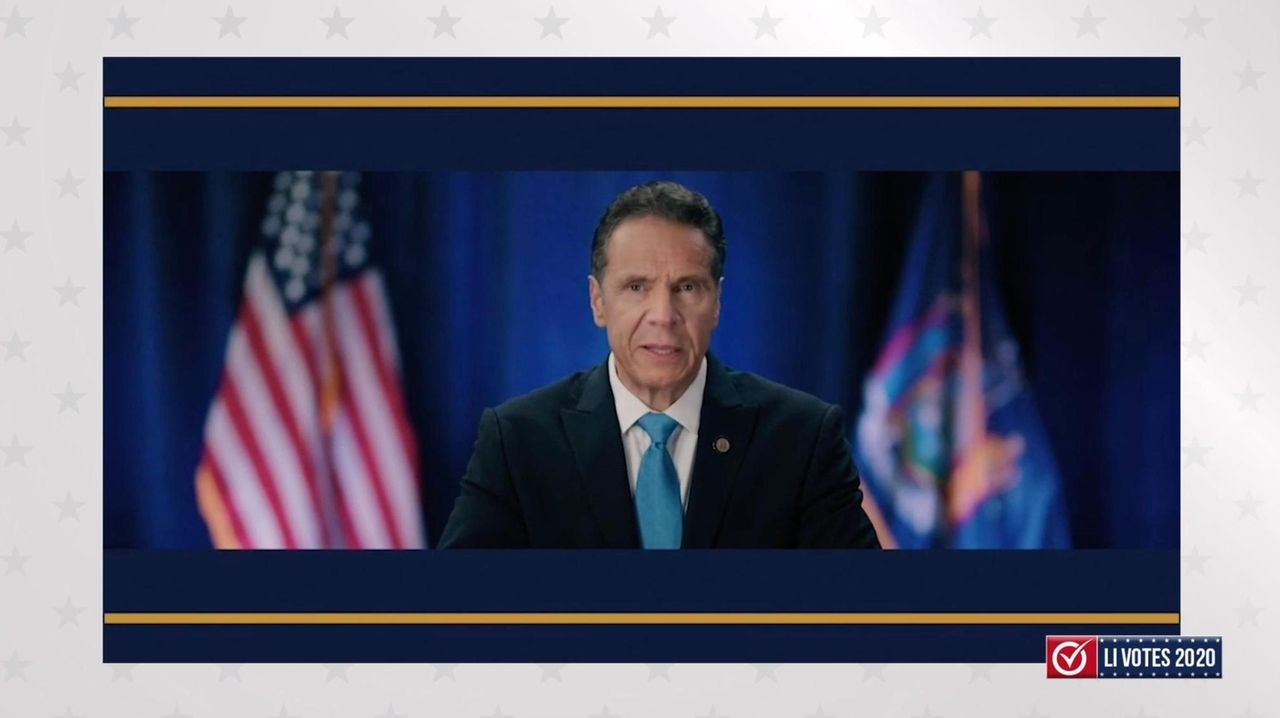 Newsday's Faith Jessie looks at Gov. Andrew M. Cuomo's speech at the Democratic National Convention. In it he blasted President Donald Trump, calling his administration incompetent and likening the current state of the nation to the coronavirus pandemic. Credit: Newsday

New York Gov. Andrew Cuomo says his state found a way to bring the coronavirus under control by following scientific guidelines and coming together — an example that he says the Trump administration has refused to follow.

Cuomo addressed the opening night of the virtual Democratic National Convention late Monday, saying New York was “ground zero” for the early outbreak in the U.S. He said the Trump administration “watched New York suffer” without learning from it.

“For all the suffering and tears, our way worked and it was beautiful,” Cuomo said, adding, “Americans’ eyes have been opened and we’ve seen the truth: That government matters and leadership matters.”

He said that the rest of the country will follow New York’s lead by wearing masks and practicing social distancing to slow the spread of the virus — despite inconsistent messaging from the White House. Cuomo also contrasted Trump with presumptive Democratic nominee Joe Biden, saying that Biden can be the kind of leader “who can build us up, not tear us down.”

Janison: Conventions can't escape COVID-19 contextThe 2020 election has everything to do with the coronavirus crisis, just as the 1968 vote was inextricable from the Vietnam War. Michelle Obama: President Trump 'clearly in over his head'The former first lady assailed President Donald Trump as unfit for the job and warned that the nation's mounting crises would only get worse if he's reelected. She issued an emotional call to the coalition that sent her husband to the White House. 2020 Democratic National Convention: Monday updatesSee updates from officials, Newsday staffers and more on the convention on its opening night.