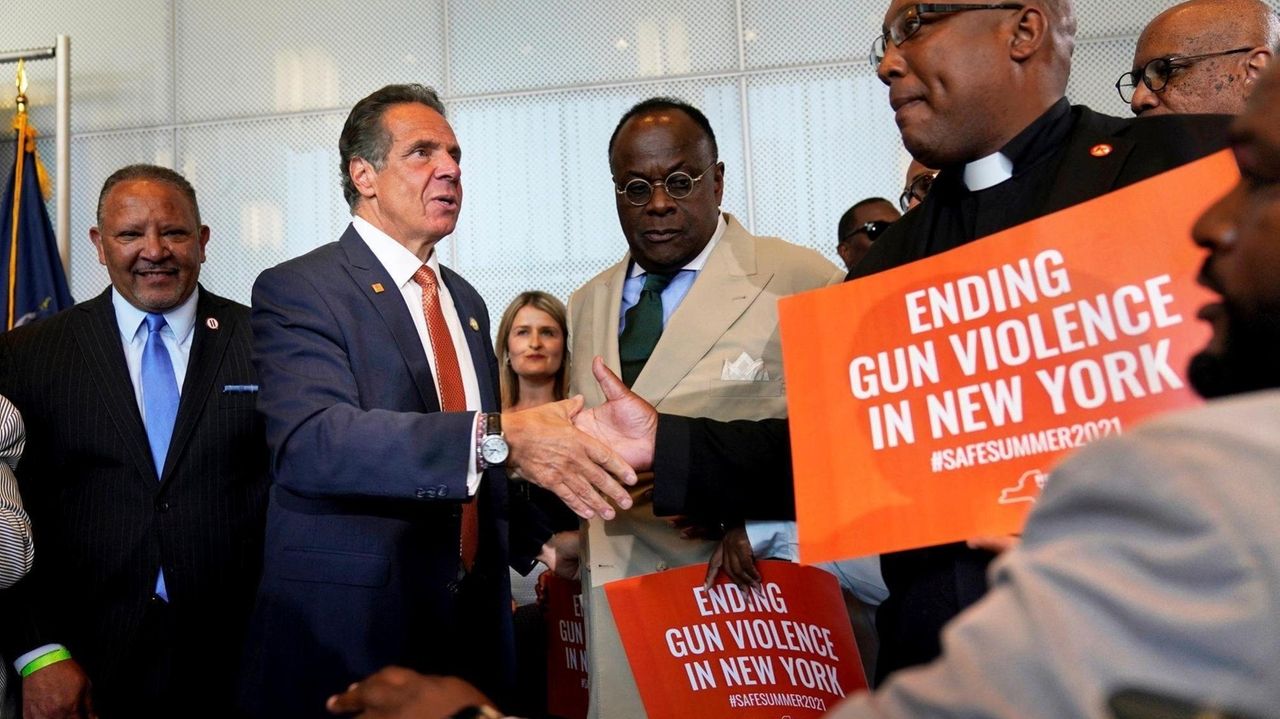 ALBANY — Gov. Andrew M. Cuomo on Tuesday declared a state of emergency because of gun violence throughout New York, signing an order to attack the trafficking of illegal guns from Southern states in a "border war" led by the State Police.

Cuomo also signed legislation that will make gun manufacturers subject to lawsuits for gun violence in which their products are used.

The new state law is designed to work around a federal law that granted firearms manufacturers immunity from such civil action under President George H.W. Bush in 2005.

The law, the first in the nation to limit the federal immunity, will subject firearms manufacturers to lawsuits for making, selling, importing or marketing guns that meet the legal definition of a "public nuisance."

Under the law, the state Attorney General or local government attorneys could sue manufacturers if their products were used in crimes including mass shootings, and the companies failed to provide for reasonable safety measures in the distribution of their products.

Experts have said that some manufacturers sell to unscrupulous distributors who supply the illegal trade in firearms used in crimes.

"Today, we’re working to level the playing field and give our people a chance to hold this industry responsible for its reckless business practices," said state Sen. Zellnor Myrie (D-Brooklyn), a co-sponsor of the manufacturer liability bill with Assemb. Patricia Fahy (D-Albany).

Cuomo said the law and an executive order declaring the nation’s first state of emergency over gun violence were part of a $138 million effort to produce practical results quickly.

"It has to happen now," Cuomo said in remarks at John Jay College of Criminal Justice in Manhattan.

"It is a matter of saving lives and New York’s future depends on it," Cuomo said. "This is not normally a state role, but these are not normal times."

As evidence of an emergency, Cuomo cited 51 shootings statewide, including in Nassau and Suffolk counties, over the July 4 weekend.

Cuomo's executive order provides for the quick release of funding for a summer jobs program with salaries paid by the state, union training in trades, and community sports and arts programs to help young people keep out of trouble.

Cuomo said employers have told him their workers were afraid to return to urban work places because of the violence and that will hamper New York’s economic recovery from the pandemic.

State Republican Chairman Nick Langworthy said Cuomo and the Democrat-led state Legislature were to blame for increases in gun violence.

Langworthy cited recent state laws that ended bail in most cases in an effort to level the playing field between low-income suspects who are locked up more often than wealthier suspects.

Langworthy and other Republicans also criticized Cuomo for easing restrictions that had forced some parolees back into custody for minor infractions such as being late for meetings with parole officers.

"We have a public safety crisis that has been created by Democrats who handcuff and villainize police, while coddling violent career criminals," Langworthy said.

Among actions Cuomo announced Tuesday were:

Also Tuesday, Cuomo signed a bill passed by the Legislature this year to deny gun purchases to individuals who have an outstanding court warrant.

Cuomo said the measure will counter a federal law backed by former President Donald Trump that permitted the sale of firearms to those facing warrants.

Another bill signed by Cuomo would ban the hiring of police officers who had faced misconduct charges at another police agency.

"When all you have is handcuffs and a gun, then the only thing that is going to amount to is an arrest," Cuomo said. "That does not work anymore in this society."