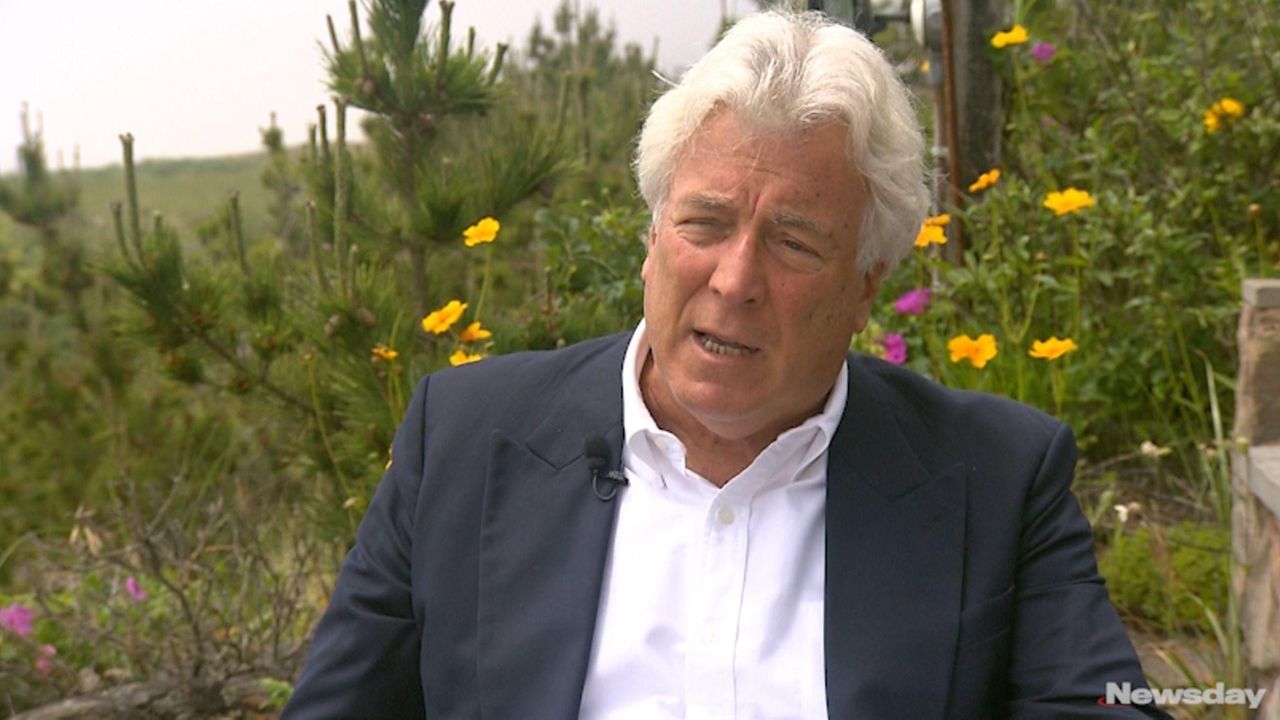 Michael J. Griffith of Amagansett on Tuesday, June 20, 2017, discussed the death of Otto Warmbier, the American college student who died Monday in his home state of Ohio, days after he was medically evacuated from North Korea. Griffith, a lawyer, had worked behind the scenes to try to free Warmbier after North Korea sentenced him to 15 years of hard labor in March 2016. Warmbier's family said it was told he had been in a coma since shortly after his sentencing. Credit: News 12 Long Island

WASHINGTON — White House press secretary Sean Spicer could not say Tuesday that President Donald Trump believes Russia interfered in last year’s election — a conclusion reached by numerous intelligence agencies and acknowledged by lawmakers on both sides of the aisle.

“I have not sat down and talked to him about that specifically,” Spicer told reporters, who had asked for a “yes” or “no” answer. “Obviously, we’re dealing with a lot of other issues today. I’d be glad to touch base.”

The consensus has been that Russia sought to disrupt American democracy, even as questions remain and divisions persist about contacts between the Kremlin and Trump’s campaign. No proof has yet emerged of collusion.

Separately Tuesday, Trump tweeted that he appreciated China’s efforts to help rein in North Korea, but said “it has not worked out.”

The post followed the Monday death of U.S. college student Otto Warmbier, who was detained in 2016 by North Korea and was in a coma when he was returned home last week. Trump said from the Oval Office that what happened to Warmbier was a “total disgrace.”

He did not mention former President Barack Obama, who was in office when North Korea arrested Warmbier for allegedly stealing a propaganda banner. But Trump said, “If he were brought home sooner, I think the result would have been a lot different.”

Spicer’s statement Tuesday that he hadn’t talked with Trump about Russian election meddling echoed his comments about other topics on which the president has yet to clarify his position — such as whether Trump believes climate change is a man-made phenomenon.

Trump’s delay in acknowledging that the Kremlin was behind hacking of U.S. political email accounts sets him apart from Republican leaders, including Senate Majority Leader Mitch McConnell of Kentucky, Sen. Lindsey Graham of South Carolina and Sen. Marco Rubio of Florida, who have condemned the election meddling.

In October, the 16 agencies of the U.S. intelligence community expressed confidence that Moscow directed the election interference.

Spicer said he has “seen the reports” about the intelligence community’s conclusion.

Trump in recent months has tweeted variations of “Trump/Russia story was an excuse used by the Democrats as justification for losing the election. Perhaps Trump just ran a great campaign?”

At a January news conference in Manhattan, Trump said, “As far as hacking, I think it was Russia.” But in an April interview with CBS News, he said it “could have been China, could have been a lot of different groups.”

Trump on Tuesday spoke primarily about his concern about Warmbier’s death and relations with China and North Korea. He said he spoke with Warmbier’s family and called them “incredible” considering “what they’ve gone through.” He tweeted, “While I greatly appreciate the efforts of President Xi & China to help with North Korea, it has not worked out. At least I know China tried!”

Moments earlier, Spicer told reporters: “We’ve had, I think, positive movement on China over the past five months of this administration. And we’ll continue to work with them and others to put the appropriate pressure on North Korea to change this behavior and this regime.”

Trump had said he’d be willing to meet with North Korean dictator Kim Jong Un if the circumstances were right. Spicer said with Warmbier’s death, “We’re moving further away, not closer to, those conditions being intact.”