Justice Ruth Bader Ginsburg lies in repose under the portico at the top of the front steps of the U.S. Supreme Court building on Wednesday in Washington. Ginsburg, 87, died of cancer on Sept. 18. Credit: AP / Jose Luis Magana

WASHINGTON — President Donald Trump stands on the verge of accomplishing a goal long held by Republicans and their allied activists: A solidified 6-3 conservative majority on the Supreme Court that would shift jurisprudence to the right.

When Trump announced his nominee Amy Coney Barrett late Saturday afternoon, he launched the process to replace the late Justice Ruth Bader Ginsburg — a leading liberal voice on the court for nearly three decades — with a conservative female jurist expected to upend that legacy.

The stakes are high for the country, the law and the court as Trump names a nominee to fill the seat left open by Ginsburg, say legal experts, Democrats, Republicans and advocacy groups on the right and left.

"We can’t allow Senate Republicans and this president to jam through a nominee who will undo Justice Ruth Bader Ginsburg’s legacy," said Sen. Dianne Feinstein (D-Calif.), the top Democrat on the Senate Judiciary Committee.

Senate Republicans have been more restrained as they assemble a hard-to-beat majority in a bid to quickly confirm Coney Barrett, a 7th Circuit Court of Appeals judge in Chicago, who at age 48 could be a major influence on the Supreme Court for decades.

"This is exactly why President Trump was elected. He was elected to nominate principled constitutionalists to the Supreme Court," Sen. Ted Cruz (R-Texas) said Monday on Fox News.

But Pat Buchanan, a conservative commentator, politician and former presidential adviser, was blunt in a Town Hall website column Tuesday.

"Many Republican presidents made strides toward recapturing the court after the radical rampage of the Earl Warren era. None achieved it," Buchanan wrote. "But today, the hour of Trump's triumph may be at hand, and the stark panic on the left testifies to it."

The addition of a sixth conservative justice will shift the court’s center further to the right, changing the dynamics of coalition-building and the justice who occupies the key position as the swing vote who casts decisive votes on hot button issues, legal experts said.

Next steps in battle for Supreme Court seat

Justices span an ideological diversity from the right to the left — five are more conservative, the remaining three are more liberal. That spectrum also exists among the conservatives, with Justice Clarence Thomas farthest right and Chief Justice John G. Roberts closest to the center.

But since Trump’s nominee is more to the right than Roberts, the new swing vote likely will be Justice Neil Gorsuch, a Trump appointee who is more conservative than Roberts, he said. And that will make a big difference in the court’s rulings.

How could that play out? 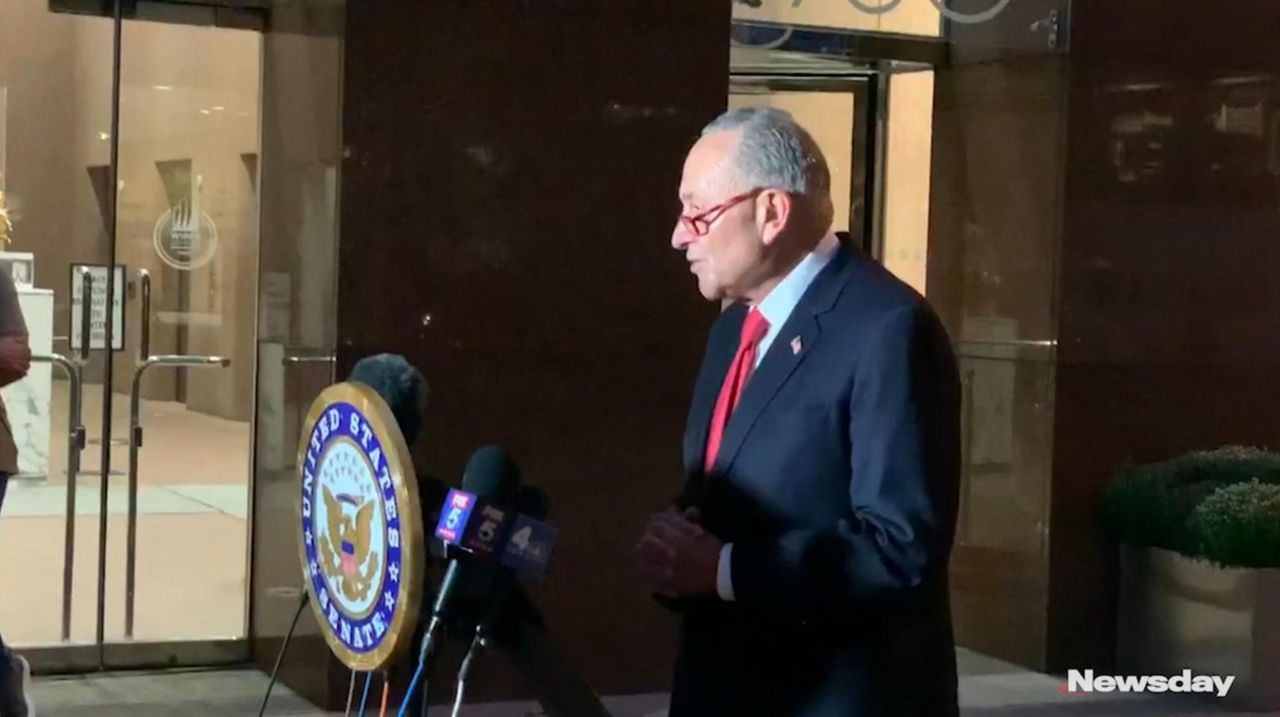 Democrats and allied advocacy groups said the court could reverse decades of law and precedent that could end or restrict labor unions, affirmative action, independent federal agencies that protect health and safety, gun safety laws, and rights for women and gays and lesbians.

Senate Majority Leader Mitch McConnell (R-Ky.) on Thursday pushed back at that fear.

"Every time in 45 years that a Republican president has nominated someone to the Supreme Court, the exact same set of clichéd horror stories are wheeled out of storage, dusted off, and paraded past the American people," McConnell said.

Still, take the lawsuit filed by Republican state attorneys general with the backing of the Justice Department that seeks to strike down the Affordable Care Act, also known as Obamacare, which has succeeded in a Texas federal district and appellate court.

A week after the Nov. 3 election, the Supreme Court will hear oral arguments in the case, and a new justice could sit in on that hearing if Senate Republicans confirm Trump’s nominee before the election, as McConnell aims to do.

Roberts has twice saved the ACA in 5-4 decisions with the liberal bloc. But the addition of Coney Barrett, who in 2017 criticized Roberts for that ruling, would mean Roberts would lose his role as swing vote.

If the Supreme Court strikes down the ACA, it would be a victory for Trump, who unsuccessfully urged Congress to repeal it and backs the lawsuit that threatens it.

That shift also could affect the incremental rulings in the long-running battle over a woman’s right to choose an abortion under the landmark 1973 case Roe v. Wade with the appointment of Coney Barrett, who strongly opposes abortion rights.

"To go from Ruth Ginsburg, who basically developed the constitutional jurisprudence for equal protection of women, to someone who’s probably highly skeptical of various forms of discrimination claims, highly skeptical of recognition of rights including the right to reproductive freedom, is going to be quite profound," said Jon Michaels, a UCLA law professor.

Rodriguez said, "This new appointee, depending on who it is, could well tip the balance in favor of a more straightforward overturning of Roe."

A quick confirmation of Coney Barrett also could affect the presidential election if the outcome is clouded in a close vote in a key state, like the battle over disputed votes in Florida in 2000 that the court's conservative majority settled in Republican George W. Bush’s favor in a 5-4 decision.

Trump on Wednesday said he wants his third high court pick in place for that reason.

"I think this will end up in the Supreme Court," Trump said Wednesday. "And I think it’s very important that we have nine justices."

Trump taps Barrett for Supreme Court, hoping for reelection boostThe president nominated Judge Amy Coney Barrett to the nation's highest court, capping a dramatic reshaping of the federal judiciary that will resonate for a generation. Latest news: Trump presidencyGet complete coverage of U.S. politics, including the 45th president, his administration and Congress.