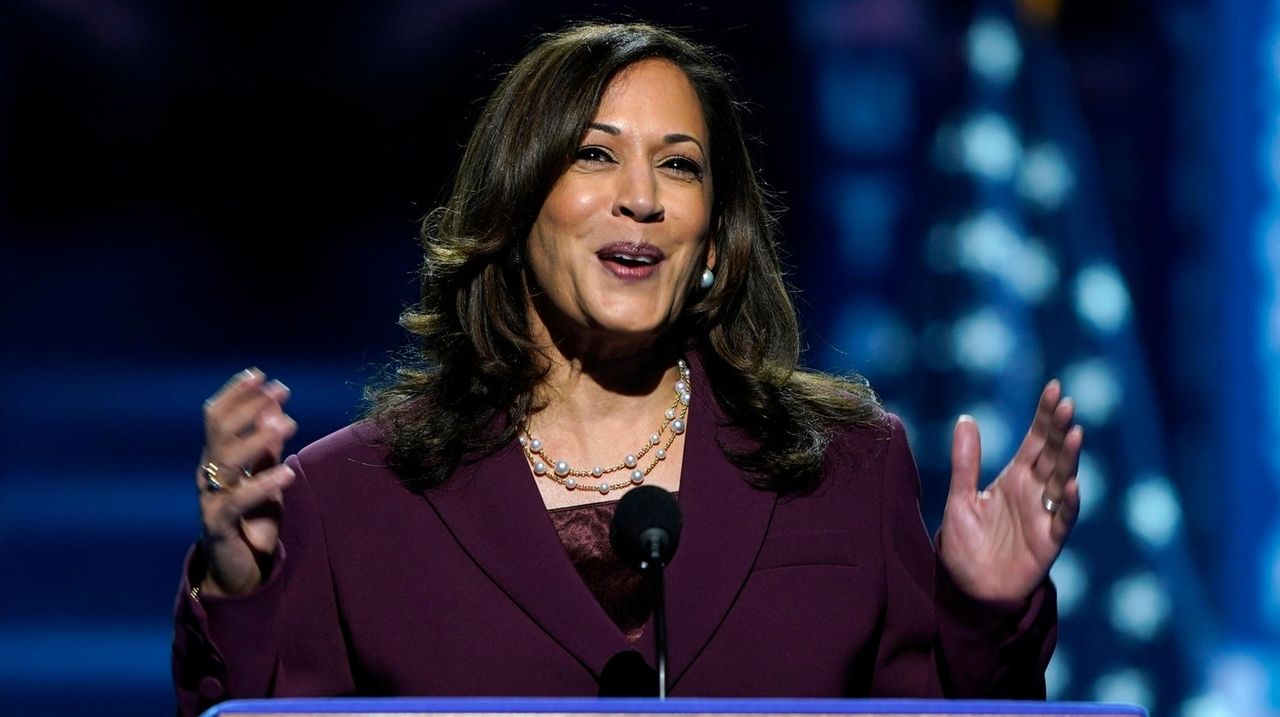 There has been one persistent theme in the Democratic National Convention so far: to portray President Donald Trump in highly personal ways as one unsuited for the White House both in skills and temperament. And no one, not even former President Barack Obama, has been holding back.

Here are some key takeaways from the third night of the convention.

Former President Barack Obama came to power on the airy notions of "hope and change." He governed with a largely calm and cerebral air, and continued that in his post-White House years.

On Wednesday, Obama dispensed with decorum and delivered a direct hit on Trump, a striking condemnation and a call to Americans, particularly young ones, to not let democracy be taken from them.

"Donald Trump hasn't grown into the job because he can't," Obama said. "And the consequences of that failure are severe: 170,000 Americans dead. Millions of jobs gone. Our worst impulses unleashed, our proud reputation around the world badly diminished, and our democratic institutions threatened like never before."

The former president spoke from the Museum of the American Revolution in Philadelphia, a calculated venue for his warning that his successor is a threat to democracy in the United States. He talked about how flawed the country's founding documents were, but how its residents have never given up trying to make them live up to their ideals.

Obama has long been known as an oratorical virtuoso. This speech, a somber address, was as powerful as any of them, and stands as a grim bookend to his hopeful paean to American unity that launched him during the 2004 convention.

Kamala Harris made history under historic circumstances. She became the first Black woman to be nominated as vice president on a major-party ticket. But she had to make her acceptance speech, an American classic big-room affair, to a largely empty ballroom due to the pandemic.

Her speech had a lower-key tenor than Obama's. She used the moment to talk more about the issues that will play out in the campaign while also making surgical appeals to constituencies that she and Joe Biden will need to win in November.

She tied her story to the nation's long history of racial injustice and civil rights progress. And she, a 55-year-old Black woman who is also of south Asian descent, pitched her partnership with Biden, a 77-year-old white man, as the next step.

"Joe and I believe that we can build that beloved community … one that is strong and decent, just and kind. One in which we can all see ourselves," she said. "We're all in this fight. You, me, Joe together."

She contrasted that with Trump and "failed leadership" that she said has "cost lives and livelihoods" amid the COVID-19 pandemic and its economic fallout.

Harris immediately embraced the weight of her nomination, invoking her late mother, an Indian immigrant and cancer researcher. She offered homage to Black and female civil rights leaders from earlier eras. "We all stand on their shoulders," she said.

But she also issued a challenge about the nation's ongoing reckoning with racial injustices. "Let's be clear: There is no vaccine for racism. We have got to do the work," she said.

Now the challenge will be for her to further excite women of color and draw anti-Trump, college-educated whites in metro areas, as Biden hopes. Harris' formal introduction should serve notice that should be viewed as more than Biden's backup, and that she's comfortable in a big role.

CONVENTION OF THE WOMAN

It wasn't the year of the woman for Democrats — during the party's hard-fought primary, Biden and his main rival, Sen. Bernie Sanders, easily bested several female aspirants for the party's presidential nomination. But it's been the convention of the woman.

Speaker Nancy Pelosi celebrated that women make up nearly a quarter of the House, but she quickly shifted to hitting Trump over missing the moment. "I've seen firsthand Donald Trump's disrespect for facts, for working families and for women in particular," she said.

Democrats are increasingly dependent on female voters, as a gender gap grows in U.S. politics. That often helps the party, because there are more women voting than men. And the combination of Trump and the #MeToo movement has turned that gap into a chasm, even with a 77-year-old white man as nominee.

Former Arizona congresswoman Gabby Giffords, shot in the head in a mass shooting in 2011, provided an emotional high point. Giffords had serious brain damage after the attack, struggled to walk and speak and founded a gun control group in her name.

On Wednesday, a video showed her playing the French horn and laboring to put together sentences. Then she looked directly to the camera and spoke about the importance of grit and not giving up. "Words once came easily, today I struggle to speak, but I have not lost my voice," she said, in remarks her office said took hours to prepare because of her disability. "America needs all of us to speak out, even when you have to fight to find the words."

Of Biden, Giffords said in her slow, careful new voice: "He was there for me. He'll be there for you, too."

Her husband, former astronaut Mark Kelly, is the Democratic Senate candidate in Arizona.

CLINTON, THIS TIME A FOOTNOTE

For a historic candidate who won the presidential popular vote by more than 3 million ballots but lost in the Electoral College, Hillary Clinton seemed more like a convention footnote.

But she was there Wednesday to offer a clear reminder that every vote matters, and that staying home or choosing a third-party candidate could hand Trump a second term.

Clinton was only allotted five minutes to speak, a reminder that, while she remains popular with a segment of the party, she's also seen as a flawed politician who blew a winnable race to Trump.

Her speech was laden with regret.

"For four years, people have said to me, 'I didn't realize how dangerous he was.' 'I wish I could go back and do it all over.' Or worse, 'I should have voted,'" Clinton said. "Well, this can't be another woulda coulda shoulda election."

She ruefully alluded to how she won the popular vote, yet lost the election. "Joe and Kamala can win by 3 million votes and still lose. Take it from me. So we need numbers so overwhelming Trump can't sneak or steal his way to victory."

She did take a swing at Trump: "I wish Donald Trump knew how to be a president, because America needs a president right now."

Harris accepts VP nomination, gives urgent plea to rally behind Biden"Donald Trump's failure of leadership has cost lives and livelihoods," said vice presidential nominee Kamala Harris. The California senator, a daughter of Jamaican and Indian immigrants, is the first woman of color on a major party ticket. What to expect as Biden makes his case tonight at the DNCHe will accept his party's nomination and focus on his vision of leading the nation.