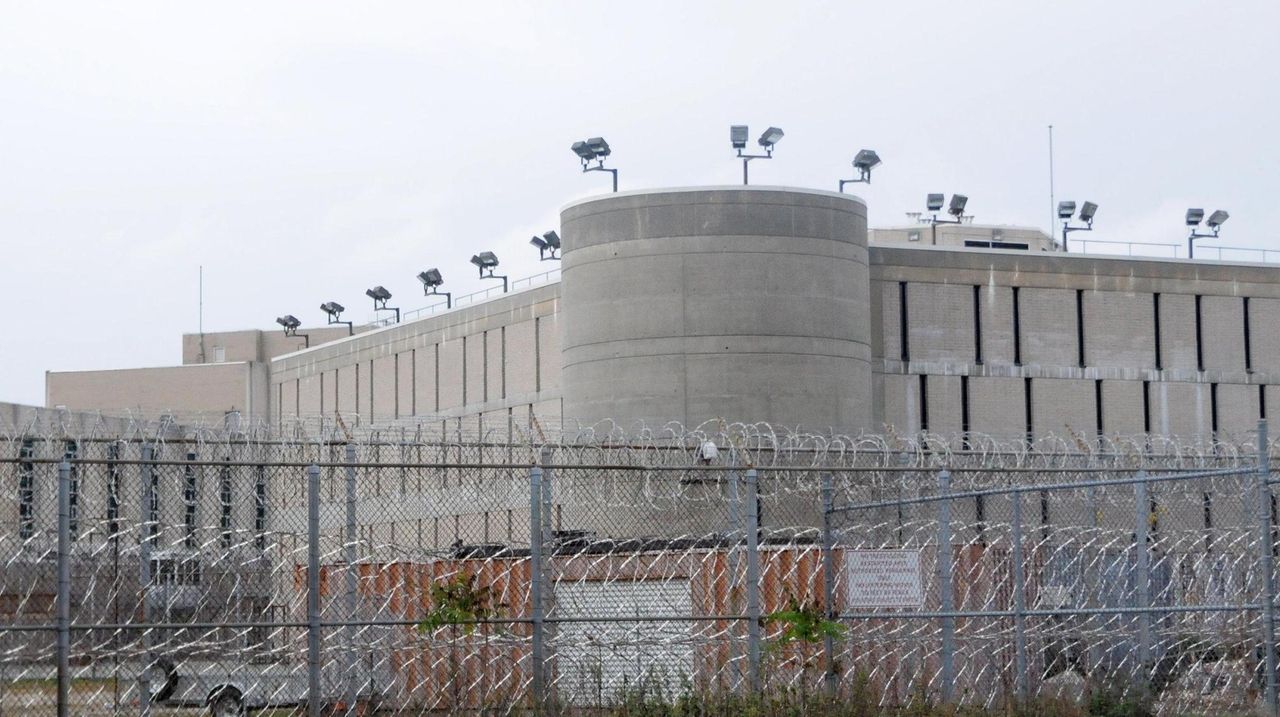 A state statistic shows the number of inmates in local jails across New York has dropped by nearly half this year. Newsday's Yancey Roy explains why.    Credit: Newsday / Yancey Roy

ALBANY — In just one year, the number of inmates housed in local jails across New York has dropped by nearly half, state statistics show.

A long downward trend in crime, a significant rewrite of bail laws and a shutdown of most courts amid the COVID-19 pandemic are the three major reasons combining to empty out jails at a rate unseen in recent memory, officials said.

The number of jail inmates in Nassau County declined by 44% from July 2019 to July 2020, while the jail population in Suffolk County dropped by 55% overall in its two jail facilities, according to the State Division of Criminal Justice Services.

"It really has been a trend. A lot of us saw it starting in ’19," said Lance Salisbury, a defense attorney in Ithaca and a member of the New York State Defenders Association. "Potentially, we’re in a new phase where we’re going to see declining jail populations for some time."

Despite the decline, counties have not seen any immediate financial savings because they generally are locked into multiyear contracts for labor, food and other expenses, according to the New York State Association of Counties.

Jail staffs haven’t declined beyond attrition, according to the state Sheriff’s Association.

But the trend has sparked some sheriffs to redeploy officers. Suffolk County Sheriff Errol Toulon Jr., for instance, has assigned some officers to a new transition and reentry program for inmates.

The drop in jail populations has occurred in virtually every county in New York since 2019, ranging from 71% in Orleans County to 20% in Allegany, according to DCJS reports. The anomaly is Cayuga, where the jail population grew by 4%, due primarily to an increase in the number of federal inmates temporarily housed locally.

A review of the trends in New York points to three factors. Nearly 2,800 comes from inmates serving time in jail — a decrease driven by the near total shutdown of court activity when the pandemic hit New York.

Jail ranks were in decline well before the bail overhaul and COVID-19 accelerated the trend.

Local jail populations, reported crimes and arrests have all been decreasing statewide for several years, Janine Kava, a DCJS spokeswoman, said in an email.

The bail law was approved by Gov. Andrew M. Cuomo, a Democrat, and the State Legislature in 2019, took effect on Jan. 1 and was amended slightly in April.

Under the changes, defendants accused of most misdemeanors no longer can be held on bail. Prosecutors can still ask judges to impose bail for charges covering most major, violent and sex crimes. The amendments in April restored some charges, such as any degree of manslaughter, to "bail eligible"status.

The bail law's impact can be seen in the jail numbers.

The statewide jail census showed a decline of 8,689 in all categories of inmates from July 2019 to this July.

About 5,100 of that comes from "unsentenced," the classification that covers people held on bail awaiting trial or arraignment, or, to a lesser extent, those convicted but awaiting sentencing.

Champions of the bail law changes say this is the sort of shift they hoped to see when the State Legislature, which is controlled by Democrats, and Cuomo rewrote statutes to greatly reduce the number of suspects who could be held on bail before trial.

"It has been an overall success in my opinion," Salisbury said.

Assembly Speaker Carl Heastie (D-Bronx) said lawmakers didn't have a "numerical goal" in mind when resetting the law. But more broadly, he cited the desire to make sure poorer suspects weren't spending weeks and months in jail because they couldn't afford bail while those with means went free. He called the decline in jail numbers a "positive result."

Critics say the law has resulted in the release of too many dangerous suspects.

"New York State’s new criminal justice reforms endangers millions of New York residents," Senate Minority Leader Robert Ortt (R-North Tonawanda) said in January when the law went into effect. "Thanks to Democrats and their reforms, our judges and law enforcement have been handcuffed, while criminals and lawbreakers have been given ‘get out of jail free’ cards."

Heastie said New York Police Department statistics "debunk" the notion that a recent rise in shootings is linked to the new bail law.

In early August, The New York Times published an analysis suggesting "the state’s new bail law and the mass release of inmates from city jails in recent months because of the coronavirus outbreak played almost no role in the spike in shootings."

Citing a "confidential analysis of police data" conducted by city officials, the news report said that of the 1,500 inmates let out of Rikers Island from March 16 to April 30, "only seven had been rearrested on a weapons charge by mid-July."

That said, shootings have been on the rise in the city and elsewhere in the state.

In early August, the NYPD reported the number of shooting victims in the city had exceeded 1,000 in 2020 — the first time it's hit that mark since 2016.

The spread of the virus prompted the state to close courts in March for all but emergency matters, putting thousands of cases on hold. Grand juries were shuttered too.

With few cases proceeding, few inmates were convicted. This resulted in many fewer "sentenced" inmates, as the state classifies them, in jail: From an average of 3,255 per day per month in February to 962 in July.

Courts have reopened gradually in the last few months and the number of inmates could grow when numbers from the fall are reported, officials said.

"Some counties are seeing an uptick in population now that courts are getting back to business," said Tom Mitchell, counsel to the state Sheriff’s Association.

Counties haven’t been able to reap any savings despite the sharp reduction in inmates because of fixed costs for labor, food, utilities, medical care and laundry, said Stephen Acquario, executive director of the state Association of Counties.

Also, the state Commission on Corrections sets minimum staffing requirements tied to the number of beds, not inmates.

In June, the counties sent a letter to Cuomo and lawmakers asking to rewrite the law to allow local officials to set staffing ratios. It’s gone nowhere. Acquario said it will probably take five years for counties to see any savings from the inmate decline.

"We need flexibility to reallocate resources," Acquario said. "This is a cry coming from all corners of the state."

Mitchell, the sheriff's association counsel, said he wasn't aware of any sheriffs who have reduced jail staff.

"I don’t think anybody now is anxious to cut the number of jail officers. People are taking a wait-and-see approach," Mitchell said. "If you saw this trend for two or three years, you might see an impact."

But some are using the decline to reorder business.

"With approximately 500 inmates less this year, the Nassau County Sheriff’s Department has been able to streamline operations at the jail and save taxpayer money by reducing the number of required guards and consolidating housing areas," Mike Fricchione, spokesman for Nassau County Executive Laura Curran, said in an email. "Officers now have the ability to focus more on individual inmates. The smaller jail population has also allowed the Sheriff to properly distance inmates from one another, thus maintaining proper health and safety of both inmates and officers during the ongoing pandemic."

Suffolk's Toulon said he was able to spread out prisoners in a less crowded facility while dealing with the pandemic. He reassigned some jail officers to a new prisoner transition and reentry program, helping with skills training and potential job interviews, while other officers are retraining to be corrections counselors, said Toulon, a Democrat.

Overtime has decreased, vacancies aren’t being filled and no officer training class is being planned next year, he said.

Beyond budgets, Toulon expressed concern that because of the bail and coronavirus impacts, some individuals aren't exposed to mental health, substance abuse and skills training classes they could be getting if they were in the jail system.

"By no means do I think jail is the best alternative," Toulon said. "But for some people, it is."

Jail populations across New York State have plummeted since last year, primarily because of changes in bail laws and a dramatic slowdown in the courts because of the coronavirus pandemic.