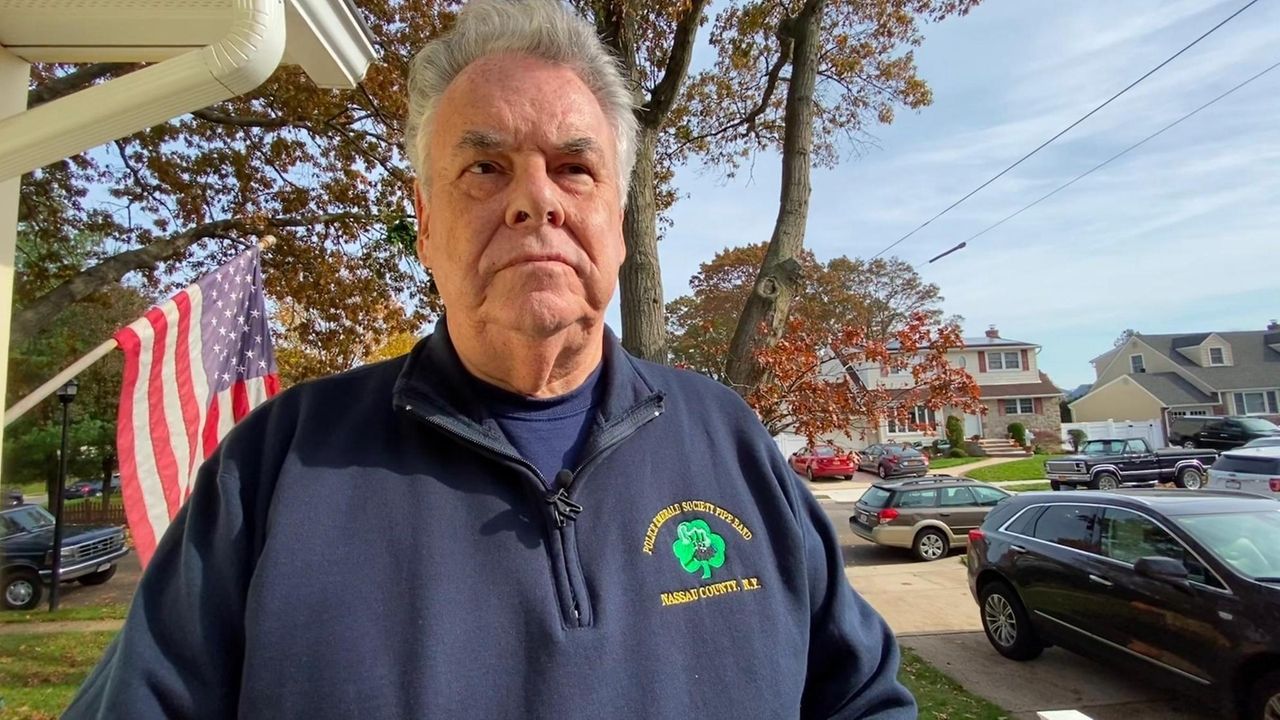 On Monday, Rep. Peter King, the longtime Republican congressman from Seaford, announced he is retiring from the U.S. House of Representatives and will not seek reelection next year.  Credit: Howard Schnapp

As national congressional leaders on Monday vowed to wage a vigorous fight for the seat, local GOP and Democratic leaders were weighing their prospective field of candidates for a race that comes as President Donald Trump seeks a second term in office.

Democrat Liuba Grechen-Shirley, who narrowly lost to King in 2018, said Monday she is “seriously considering another run” and Babylon Town Councilwoman Jackie Gordon, who launched her campaign in May, declared herself on Twitter “ready to serve the people of Long Island in Washington.”

Nassau GOP chairman Joseph Cairo and Suffolk GOP chairman Jesse Garcia remained tight-lipped on Monday about possible candidates to succeed King, a moderate Republican, but sources indicated that it was likely local GOP leaders would push for a candidate from Suffolk, which now represents a greater share of the district since it was redistricted in 2013.

Tom Cilmi, the Suffolk County Legislature’s minority leader, said he will be exploring a run, saying “my heart is 100 percent in it.” He said he plans to put the steps in place “to officially declare candidacy at some point,” including by raising money and meeting with political leaders. He acknowledged the decision to run is not up to him alone but the political system.

“It’s a spot that I’ve always aspired to and I’m flattered to be considered,” Cilmi said of the congressional seat.

State Sen. Phil Boyle (R-Bay Shore) said he is considering a run but will “first and foremost” have to discuss it with his family. “It’s something I’ve talked about for a long time,” Boyle said. “Today is a day we honor our veterans. I’m going to consider it tomorrow.”

King: A political life, from Nassau to Washington

Mike Deery, a spokesman for the Nassau County Republican Committee, said Cairo and Garcia were expected to “confer” to “find the best possible candidate,” but said it was “premature” to name possible individuals they would discuss.

Garcia declined to name any potential candidates but said that three or four elected officials and business people have expressed interest in the seat in the past. He said he will work with the Republican committees of Babylon and Islip, as well as the Nassau, state and national committees to recruit and select candidates and run campaigns.

“It’s important not only for the legacy of Peter King but for the protection of the residents of the second congressional district that we get it right,” Garcia said. “That we present to them the candidate that is in the mold of Congressman King: someone who puts the interests of the people ahead of partisanship.”

King’s daughter, former Hempstead Town Councilwoman Erin King Sweeney, had previously been floated as a possible candidate for the seat, but earlier this year she announced she was moving to North Carolina, because of her husband’s work relocation, and would no longer seek a second term on the town council.

Editorial: Rep. King has been a strong voice for LI

Grechen Shirley, of Amityville, who ran her 2018 campaign touting her work for non-profit organizations and who describes herself as a “grassroots activist,” said she has “heard from many encouraging supporters across the district” pushing her to run.

“With so much on the line for our community, I am seriously considering another run for Congress,” she said in a statement.

Since her defeat, Grechen Shirley, a mother of two toddlers, has established VoteMama, a political action committee that supports Democratic candidates with young children. During her campaign, Grechen Shirley became the first woman to successfully petition the Federal Election Commission for approval to spend campaign funds on child care.

Suffolk Democratic chairman Rich Schaffer said he is supporting Gordon, a veteran of the U.S. Army Reserve who served in Iraq, Afghanistan and Guantanamo Bay, Cuba. She announced her intent to run in May and has since raised $176,566 in individual contributions, according to the latest Federal Election Commission filings.

Schaffer said King’s announcement “puts Jackie Gordon in a perfect position,” saying she got a “head start” on campaigning.

Gordon’s campaign on Tuesday announced she had received the endorsement of End Citizens United, a group that bills itself as focusing on keeping big-money donors out of politics.

“I’m running for Congress to make sure our government truly works for the people, not the megadonors who dictate how politicians vote,” Gordon said in a statement.

DuWayne Gregory, who ran unsuccessfully in the Democratic primary for the congressional seat against Grechen Shirley last year, said he has “no intention of running.” The Suffolk legislature’s presiding officer said he supports Gordon and is hosting a fundraiser for her later this month.

What will you remember most about Rep. King’s career?

“She’s a combat veteran and I think Washington desperately needs someone like her, and I fully support her,” Gregory said.

Nassau County Democratic chairman Jay Jacobs said he was not prepared to endorse any candidate on Tuesday.

The Cook Political Report, which monitors congressional races throughout the country, recently ranked New York's 2nd Congressional District seat among its "competitive" races to watch, giving a "lean" edge to Republicans. King won in 2018 by 6 percentage points, the leanest margin of his past races. Trump won the district by 9 points in 2016.

With the national parties drawing attention to the district, the race "has the potential to be a double-digit million-dollar race" in terms of overall campaign spending, said Lawrence Levy, executive dean of Hofstra University's National Center for Suburban Studies.

"This race will attract more money and more national attention than any local race in a long time," Levy said. "The Democrats don't need to win to maintain their majority, but they're looking to expand it. The  Republicans desperately need it to have a chance to regain a majority."

Rep. Peter King won't seek reelection in 2020Rep. Peter King said he spoke with President Donald Trump on Sunday to deliver the news and Trump tried to persuade him to stay on the job. King: A political life, from Nassau to WashingtonThe retiring congressman had an extensive career in Nassau government before being elected to the House. Editorial: Rep. King has been a strong voice for LI What will you remember most about Rep. King’s career?Long Islanders sound off on what they will remember most about Rep. Peter King's 14-term career.