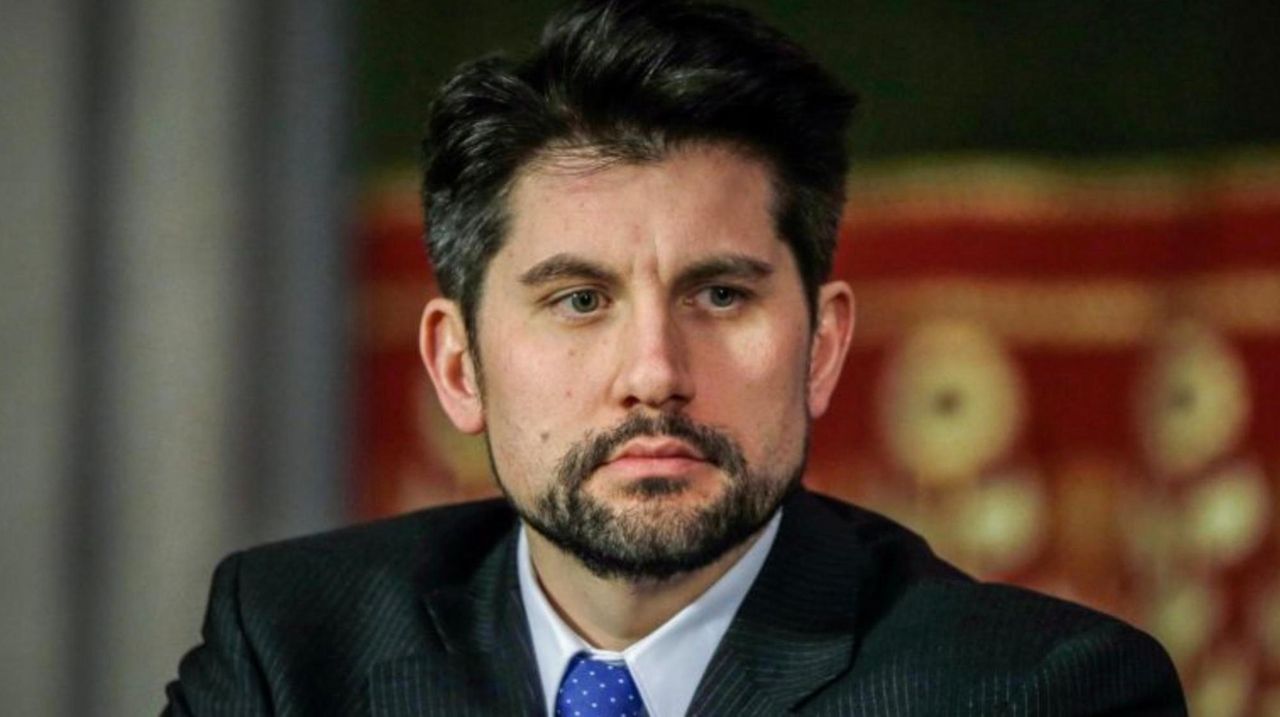 ALBANY — Jim Malatras, the chancellor of the State University of New York system who was harshly criticized for his role in the scandals of ex-Gov. Andrew M. Cuomo, announced his resignation Thursday.

Malatras, whom Cuomo helped install as SUNY chancellor in 2020, said in a letter to the university board that "recent events surrounding me over the past week have become a distraction" and an impediment to SUNY’s work.

His resignation is effective Jan. 14.

Malatras resigned amid a growing number of state legislators calling for his resignation and a phone call Wednesday night from Gov. Kathy Hochul to Meryl Tisch, chairwoman of the SUNY board of trustees.

Hochul has no direct power over the trustees — a majority of whom were appointed by Cuomo — but said she talked about long-term interests of the SUNY system.

"Yes, I did have a conversation with Meryl Tisch," Hochul said at a news conference on the pandemic and other matters on Thursday afternoon. "It was an important conversation to have, and it was focused on the future of the SUNY system and how we can ensure we have the focus that we need, the undistracted attention on making this the world-class university system that it should be, and that was the context of that conversation. I won't say more about the conversation, but it was an important one."

Malatras, 42, had been a right-hand man during Cuomo’s nearly 11 years in office, filling a variety of roles, including director of state operations. He was a key figure in shaping the administration’s pandemic response, sitting in on most of Cuomo’s daily news conferences.

But he faced bipartisan criticism and growing calls to resign after the attorney general released new evidence from the Cuomo investigation.

The materials included text messages in May 2019 showing Malatras and other Cuomo officials making disparaging remarks about Lindsey Boylan, a former economic development official who had called working in the administration a "toxic and demoralizing experience."

Malatras, in the text exchanges, used profanity in reference to her, suggesting "Let's release some of her cray [crazy] emails." Boylan later, in December 2020, became the first woman to accuse Cuomo of sexual harassment, leading to the investigation that resulted in the governor's resignation.

When his texts became public, Malatras publicly apologized. He said he regretted his language and pointed out the exchanges occurred before any of the sexual harassment allegations surfaced.

The SUNY board initially backed Malatras, as did a number of unions. But his support eroded daily, and calls for his resignation mounted, culminating in 31 State Assembly Democrats signing a letter calling for his ouster.

"The recent events surrounding me over the past week have become a distraction over the important work that needs to be accomplished as SUNY emerges from COVID-19," Malatras wrote in the letter to the board, which immediately announced an emergency meeting for noon Thursday.

Malatras was appointed SUNY chancellor in 2020 after the board decided not to conduct its usual national search for a leader, saying it needed to act quickly because of the growing pandemic. His salary was $450,000, plus a $60,000 living allowance.

Frederick Kowal, president of United University Professions, the union representing SUNY faculty and professional staff, said he was surprised by the resignation, which Malatras informed him about in a phone call Thursday morning.

But the controversy had become a distraction.

"I was surprised, but relieved, because now we can move forward and get the best possible budget for SUNY," Kowal said, referring to the upcoming 2022-23 state budget process, which begins next month. "It was becoming a distraction, and I was concerned that legislators would be less focused on the real needs of SUNY with him continuing as chancellor."

The union had issued a statement in support of Malatras based on his apology about his emails and record of working collaboratively on SUNY’s pandemic response.

But, Kowal said, the union is again calling for a national search for a new chancellor, as it did in 2020 and is urging that the new chancellor come from the African American, Latino or Native American communities.

"It is past time for SUNY to be led by an individual from a community of color," he said, citing the growing diversity of the SUNY student population. "It sends a powerful message to academia nationally that the largest public system acknowledges the need for diversity."