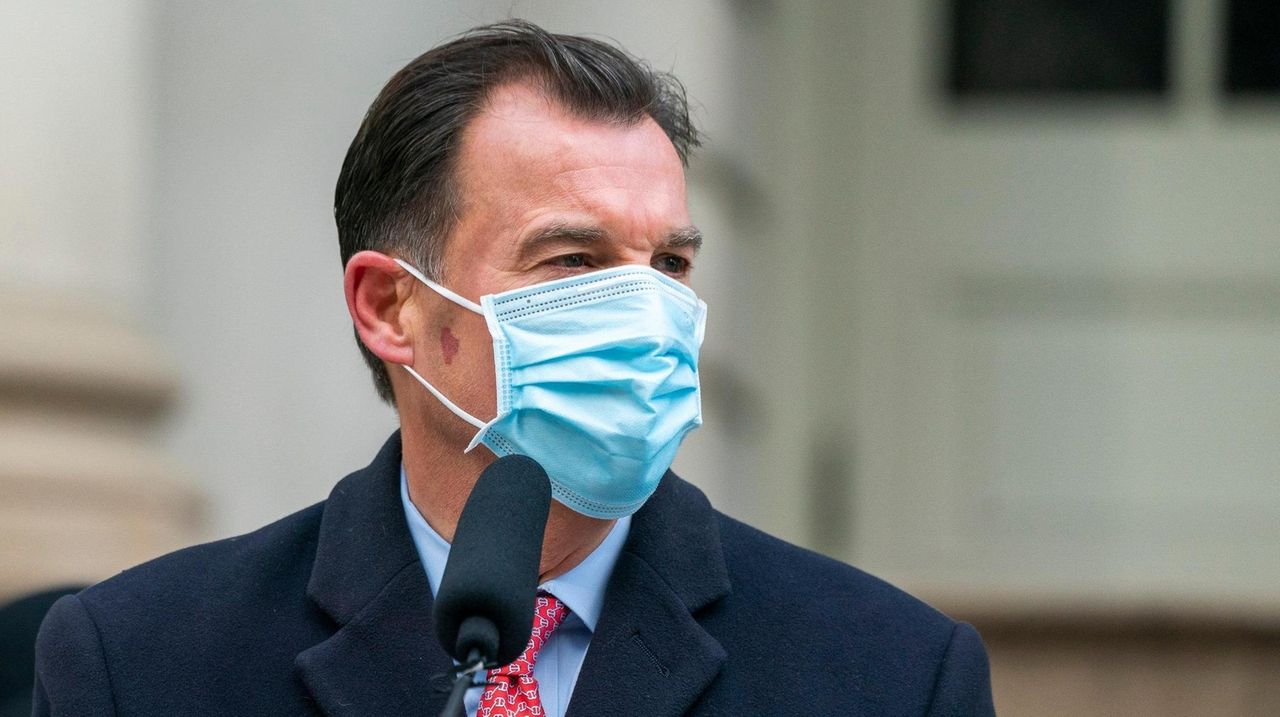 New York Democratic leaders spoke at a news conference on Saturday, calling on President Donald Trump to resign following the attack on the Capitol on Wednesday. Credit: Corey Sipkin

Democratic members of New York's congressional delegation on Saturday called the storming of the U.S. Capitol this week "an attempted coup" and called for President Donald Trump to either resign or be removed from office, or else face impeachment for a second time.

House Democrats are expected to file a one-count article of impeachment on Monday that would charge Trump with betraying his trust as president "by willfully inciting violence against the Government of the United States" and would remove him from office and bar him from holding a federal position in the future.

The move comes after Trump supporters violently disrupted the ceremonial certification of the Electoral College on Wednesday. Five people have died as a result, including a Capitol police officer.

"The acts of these enemy combatants and seditionists was an attempt to halt the constitutional process," Rep. Hakeem Jeffries (D-Brooklyn) said Saturday at a news conference at City Hall in Manhattan. "It was an act of sedition incited and encouraged by President Trump. He must be held accountable to the full extent of the law."

Velazquez said that even with less than two weeks until the inauguration of President-elect Joe Biden, Trump presents a threat to national security and must be removed.

"America was attacked by a mob of domestic terrorists incited by a sitting president. Imagine that moment the president of the United States of America instigated a mob to go to do coup d’état because this egomaniac didn’t want to recognize the fact that the people of this country elected Joe Biden as president," Velazquez said.

Suozzi said Trump would be the only president to be impeached twice and could lose power under the Constitution to pardon people involved in the impeachable offense — the raid on the Capitol.

"What if Trump were to once again call on his rabid supporters to come back to D.C., or pardon the people arrested in the insurrection?" Suozzi said. "We must protect ourselves over the next 11 days. After President-elect Biden comes into office we can heal our country and come together, but it cannot be done until Trump is held accountable and removed from office."

Velazquez and Maloney said they are meeting with the FBI to review what security lapses might have occurred to allow the Capitol to be stormed on Wednesday. They said the riot was incited by Trump, while authorities failed to defend the Capitol.

De Blasio said there are no known threats to the city, although some small demonstrations are planned for Sunday, and he vowed to protect City Hall.

"It’s never happened. It will never happen in New York City, but it happened in Washington, D.C.," de Blasio said.

President Trump to skip Biden inauguration — and Biden's fine with thatTrump will be the first incumbent president since Andrew Johnson not to attend his successor's swearing-in. What's the 25th Amendment? Here's what to knowThe amendment allows for the vice president and a majority of the Cabinet to declare a president unfit for office.