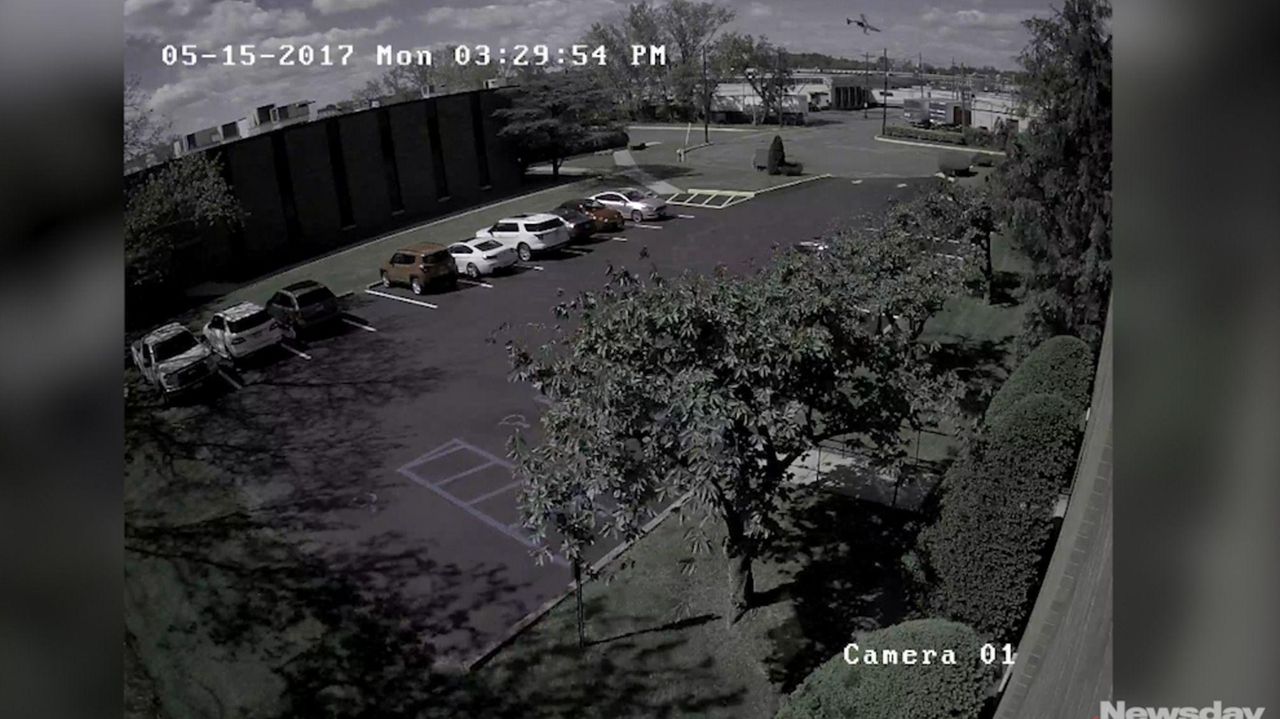 Surveillance footage shows the moment a Learjet attempting to land at Teterboro Airport in New Jersey flipped and crashed in an industrial area on Monday May 15, 2017. Two pilots aboard died in the 3:30 p.m. crash, which set fire to buildings and vehicles, according to authorities and officials with the aircraft's charter service.  Credit: Jeff Williams

A Learjet attempting to land at Teterboro Airport in New Jersey flipped and crashed in an industrial area Monday afternoon, killing two crew members and setting fire to buildings and vehicles, said authorities and officials with the aircraft’s charter service.

Witnesses reported seeing the plane flying erratically and flipping upside down before slamming into a door manufacturing warehouse and another commercial building about 3:30 p.m. in Carlstadt, a quarter-mile south of the jet’s destination, Teterboro Airport, federal and local officials said.

Trans-Pacific Jets, which charters the plane, said the pilot and co-pilot died and were the only two aboard when they flew out of Philadelphia. A spokesman for the charter company said the pilot, from Salt Lake City, Utah, had 15 years of flight experience and the co-pilot was a four-year veteran from Morristown, New Jersey. The spokesman said the pilots were trying to land during a time of high winds. Their names were not released pending family notification.

Air traffic controllers said the two pilots did not issue a distress call before the crash, said a spokesman for the charter company, which is based in Hawaii and California. 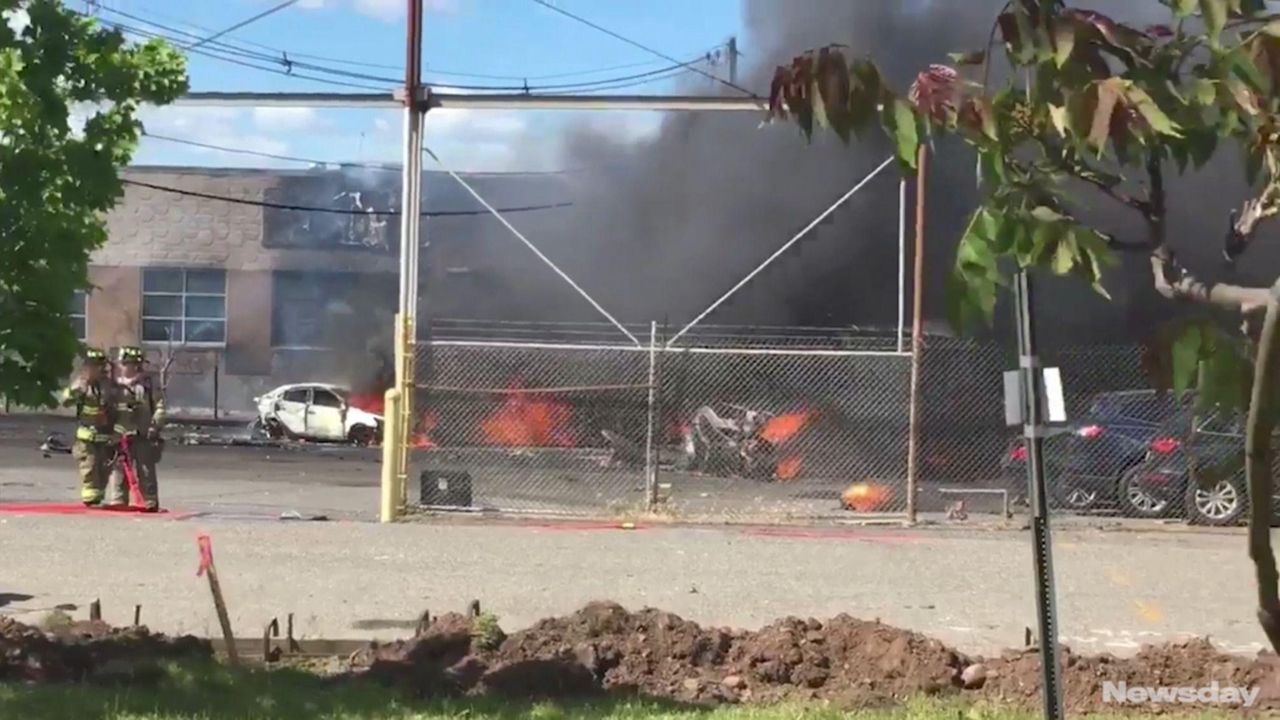 Jet crashes near Teterboro Airport in New Jersey A Learjet heading to Teterboro Airport crashed into a building in Carlstadt, N.J. on Monday, May 15, 2017 sparking a fire that sent thick, black smoke spewing into the air, authorities said. Credit: Twitter / @Godwinclassic33

No one on the ground was reported to have been injured.

After the jet crashed and burst into flames, columns of thick, black smoke could be seen for miles.

After the eight-seater slammed into the ground, employees at the two burning warehouses were able to evacuate, authorities said, and as the winds whipped the fire, the flames hopped to a nearby Carlstadt Borough public works property.

Emergency responders worked for more than an hour to extinguish the blaze, which left a smoldering wreckage of cars in a parking lot.

“It was very distressing,” Lahullier said. “I heard where [the crash] was and I said, ‘That’s right where the [public works building] is.”

The FAA is looking into the crash and investigators from the National Transportation Safety Board were expected to arrive at the scene Tuesday morning.

The charter company spokesman said the Learjet had undergone a weekslong maintenance, required once every 12 years, in February, followed by routine maintenance earlier this month.

The plane, registered to A & C Big Sky Aviation in Montana, was built in 1981, said its owner, Chandra Hanson of Billings, Montana.

She said the plane had flown all across the country. The jet had flown out of Republic Airport in Farmingdale on May 5, according to FlightAware, an online tracking system.

Hanson said Trans-Pacific Jets is expected to give her more details on the crash and what may have caused it.

“My plane can be replaced,” she said. “The two pilots can’t.”