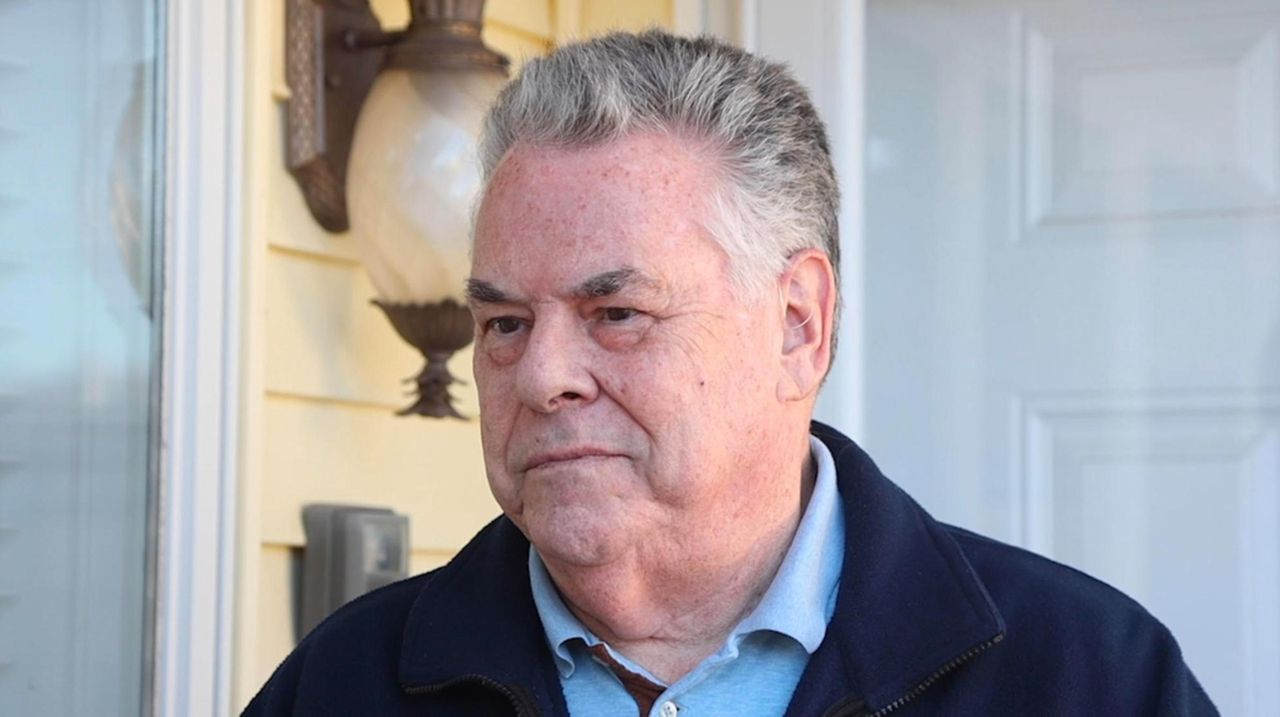 On Thursday, retired congressman Peter King blamed President Donald Trump for telling supporters to march on the Capitol, though he said he doesn't think Trump intended for them to attack it. "Even after it started, if he had immediately gone on national television, if he had immediately tweeted 'Stop this. It's wrong. It's criminal. It's a disgrace' ... but no, he waited a few hours, did nothing — and then when he did, he basically apologized for them," King said. He said of Trump, “This is all on him yesterday. It’s really disgraceful." Credit: Howard Schnapp

WASHINGTON — Retired congressman Peter King on Thursday blamed President Donald Trump for giving "marching orders" to and then failing to immediately call off the "thousands of people almost carrying out a military assault against the Capitol."

Despite his long support for the president, King, a former chairman of the House Homeland Security Committee, said Trump has a "liability" for the actions of his angry supporters that amounted to nothing less than "domestic terrorism."

"He gave the speech and got them going," King said in a phone interview, referring to the rally where Trump accused Democrats of "stealing" the presidential election as he urged his riled-up loyalists to march to Capitol Hill where Congress was certifying Joe Biden’s election.

When the mob breached the Capitol building, King said, Trump should have ended it.

"He should have immediately gone on national television and immediately put out a statement saying, ‘This is disgraceful. This is wrong. There's no excuse for this. It’s the worst thing. You’re dishonoring yourself and the country,’" King said.

"Instead he waits a few hours and then gives this whole apologetic thing: ‘I share your pain and know how angry are, but you know, it’s time to go home,’" he said.

"This was probably the most shameful moment in American history, and he's saying basically he understands why they were doing it," King said. "It was terrible."

King contrasted Trump’s lack of action with Vice President Mike Pence’s calls to Trump supporters to stop the violence, obey law enforcement and leave the Capitol, and Biden’s quick national speech urging Trump to step up and defuse the chaos.

He also praised Pence for standing up to Trump in doing his constitutional duties by overseeing the certification of the Electoral College votes and not trying to upend the process as demanded by Trump, the most powerful figure in the Republican Party.

"And Joe Biden did exactly what you would hope," King said of his televised call for peace and order. "In short, he definitely showed leadership."

King said he never saw anything like the violent mob of Trump loyalists in the Capitol in the 28 years he served in Congress.

"I never once felt frightened. I never worried about people coming to see me," he said. "We’re probably the most open Congress in the world."

But the riotous crowd that burst into the Capitol was nothing less than domestic terrorism, using violence for a political purpose, he said.

"Attacking the symbol of the United States, using violence to attack it, to attempt to destroy it, to be fighting those who are protecting it, that to me is terrorism," he said.