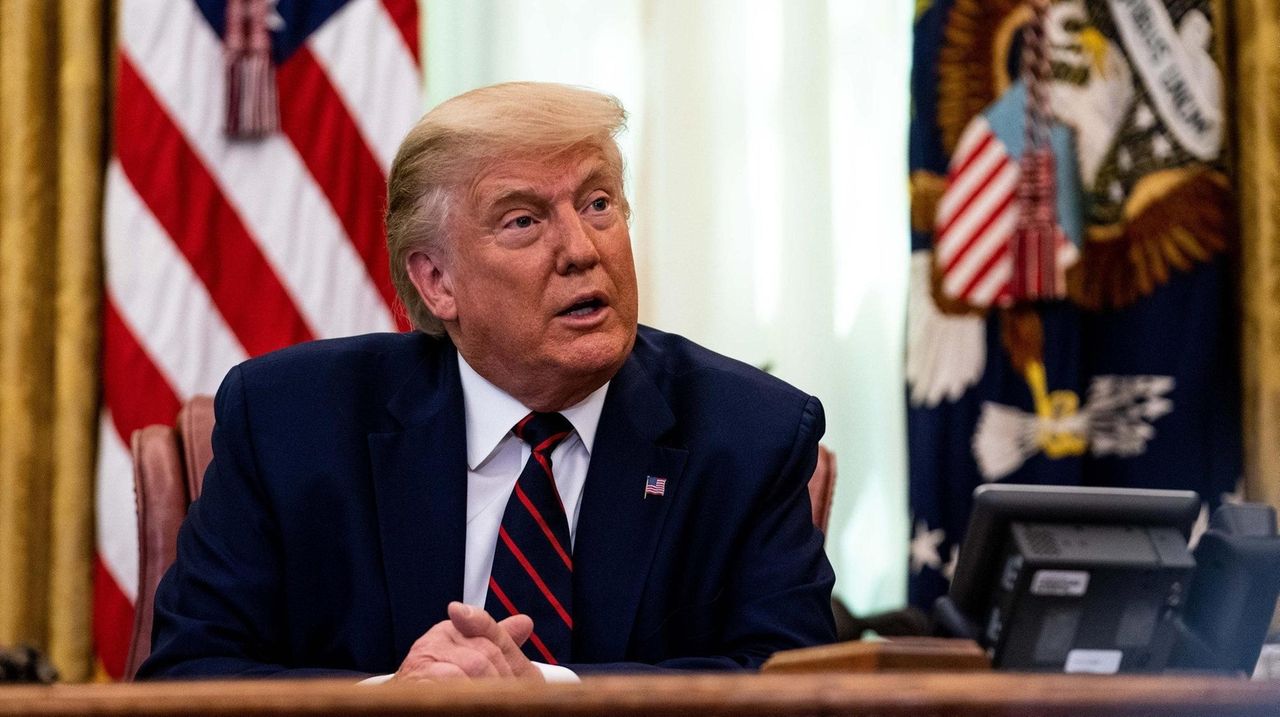 As the final hours of Donald Trump's presidency played out, attention grew on his ability to grant pardons or commutations to those convicted and serving prison sentences. There was even discussion of whether he would preemptively grant pardons — to members of his family or even himself — as he issued his final acts of presidential clemency.

In the end, Trump pardoned former chief strategist Steve Bannon as part of a flurry of clemency action that benefited more than 140 people, including rap performers, ex-members of Congress and other allies of him and his family.

Meanwhile, a lucrative market emerged, according to reporting by the The New York Times, as some of the president's allies collected fees from wealthy felons or their associates in exchange for lobbying the White House for clemency.

But what allows presidents to grant pardons? And are there limits to this power? Here's everything you need to know about presidential clemency, including how Trump wielded this power compared to his predecessors.

What is a presidential pardon?

It is an act of presidential forgiveness rooted in Article II, Section 2 of the U.S. Constitution, which states that the president "shall have Power to grant Reprieves and Pardons for Offences against the United States, except in Cases of Impeachment."

According to the U.S. Justice Department's website, it is ordinarily granted in recognition of the applicant’s acceptance of responsibility for the crime and established good conduct for a significant period of time after conviction or completion of sentence, but it does not signify innocence.

A presidential pardon will restore various rights lost as a result of the pardoned offense and should lessen to some extent the stigma arising from a conviction, but it will not erase or expunge the record of the conviction, according to the Justice Department. Those granted a pardon must still disclose a conviction on any form where such information is required, although they may also disclose the fact that they received a pardon.

How does a pardon differ from a commutation?

The president's clemency powers also allow him to offer a commutation. A commutation of sentence reduces the period of incarceration but does not imply forgiveness of the underlying offense, according to the Justice Department.

Can the president pardon any criminal conviction?

How does this process usually play out?

The process has changed over time, but as of 1865, pardon responsibilities were delegated to the Office of the Clerk of Pardons, a component of the then-newly created Department of Justice. (It's since been redesignated the Office of the Pardon Attorney.)

The pardon attorney assists the president in exercising his power by receiving and reviewing all petitions for clemency, initiating and directing the necessary investigations, and preparing a report and recommendation for the president in every case.

Under the Justice Department's rules governing petitions for clemency, an applicant must satisfy a minimum waiting period of five years before he becomes eligible to apply for a pardon. Requests for commutation generally are not accepted unless and until a person has begun serving that sentence. Waiver of any portion of the waiting period is rarely granted and then only in the most exceptional circumstances, according to the Justice Department.

In determining whether a particular petitioner should be recommended for a pardon, the Justice Department states that it takes into account:

Does the president have to follow the usual steps?

The power to grant pardons is vested in the president alone, according to the Justice Department, which also states that its own federal regulations regarding clemency are advisory only.

The president can grant a pardon "to any individual he deems fit, irrespective of whether an application has been filed with the Office of the Pardon Attorney" and at any time after the commission of an offense, the Congressional Research Service has written.

Can the president pardon people before they are indicted, convicted or sentenced for a federal offense?

The Justice Department states that this would be highly unusual, but there have been a few cases where people who had not been charged with a crime were pardoned, including President Gerald Ford's pardon of President Richard Nixon after Watergate, President Jimmy Carter's pardon of Vietnam draft dodgers and President George H.W. Bush's pardon of Caspar Weinberger. Trump pardoned former Arizona sheriff Joseph Arpaio and others after they were charged and convicted but before sentencing.

How many pardons and commutations have prior presidents issued?

How many did Trump grant during his presidency?

In total, Trump granted 144 pardons and 95 commutations during his time in office, according to Justice Department records and multiple media reports. More than half of those pardons and most of the commutations were issued during the final hours of his presidency. In late December 2020, Trump pardoned Roger Stone Jr., his longtime informal adviser and friend; Paul Manafort, his 2016 campaign chairman; and Charles Kushner, the father of his son-in-law, Jared Kushner.

How did Trump break from tradition?

While standard procedure is to let the Justice Department’s Office of the Pardon Attorney vet requests, most of Trump’s grants of clemency went to people who didn’t meet the office’s requirements or hadn’t even asked for one. Of Trump’s first 94 pardons and commutations, only seven appeared to have come on recommendation of the pardon attorney, and at least 84 were granted to people with "a personal or political connection to the president," according to a review led by Harvard Law School Professor Jack Goldsmith.

The New York Times reported Sunday that some of the president's allies had been collecting fees from wealthy felons or their associates to push the White House for clemency, according to documents and interviews with more than three dozen lobbyists and lawyers.

"The brisk market for pardons reflects the access peddling that has defined Mr. Trump’s presidency as well as his unorthodox approach to exercising unchecked presidential clemency powers," the Times reported. "One lobbyist, Brett Tolman, a former federal prosecutor who has been advising the White House on pardons and commutations, has monetized his clemency work, collecting tens of thousands of dollars, and possibly more, in recent weeks to lobby the White House for clemency for the son of a former Arkansas senator; the founder of the notorious online drug marketplace Silk Road; and a Manhattan socialite who pleaded guilty in a fraud scheme."

Could Trump have pardoned himself?

Experts weighing the question pointed to legal advice given to President Richard Nixon in 1974 in connection with the Watergate scandal: "Under the fundamental rule that no one may be a judge in his own case, the president cannot pardon himself."

That advice hasn’t ever been tested in court. Even if Trump had done so, and the pardon withstood legal challenges, it wouldn’t have preempted state or local authorities from charging him.