Pence: 'We will have law and order on the streets of America' "President Trump and I know the men and women that put on the uniform of law enforcement are the best of us," Pence said. Credit: AP

Mike Pence is one of the most capable and decent people to ever occupy the office of Vice President of the United States.

The @VP made a compelling case for reelection based on the strong record they have compiled in office.

"Joe Biden would be nothing more than a Trojan horse for the radical left," Pence said about the establishment Democrat. He also claimed, "Joe Biden would set America on a path of socialism and decline. But we're not gonna let it happen."

Note: Biden is not advocating socialism.

Vice President Pence KNOCKED IT OUT OF THE PARK!!!

So many fantastic speeches tonight at the RNC. Republicans definitely made their strong case for patriotism and law and order.

I can’t wait to see all the MAGA energy President Trump brings for his speech tomorrow night!!! 🇺🇸

Pence says since the beginning on the #Trump administration they have supported Law Enforcement and African Americans.

Pence says Biden says law enforcement has implicit bias, and says you won't be safe in Biden's America. Says #trump will not defund the police. #rnc2020

Pence argued Biden would "impose a regime of climate change regulations that would drastically increase the cost of living for working families"; Pence didn't say what he thinks should be done about climate change #RNC2020

.@POTUS @realDonaldTrump has the most loyal and supportive @vp he could have ask for in @Mike_Pence #RNCConvention2020 #RNC2020 #RNCConvention

Pence repeats the common conservative talking point that Biden supports "open borders," which remains false no matter how many times Twitter people yell at me about it.

I think you'll be hearing variations of this a lot in the coming weeks:

"In our first 3 years we built the greatest economy in the world. We made America great again," @VP Pence said. "And then the coronavirus struck from China." #RNCConvention2020

Pence touts Trump administration's move of U.S. Embassy in Israel to Jerusalem, "setting the stage for the first Arab country to recognize Israel in 26 years" #RNCConvention

.@VP Mike Pence: "So, with gratitude for the confidence President Donald Trump has placed in me, the support of our Republican party, and the grace of God, I humbly accept your nomination to run and serve as Vice President of the United States." #RNC2020 pic.twitter.com/iw66PWRpYu

Pence:
- Says prayers are with families in the path of Hurricane Laura. Says "support, rescue, respond and recover in the days and weeks ahead". So far no mention of #kenosha or #JacobBlake #rnc2020

.@RepLeeZeldin says: "During a once-in-a-century pandemic and unforeseeable crisis sent to us from a faraway land, the President's effort for New York was phenomenal." Many in NY would disagree.

Way to go Congressman @leezeldin, bringing home the message of “Land of the free because of the brave”!

Rep. @leezeldin wrapped up his speech with these words: "Keeping America great is up to us — and losing is not an option." #RNCConvention2020

Love @CawthornforNC! Best speech so far tonight at the RNC.
“Freedom of speech not FROM speech”! 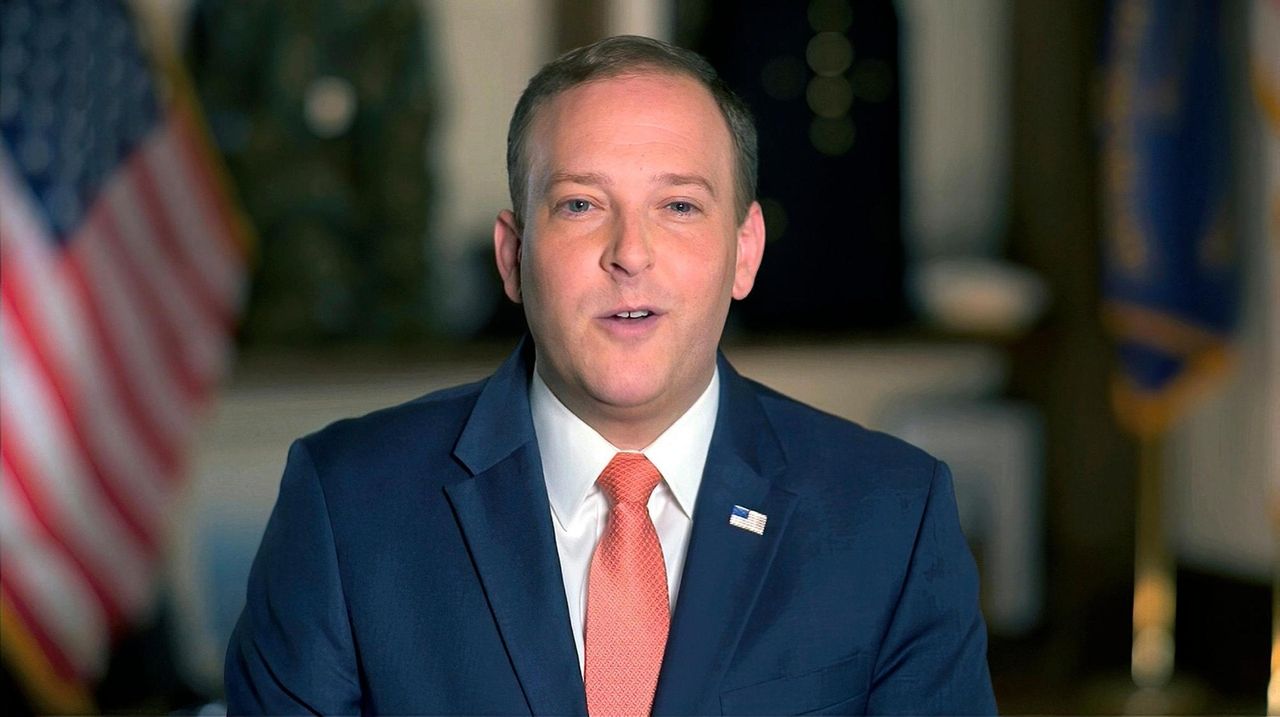 Zeldin at RNC: 'Keeping America great is up to us' Rep. Lee Zeldin, in his sixth year in Congress, has emerged as one of President Trump's fiercest defenders and his most loyal New York ally. Credit: AP

A Washington nun who is also a surgeon and retired U.S. Army officer says, “Donald Trump is the most pro-life President that this nation has ever had.”

Sister Deirdre “Dede” Byrne of the Little Workers of the Sacred Hearts of Jesus and Mary focused her remarks Wednesday night at the Republican National Convention on abortion.

She says the president’s “belief in the sanctity of life transcends politics.”

While Trump has fully embraced an anti-abortion agenda, some people of faith — particularly more liberal ones — point to a broader view of the “pro-life” label in criticizing some of his policy proposals as inconsistent with that interpretation. For example, Trump’s administration has slashed the refugee admissions cap for the U.S. to historic lows, while also pursuing a policy of separating migrant families at the border. — THE ASSOCIATED PRESS

McEnany wants daughter to grow up in Trump's America

One of President Donald Trump’s most visible and vocal supporters says her boss’s empathy for the changes in her life portray the type of world she wants for her daughter.

White House press secretary Kayleigh McEnany said Wednesday night during the Republican National Convention that Trump has supported her “both as a new mom and as an American with a preexisting condition.”

McEnany underwent a preventative mastectomy in 2018 after learning she carried a genetic mutation that enhanced her chances for breast cancer.

McEnany, who has a 9-month-old child, said, “I want my daughter to grow up in President Donald Trump’s America.” — THE ASSOCIATED PRESS

Clearly there’s been a change in the line-up, @RepLeeZeldin was listed as 6th speaker in email sent out by Trump campaign earlier tonight, but so far other speakers have continued in that same order minus Zeldin.

Every speech tonight - with the exception of Mike Pence's - is pre-taped. Every one.

Former Notre Dame football coach Lou Holtz delivering a great quip at RNC: "You know, there's a statue of me at Notre Dame. I guess they needed a place for the pigeons to land." #RepublicanNationalConvention

Proud of my wonderful wife, Second Lady @KarenPence for delivering a message of hope and strength to the American people tonight! We’re ready for four more years! #RNC2020 pic.twitter.com/5gmZYYW89g

White House Counselor @KellyannePolls who recently announced she is stepping down from post to focus on family speaks of her 2016 role: “President Trump helped me shatter a barrier in the world of politics by empowering me to manage his campaign to its successful conclusion.“

@PressSec Kayleigh McEnany touting her boss’ credentials. Says Trump called her shortly after she came out of surgery to check-in on her after preventative mastectomy.

17 of the 20 largest wildfires in California history have happened in the last 20 years—including the fires threatening the state right now.

There is no disputing we are already facing the impacts of climate change. We must address this crisis now. https://t.co/0BjoQ1tfND

Vice President Pence will use Fort McHenry for his #RNC2020 speech tonight, raising concern by some that the historical site is being used for political gain. The Coalition to Protect America’s National Parks called the move inappropriate.https://t.co/hMxAW6wbCM

With tornadoes that hit TN earlier this year & coronavirus, @VoteMarsha has expressed her gratitude to the HEROES that have helped TN.

Blackburn said: “Tennessee is the Volunteer State and people show up to help.”#RNC2020

.@KristiNoem made history when she became the 1st female ever elected as South Dakota’s governor.

Noem: “South Dakota's economy, having never been shut down, has recovered nearly 80% of our job losses."#RNC2020

Night 3 of #RNC2020
- #MikePence is the keynote...expected to speak on "Law and Order" on the same day NBA, WNBA, MLB and others have canceled games, continued protests in #Kenosha amid unrest over #JacobBlake shooting.
Also speaking:
- #kellyanneconway & #Laratrump

To my Democratic colleagues: The coronavirus doesn't have a stake in this election. Struggling families across America need our help, and Republicans stand ready to deliver. pic.twitter.com/97iN3ul3cL