Tonight's #RNC2020 was filled with so much inspiring, important, uplifting substance. Looking forward to the honor of addressing the RNC tomorrow night with an entirely positive message about service, our great nation & our limitless potential. pic.twitter.com/MxIF335VkD

Night 2 of #RNC2020 ended with an inspiring speech by First Lady @MELANIATRUMP! This Land of Opportunity will only grow stronger with four more years! 🇺🇸

"Total honesty is what we as citizens deserve from our president," @FLOTUS said. President @realDonaldTrump had made more than 20,000 false or misleading claims in office as of July 9, according to @washingtonpost. #RNC2020 pic.twitter.com/LECYaAMTm7

"America is in his heart," @FLOTUS says of @realDonaldTrump. "So while at times we only see the worst of people and politics on the evening news, let's remember how we come together in the most difficult times." #RNCConvention2020

Jimmy Carter had to put his peanut farm in a blind trust. 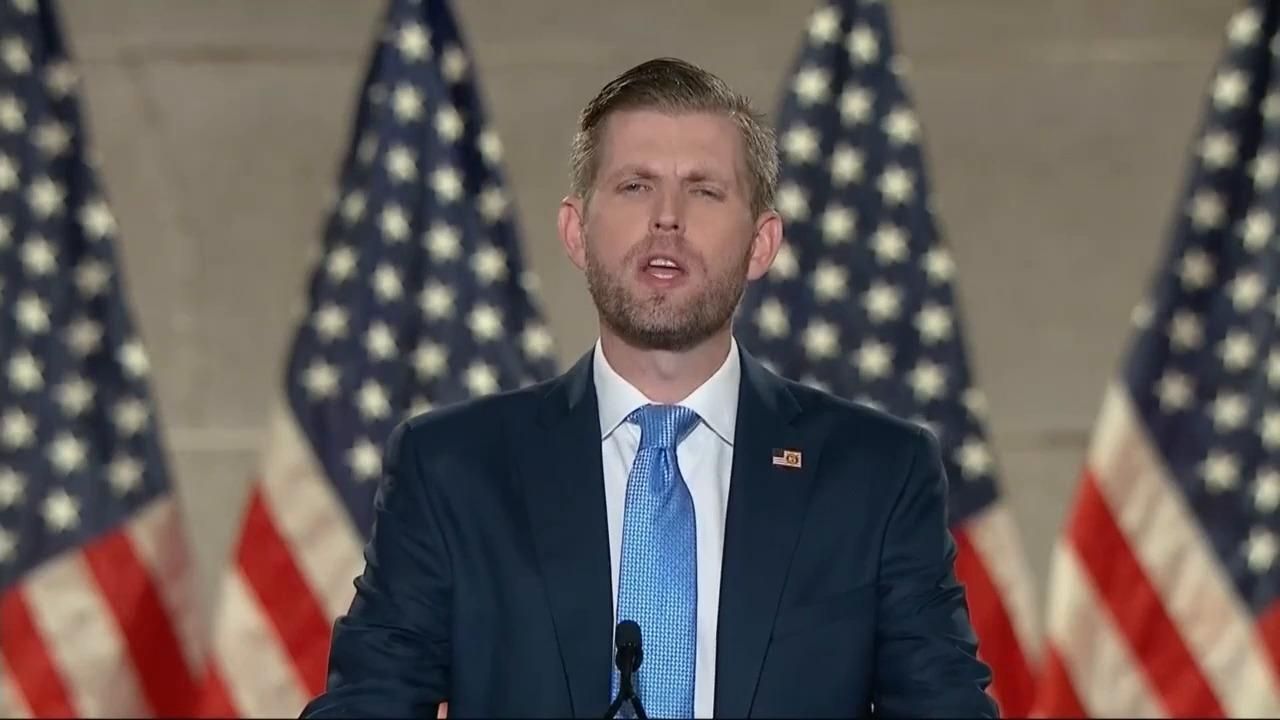 Eric Trump: 'My father will fight for you' Eric Trump closed his speech by addressing his faher directly. "I am proud to watch you give them hell. Never stop. Continue to be unapologetic. Keep fighting for what's right." Credit: AP

I have a feeling that America is going to be hearing A LOT more from @DanielCameronAG in the years to come!

An immediate shooting star in the @GOP ⭐️

Congratulations on an amazing speech tonight at @GOPconvention #RNC2020 ! pic.twitter.com/rdnEza2IZ3

Tonight the #RNC2020 has done a naturalization ceremony and a criminal pardon on the national broadcast. The party is putting a lot of attention on minority voters with these show and tell moments. pic.twitter.com/qdabigzuZU

Vice President Mike Pence is the star of a video that aired during the Republican National Convention featuring the stories of six Americans whose lives have been helped by the Trump administration.

Jordan McLinn, who suffers from Duchenne muscular dystrophy, thanked Trump for signing the federal version of the “Right to Try” law in 2018.

Jack Hughes and his mother, Sarah, discuss how they used school vouchers to enroll Jack in a parochial school that better suited his learning needs.

And Lidia Brodine, a naturalized American originally from Honduras, talk about how the Paycheck Protection Program helped save her family’s new security business from folding once the pandemic hit. — THE ASSOCIATED PRESS 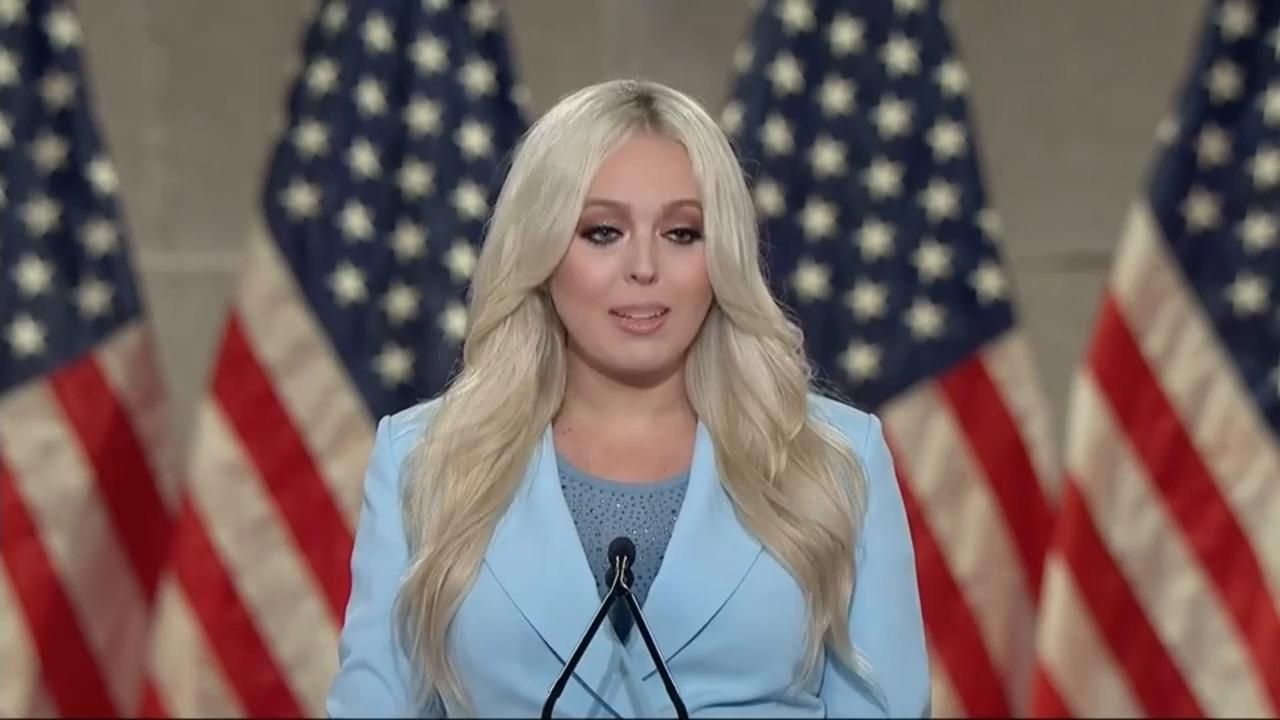 Tiffany Trump speaks on night 2 of the RNC "We believe in freedom of thought and expression. Think what you want. Seek out the truth. Learn from those with different opinions. And then freely make your voice heard to the world," Tiffany Trump said in her RNC address. Credit: AP

Tiffany Trump, daughter of the President of the United States of America: “As a recent graduate, I can relate to so many of you who might be looking for a job.”

AMAZING job by @TiffanyATrump tonight! Her speech was both passionate and measured. Also, she looked so gorgeous!!! 🤩

“Democrats have been lecturing America about integrity for 4 years while their nominee has been writing the textbook on abuse of power for over 40 years.” - @PamBondi

The United States is approaching 180,000 coronavirus deaths. We can all still do our part to prevent more deaths in our communities. Stay vigilant against this virus, and let’s keep the families and loved ones of those lost in our hearts.

RNC is now giving Nicholas Sandmann the virtual stage. It’s the kid, that was face to face w/ an activist in front of the Lincoln Memorial. He says media coverage resulted in death threats. Says media needs to stick to facts. Compares his media experience w/ Trump’s. #rnc2020 pic.twitter.com/EaFwy3qO6G

.@N1ckSandmann explains how the mainstream media rushed to falsely judge him because of his support of @realDonaldTrump #MAGA #RNC2020 #RNCConvention

WH Economic Adviser Larry Kudlow making the economic pitch for Trump. Says economy was on the up before COVID and makes the case that economic confidence is improving. “There's a big change in attitude happening. The American Spirit is picking up.”

A speaker who had been scheduled to address the second night of the Republican National Convention has been pulled from the lineup after directing her Twitter followers to a series of anti-Semitic, conspiratorial messages.

Trump campaign spokesperson Tim Murtaugh says, “We have removed the scheduled video from the convention lineup and it will no longer run this week.”

Mary Ann Mendoza had been scheduled to deliver remarks Tuesday night to highlight the president’s fight against illegal immigration. Mendoza’s son was killed in 2014 in a head-on collision by a man who was under the influence and living in the U.S. illegally.

She and and other parents whose children have been killed by people in the country illegally have labeled themselves “Angel Moms” and have made frequent appearances at the White House and Trump campaign events.

Mendoza had apologized for the tweet, writing that she “retweeted a very long thread earlier without reading every post within the thread” and said it “does not reflect my feelings or personal thoughts whatsoever.”

A Republican familiar with the plans who spoke on condition of anonymity cited controversy as the reason for pulling Mendoza. The Republican wasn't authorized to speak about the matter publicly. — THE ASSOCIATED PRESS 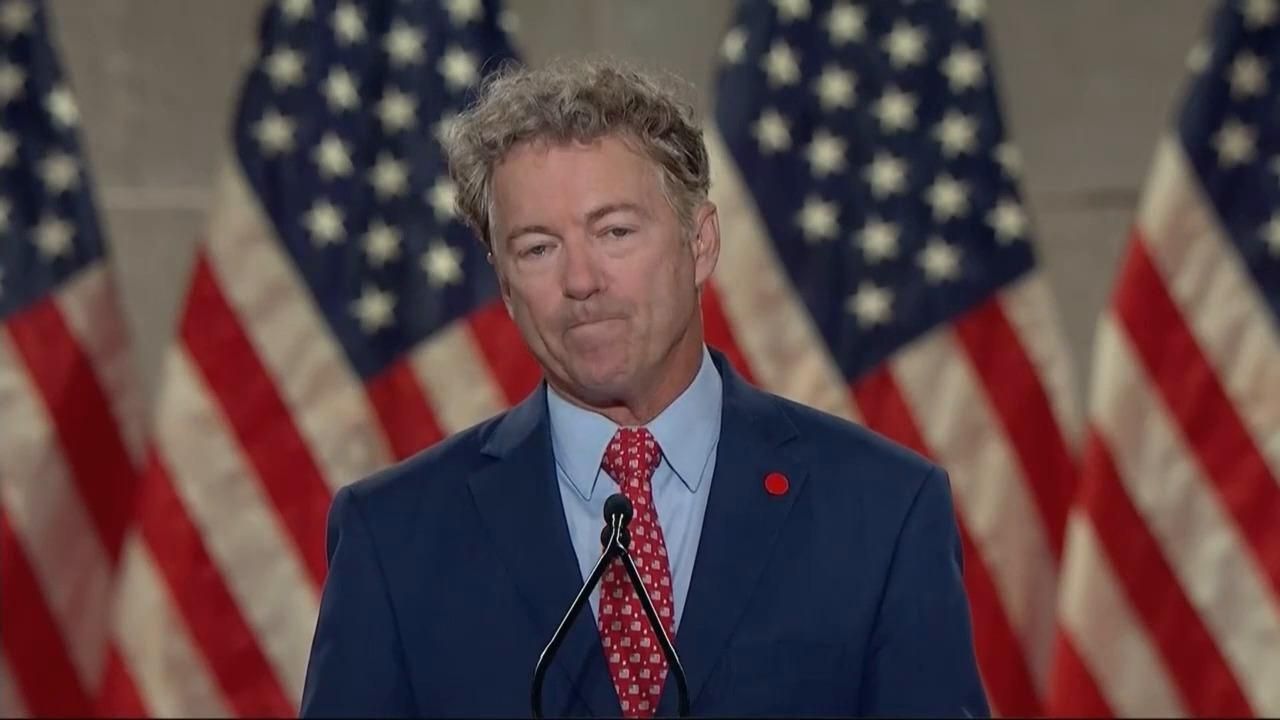 #RNC2020 starts off with story about Las Vegas re-entry program #hopeforprisoners and Jon Ponder the man that started it. Ponder talks about his history with crime, his spiritual awakening, and his relationship with the FBI agent that arrested him. pic.twitter.com/tSNKI5WG2M