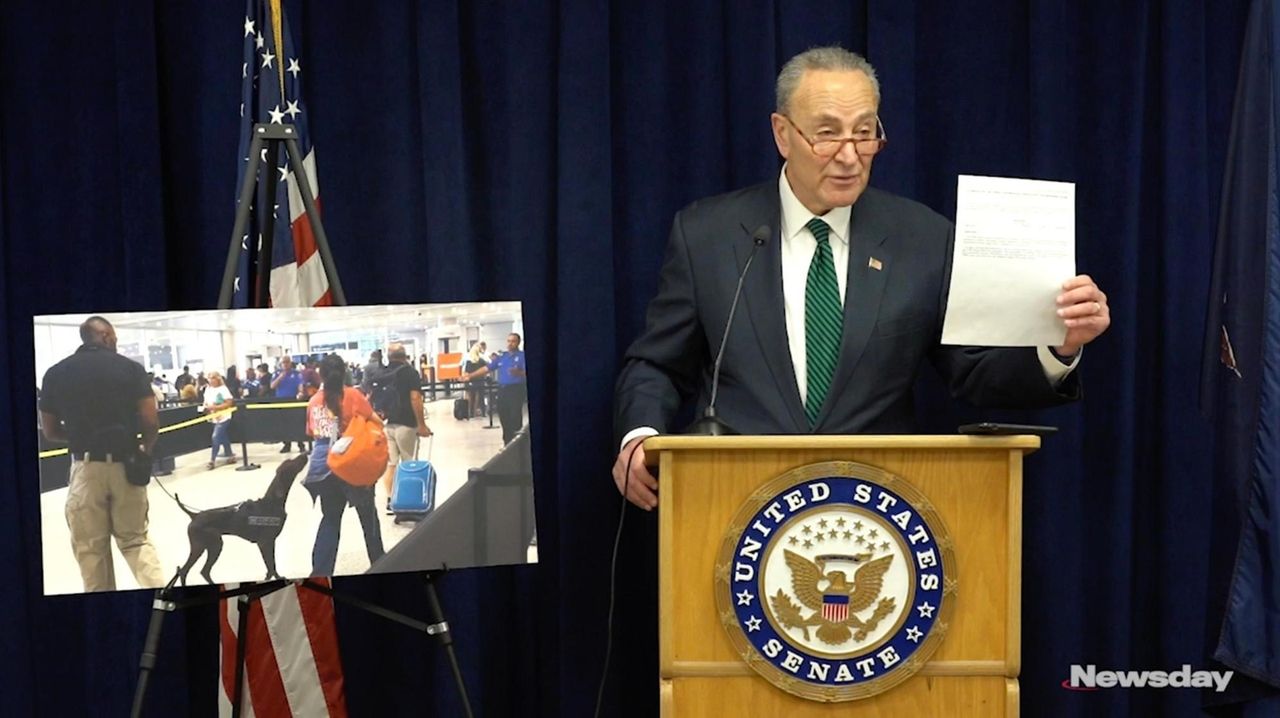 Sen. Chuck Schumer on Sunday decried a proposal by President Donald Trump to cut funding for bomb-sniffing dogs that patrol transit hubs in New York and around the country, saying the move would eliminate an effective tool in keeping Americans safe.

The canines on Visible Intermodal Prevention and Response teams sniff for a variety of explosives at airports, train stations and other places with heavy foot traffic, Schumer (D-N.Y.) said in a news conference in Manhattan. But the Trump administration, in its proposed federal budget for the upcoming fiscal year, is seeking to slash the $59 million in funding for the 31 teams down to zero.

"The White House is putting forth a dangerous proposal," Schumer said, calling the teams "a very critical resource that we should not lose."

Representatives of the Trump administration did not immediately respond to a request for comment.

The teams, which are part of the Transportation Security Administration, are one of a number of federal programs Trump has proposed slashing in his $4.8 trillion spending plan for fiscal year 2021, which his administration released last week. Medicaid, the Environmental Protection Agency and a host of other government initiatives would also see major cuts.

"To ensure this economic strength continues, I have called on the Government to reduce wasteful, unnecessary spending, and to fix mismanagement and redundancy across agencies," the president wrote in a message prefacing the spending plan. "My 2021 Budget sets the course for a future of continued American dominance and prosperity."

The Visible Intermodal Prevention and Response program is "duplicative of the efforts of State and local law enforcement agencies and lacks sufficient demonstrable benefits to justify its continuation," an administration document accompanying the budget reads.

"Nothing can replace the dogs," he said, arguing that the teams are more mobile than other law enforcement K-9 units. They have an advantage over computerized bomb detection devices, too, the senator said.

Schumer said the Trump administration previously sought to cut funding for the teams, but Congress successfully protected them. He said he is hopeful Congress will achieve the same results this time as well.

Around 30 dogs from the specialized units patrol Kennedy Airport, Penn Station and other sites in New York City, Schumer said.

"We want to keep New York City safe," Schumer said. "It's one of the safest cities on the planet, but it's not by accident."