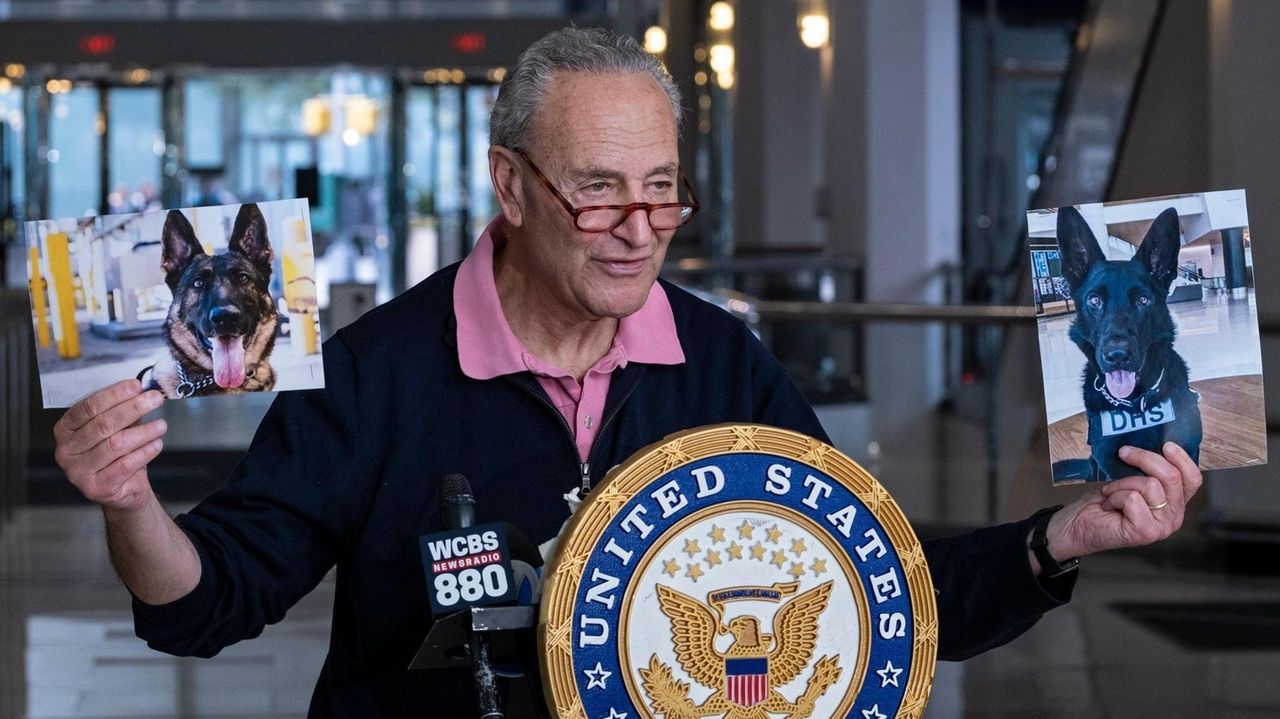 The suggestion comes after TSA Administrator David Pekoske told CNN last week that 60% of his agency’s staff are vaccinated. The deadline for federal employees, with limited exceptions, to be fully vaccinated is Nov. 22 as set by the Biden administration.

"If the TSA lags in jabs, send in the dogs," Schumer said in a news conference in Manhattan Sunday. "They could lend a real paw to the TSA."

Pekoske told CNN that his agency is building contingency plans, something Schumer said should include greater deployment of its canine dog teams, including trained detection dogs and their handlers.

"They can help secure national security and allow TSA agents to more effectively and efficiently screen individuals for explosives," Schumer said. "It really works, and it moves the lines along."

Schumer said he also wants the agency to release its contingency plans within the next month so that New Yorkers can plan their trips for the Thanksgiving holiday, one of the busiest times for the region’s airports.

"I'm asking, particularly for them to look at New York, because our three airports put together are the busiest in the country when it comes to travel," the senator said.

R. Carter Langston, a TSA spokesperson, said in an email that the agency anticipates "the vast majority of TSA employees will get vaccinated."

"My understanding is that the current percentage reflects employees TSA doesn’t yet have vaccination information on," Langston said, referring to the remaining 40% of staff, "and is not an accurate reflection of its vaccination rate. TSA personnel are in jobs where they are not readily in front of computers … TSA responses to surveys are often delayed in comparison to other DHS components. Eventually the response rate is consistent with other DHS components."

Time is quickly running out for unvaccinated federal employees to comply with the mandate, given Pfizer and Moderna vaccines require two shots and a few weeks taken apart.

Agencies may initiate the enforcement process, which includes termination or removal, as soon as Nov. 9, according to guidance issued by Office of Personnel Management.

In New York, Gov. Kathy Hochul said last week that 3% of the state’s health care workers — almost 34,000 — were forced from their jobs after declining to get inoculated against the virus.