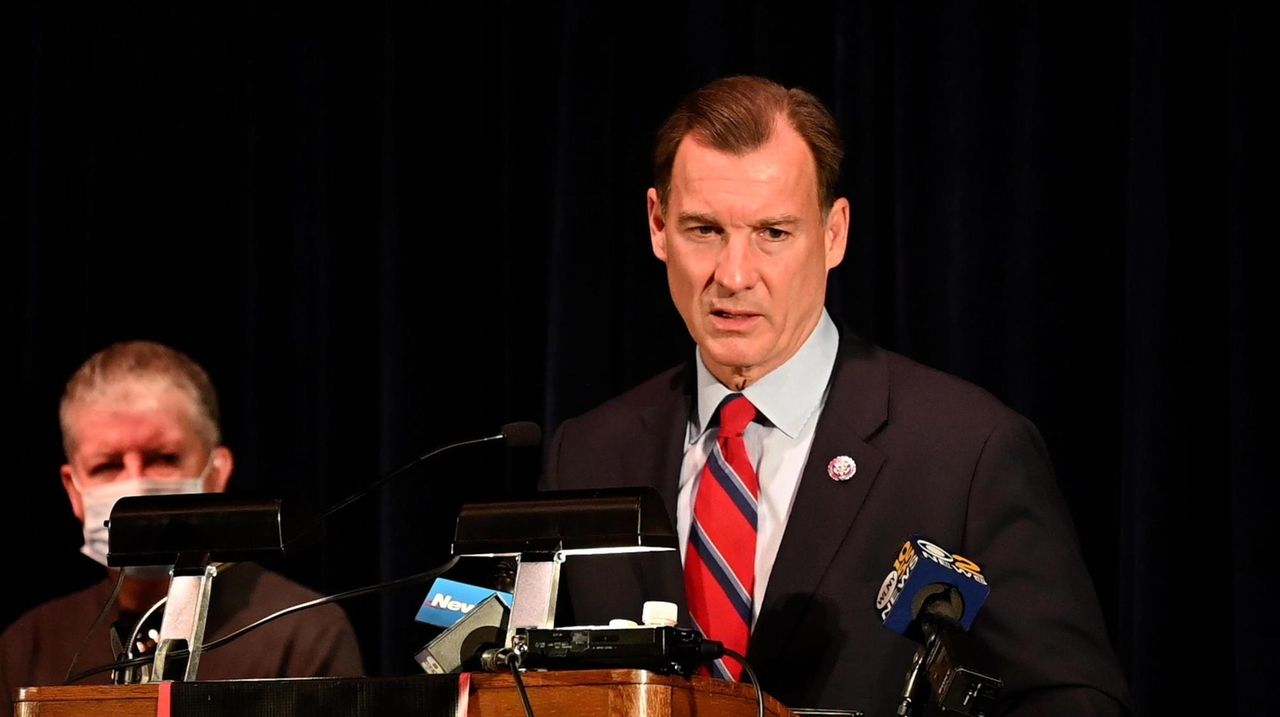 Suozzi, a Glen Cove Democrat, and New Jersey Reps. Bill Pascrell and Josh Gottheimer sent a message Tuesday to the White House that they will insist that the bill lift the 2017 tax law’s $10,000 cap on deductions for state and local taxes, often called SALT.

"I support and I like the infrastructure plan and it's good for America," Suozzi said in a phone interview Tuesday morning. "But it’s got to have a SALT fix. No SALT, no deal."

Biden’s $2 trillion infrastructure plan would raise the corporate income tax to 28% from 21%, and set a 21% minimum tax on global corporate earnings, moves that White House aides said would fully pay for the plan’s investments over the next 15 years.

Biden’s package does not mention SALT, and Suozzi said he has the votes to block Biden’s tax plan, given the narrow majority that Democrats hold in the House.

The White House signaled that Biden is willing to talk with Suozzi and his group.

"The President looks forward to engaging with members of Congress on a variety of tax-related issues after the infrastructure plan is unveiled tomorrow," a White House spokesman said in an email.

Biden hopes to have bipartisan support for his infrastructure bill, but wary Republicans have been critical so far, especially after Democrats approved a $1.9 trillion stimulus package with a party-line vote using the obscure parliamentary process called budget reconciliation.

Many House Republicans said they would oppose any efforts to lift the SALT cap. And Senate Minority Leader Mitch McConnell (R-Ky.) last week said Biden’s infrastructure proposal "may actually be a Trojan horse for massive tax hikes and other job-killing left-wing policies."

Democrats could use the budget reconciliation process they used to pass the stimulus to push the infrastructure legislation through Congress without any Republican votes. But that will work only if they can keep moderate and progressive Democrats together.

Repealing the SALT cap would not come cheap and raises concerns for progressives: it would cost $88.7 billion a year in revenue and more than half the benefits would go to households earning more than $1 million a year, according to the Joint Committee on Taxation.

Suozzi, a member of the House Ways and Means Committee that oversees tax policy, has a powerful ally in Senate Majority Leader Chuck Schumer (D-N.Y.), who sponsors the Senate version of the SALT cap repeal bill.

The biggest impact of the SALT cap hits states such as California, New York and New Jersey with high costs of living and high taxes. Suozzi said it affects everyone in New York.

"This is an existential threat to New York State," said Suozzi, who represents one of the wealthiest congressional districts in the country, where almost every household owns its own home and must pay more taxes because of the SALT cap.