WASHINGTON —  President Donald Trump will deliver a blistering attack on his Democratic rival Joe Biden while trumpetintg his own accomplishments and defending his pandemic response during his acceptance speech Thursday capping his dominating presence at the Republican National Convention.

Breaking tradition and precedent, Trump will deliver the convention’s closing address — his most important pitch to voters — live from the south lawn of the White House, an event that will be followed by fireworks launched from the Washington monument.  His daughter Ivanka will introduce him.

“Tonight, the president will deliver a tough speech,” said campaign spokesman Tim Murtaugh in a call with reporters Thursday, one that will contrast the president's and Biden's policies.

“The President will go after Joe Biden for his radical left wing agenda on a variety of topics, our nation's borders, taxes, energy policy, trade, China, of course, and areas involving crime," he said. 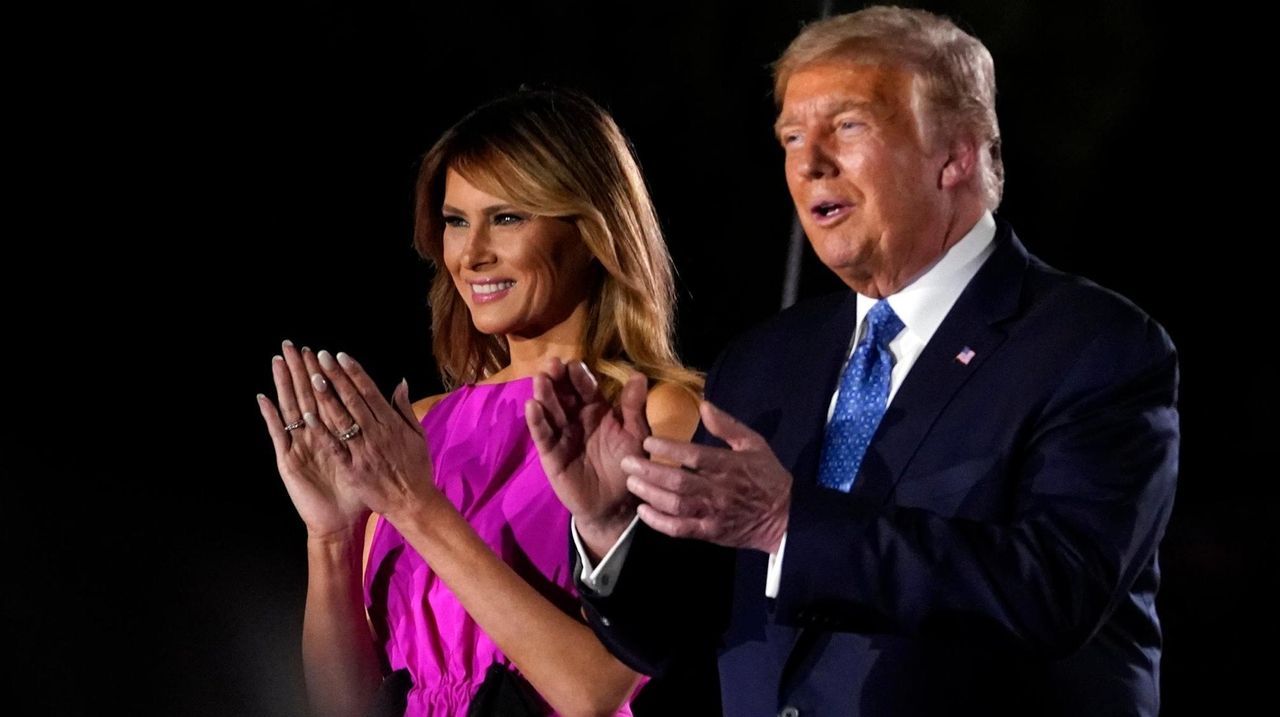 According to acceptance speech excepts released by the campaign, Trump will say, "We have spent the last four years reversing the damage Joe Biden inflicted over the last 47 years."

Trump will also try to define Biden as an empty shell whose policies are being dictated by leftists in the Democratic Party, Murtaugh said.

"At the Democrat convention, you barely heard a word about their agenda," Trump is expected to say, according to the excerpts. "But that's not because they don't have one. It's because their agenda is the most extreme set of proposals ever put forward by a major party nominee."

In contrast, Trump will praise his four years in office and welcome all voters to join him by electing him to a second term: “This towering American spirit has prevailed over every challenge, and lifted us to the summit of human endeavor.”

With the Republican convention’s biggest audience watching, Trump will have an opportunity to pump up his loyal base of supporters while trying at the same time to win back voters who have drifted away and lure wavering or undecided suburbanites and other groups. 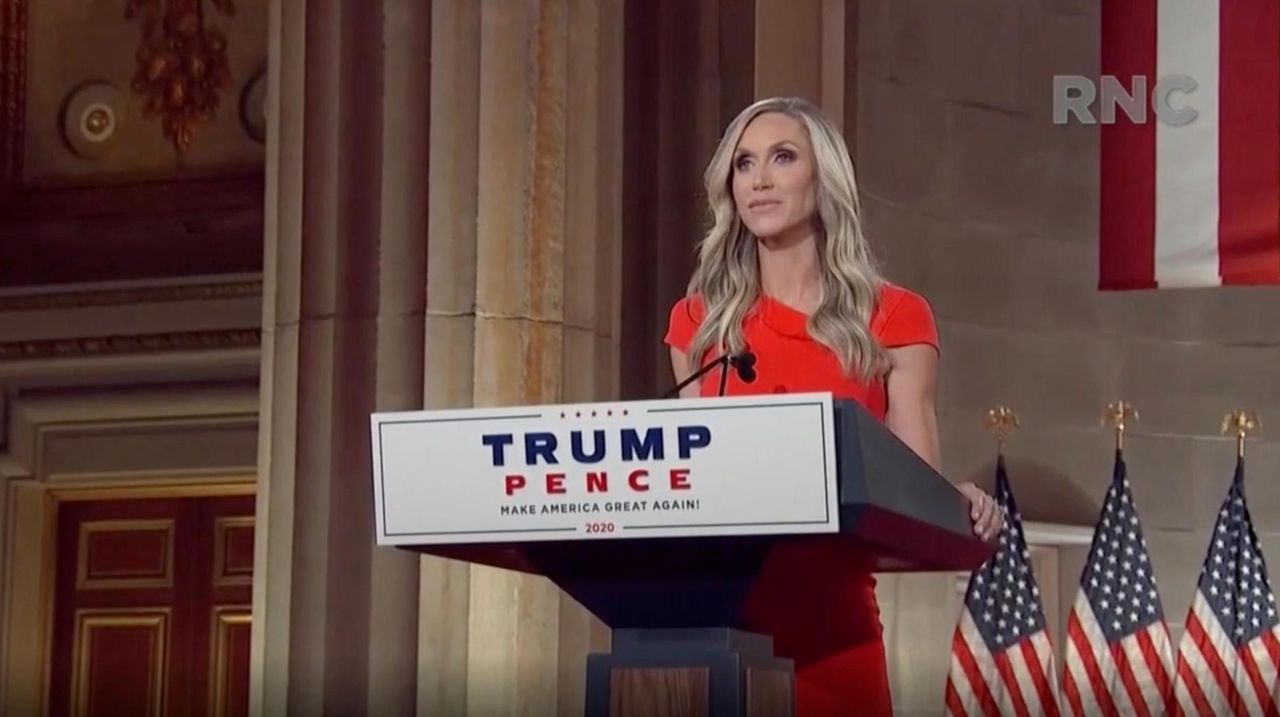 Lara Trump: President Trump will keep America safe "As we head towards the most critical election in modern history, this is not just a choice between Republican and Democrat or left and right. This is an election that will decide if we keep America — America," Lara Trump said at the RNC on Wednesday. Credit: AP

The election will be all about Trump, and Trump has accepted and doubled down on that reality, breaking precedent with a prominent role in each day’s convention program. Candidates before made cameo appearances, but laid low to build anticipation for the acceptance speech.

For Trump, University of Virginia political science professor Larry Sabato said, overexposure won’t matter to his supporters because “they can’t get enough of him.”

Trump will assemble an audience for his speech on the White House lawn, much as the convention did for first lady Melania Trump on Tuesday, but he will not have the large enthusiastic crowds that energized him so much during his rallies and at the 2016 convention.

Yet Trump faces challenges created by the coronavirus pandemic, both for this speech Thursday and his campaign going forward over the next month before he faces his Democratic challenger Joe Biden in a series of three debates, experts on politics said last week.

A major focus will be how he explains his often dismissive and contradictory handling of the coronavirus pandemic that has resulted in nearly 179,000 U.S. deaths and infected about 5.8 million Americans.

“Overcoming the perception of failed leadership in the pandemic is the president's greatest reelection challenge,” said Mark Rozell, dean of George Mason University’s Schar School of Policy and Government, especially swing voters among older people who voted for him in 2016 and have since slipped away from him.

“How does he convince those critical voters that he is not responsible in any way for the tragedy resulting from the pandemic?” Rozell asked.

Meanwhile, Trump has revived tried-and-true Republican strategies: campaign on law and order, accuse Democrats of being socialists or communists, and stress the success of the stock market and the economy while glossing over racial and economic disparities.

“He’s going to basically lay out a vision of an America that is prosperous, that is united in freedom, that truly is a shining beacon on a hill,” said Trump ally Rick Manning, president of the conservative Americans for Limited Government.

Trump likely will raise the issue of law and order after the police shooting of a Black man in Kenosha, Wisconsin, led to protests, looting and two deaths in shootings this week.

“The Democrats do have a problem with violence and looting in a handful of cities. It makes for terrible TV, and it scares suburban whites who don’t want to vote for Trump again but will if they have to,” Sabato said. “Biden will have to get tough on violence and looting.”

Another balancing act for Trump will be running against the government after four years of being president, said Meena Bose, director of the Hofstra University’s Kalikow Center for the Study of the American Presidency.

“What’s going to be very interesting to see is whether Trump's strategy of being an outsider who’s going to restore safety and security to the American republic is persuasive as an incumbent running for reelection,” Bose said.

And while Rozell said Trump needs swing voters to help him win in November, the Republican convention may not be reaching enough of them, at least on television.