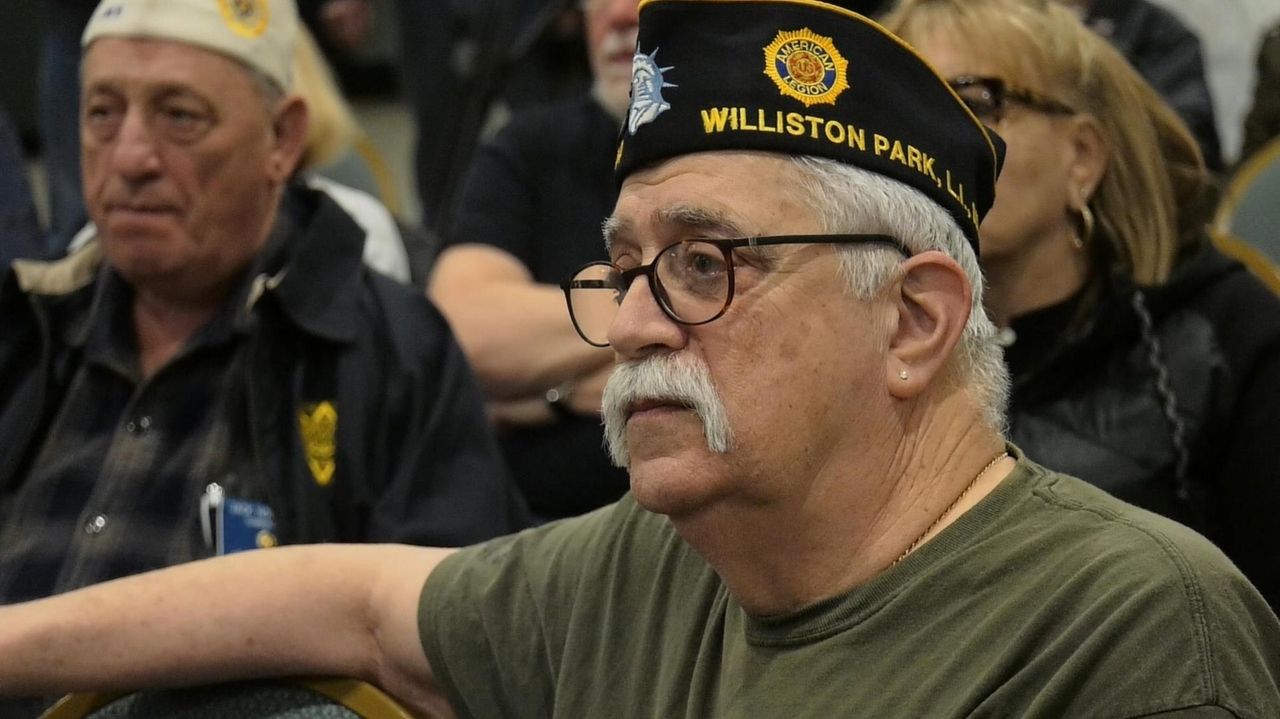 Sen. Chuck Schumer on Wednesday called on the federal government to recognize four ailments linked to Agent Orange exposure in Vietnam veterans, labeling it a “disgrace” the former soldiers could not get treatment decades after the war ended.

The Department of Veterans Affairs recognizes 14 illnesses linked to the highly toxic defoliant widely used in Vietnam to wipe out jungle cover and expose the enemy. That list does not include bladder cancer, hypertension, hypothyroidism, and parkinsonism, even though scientific evidence links those illnesses to Agent Orange exposure, Schumer said.

“Bean counters” at the federal Office of Management and Budget apparently “deep-sixed” coverage for the ailments a few years ago, Schumer said at a news conference at the VFW Post in Albertson.

“What a disgrace, that because it costs money, the lives of these men and women and the service they gave us is totally just discounted, ignored, forgotten,” Schumer said, flanked by veterans and local officials.

“I know at OMB their job is cut back on waste. Mr. OMB — this is not waste. This is what America is about. This is not just unfair. It’s cruel.”

OMB Director Mick Mulvaney, who also is acting White House chief of staff, did not respond to requests for comment.

Although it conducts regular review of emerging evidence on Agent Orange, the VA said, “the department will not be announcing any new presumptive conditions until there is sufficient evidence to support an informed decision.”

The agency said in a statement it awaited results of two studies, the Vietnam Era Health Retrospective Observational Study and the Vietnam Era Mortality Study, to guide its decision.

“VA remains committed to the care of Vietnam Veterans and the continued study of Agent Orange and its associated adverse health effects,” the agency said. “VA has already established a presumption of service connection for 14 diseases associated with Agent Orange exposure.”

Nassau County Executive Laura Curran said in a statement, “Agent Orange has permanently scarred thousands of veterans, leaving a truly horrendous legacy with long-lasting genetic effects that are still being felt today. This disease is a painful reminder for far too many of America’s heroes who deserve to finally see their personal fog of war lifted.”

New York State is home to about 240,000 Vietnam veterans, including about 84,000 on Long Island and New York City, Schumer said.

A few dozen veterans attended the news conference, some becoming emotional as they spoke.

“You have to do this for us, because we paid a big price,” said Paul Masi, 73, of Bethpage, who fought in Vietnam as a U.S. Marine.

“This is the United States of America — don’t turn your back on us here,” he said, crying. “It’s not right.”

Many of the symptoms appear years or decades after the soldiers’ exposure to the herbicide, according to doctors and scientists.

“I came home from Vietnam sick and didn’t know it until 35 years later” when he came down with diabetes and other illnesses that didn’t run in his family, said John Rowan, president of Vietnam Veterans of America.

Many veterans have spent years trying to get VA-funded medical attention for the ailments, Schumer said. Some die before they get an answer.

“They fought a war in Vietnam,” Schumer said. “Now they have to fight a war against the bureaucracy to get something that they are entitled to. That’s wrong.”

Under the Agent Orange Act of 1991, the VA automatically accepts that any Vietnam veteran who served in-country between January 1962 and May 1975 probably was exposed to the herbicide, Schumer said.

Former VA Secretary David Shulkin was planning to add the four ailments, but was blocked by OMB , Schumer said.

The senator said he met recently with the OMB  official in charge of the VA, who told Schumer he would take a “serious look” at the request.

Pat Yngstrom, 70, of North Merrick
• Served in the 101st Airborne near the DMZ in Vietnam from 1970-71.
• Classified as 100% disabled by the VA, and has diabetes, hypertension and prostate cancer.
• Called the government’s refusal to recognize the four ailments as “bordering on criminal … We got spit at when we came home. They need to take care of us now.”

Joe Ingino, 72, of Lindenhurst
• Served in southern Vietnam from 1969-70 in the First Infantry Division — also known as “Big Red One.”
• Agent Orange has caused him many health problems, including prostate cancer, diabetes, heart and stomach issues, hypertension and hyperthyroidism.
• Classified as 100%-disabled by the VA.
• Believes Agent Orange also affected his six children — one died after a day and a half, and is buried in Calverton National Cemetery. Many studies have shown Agent Orange caused genetic defects in the children of veterans.
• On the government’s refusal to recognize the four additional ailments, he said: “It bothers me to no end. There are Vietnam veterans dying every day.”