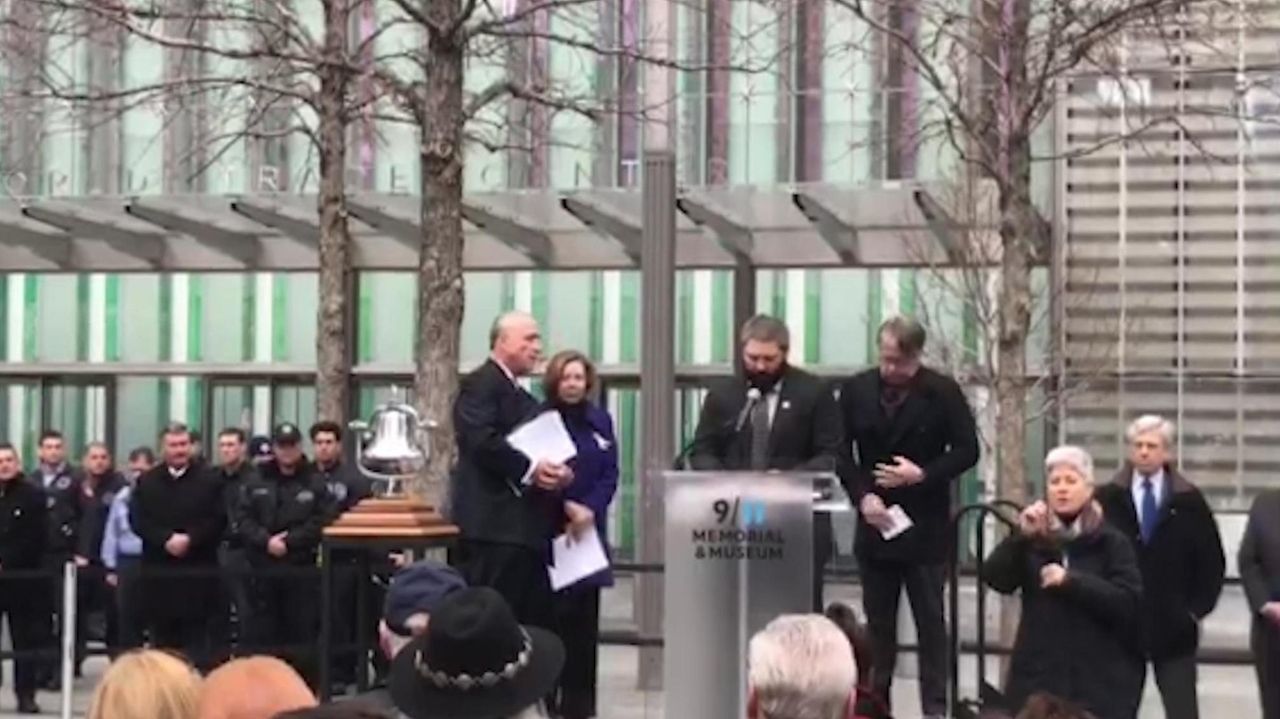 The names of the victims of the 1993 World Trade Center bombing were read aloud at the 9/11 Memorial Plaza on Monday, Feb. 26, 2018, on the 25th anniversary of the attack. Credit: Rajvi Desai

To reflect on the Feb. 26, 1993, bombing of the World Trade Center on its 25th anniversary is to remember the “before” in America’s fight against terrorism.

Before that day, there had been no Oklahoma City bombing, no Orlando nightclub attack, no Department of Homeland Security. None of what we now call the new normal.

It would be nice to say that the bombing served as a wake-up call for America against terrorism, but it didn’t, said Charles B. Strozier, director of the terrorism center at John Jay College of Criminal Justice in Manhattan.

“It wasn’t a big issue until 9/11,” said Strozier, also a history professor at the college. “It didn’t elicit the keen fear and dread of a terrorist attack in the U.S.”

In many ways, he said, it is America’s forgotten terror attack.

Now, a quarter century later, it’s easier to see how the bombing foreshadowed the 2001 attack. But the event stands so in the shadow of that massive tragedy, it’s largely overlooked, he said.

That angers Vito Rodriguez, an auto mechanic who lives in Nassau County. His older sister was killed when Islamic terrorists packed a yellow van with 1,200 pounds of explosives, drove the rented vehicle to the basement parking level in the north tower and detonated it.

“It’s very disheartening,” Vito Rodriguez said. “It got swept under the carpet.”

Coming shortly after noon on a Friday, the terror attack rocked New Yorkers and the nation as it killed six people, including two Long Islanders, and injured 1,000 others. The explosion blew open a five-story crater, marking the first Ground Zero. Media images captured thousands of stunned and bleeding workers fleeing the building.

Monica Rodriguez Smith, 34, of Seaford, had been working on the other side of the wall to that parking area. The administrative assistant for the Port Authority was eight months pregnant and a day away from starting her maternity leave.

The other Islander killed that day was John DiGiovanni, 45, of Valley Stream. He was a dental supply salesman who pulled his car into the underground parking garage just before the bomb was detonated.

A memorial fountain was built at the trade center and inscribed with the names of the six victims. The fountain was destroyed on Sept. 11, 2001, and only a fragment was recovered from the rubble. It bears part of DiGiovanni’s name, according to the 9/11 Memorial and Museum website.

The 9/11 Memorial also bears the names of the six victims inscribed in bronze. One line reads “Monica Rodriguez Smith and her unborn child.”

That is where Ed Smith, her husband, will be Monday.

Smith recalls that it was snowing that day 25 years ago. He said he will never forget the long hours after the bombing when he couldn’t track down his wife.

“You need to come here right away,” was the response.

“What about the baby?” he asked.

“You need to come here right away.”

Smith attended the trial of the suspects in March 1994, when four men were convicted of carrying out the bombing. In November of 1997, two more were convicted. They had connections to a radical New Jersey mosque and Islamist terror networks abroad.

The 1993 attack was a sign of things to come, said Joseph Viteritti, a public policy professor at Hunter College in Manhattan.

In its aftermath, security measures heightened. Giant planters were put around the trade center to prevent truck bombings. All vehicles except law-enforcement and Port Authority vehicles were banned from the underground garage. Trade center employees had to wear identification badges. Dozens of new security cameras were installed. At the federal courthouse, marshals and city police banned traffic from the street and screened all visitors with metal detectors.

“It was the very beginning of something we were not very familiar with at the time — terrorism,” Viteritti said.

He should know. He was teaching a class on the 88th floor there when he felt the building shake and the lights went out. He and his students had to make their way to the ground, floor by floor.

“The farther we walked down, the blacker it became,” Viteritti said. “We had to stop on some floors just to get out of the stairwell. Our faces were beginning to burn.”

Descending the darkened stairway for nearly two hours, he wondered whether he would ever see his son again.

Since then, Viteritti has avoided the bombing site.

Vito Rodriguez, for his part, said he has become more guarded, about himself and his family. He said he is also become more patriotic and attuned to the threat of radical Islamic terrorism.

Smith had to move away from this area, needing a fresh start. There were too many painful reminders in New York. He remarried two years ago and lives in Phoenix.

“It’s unbelievable how gracious and nice people are — that they haven’t forgot,” he said.