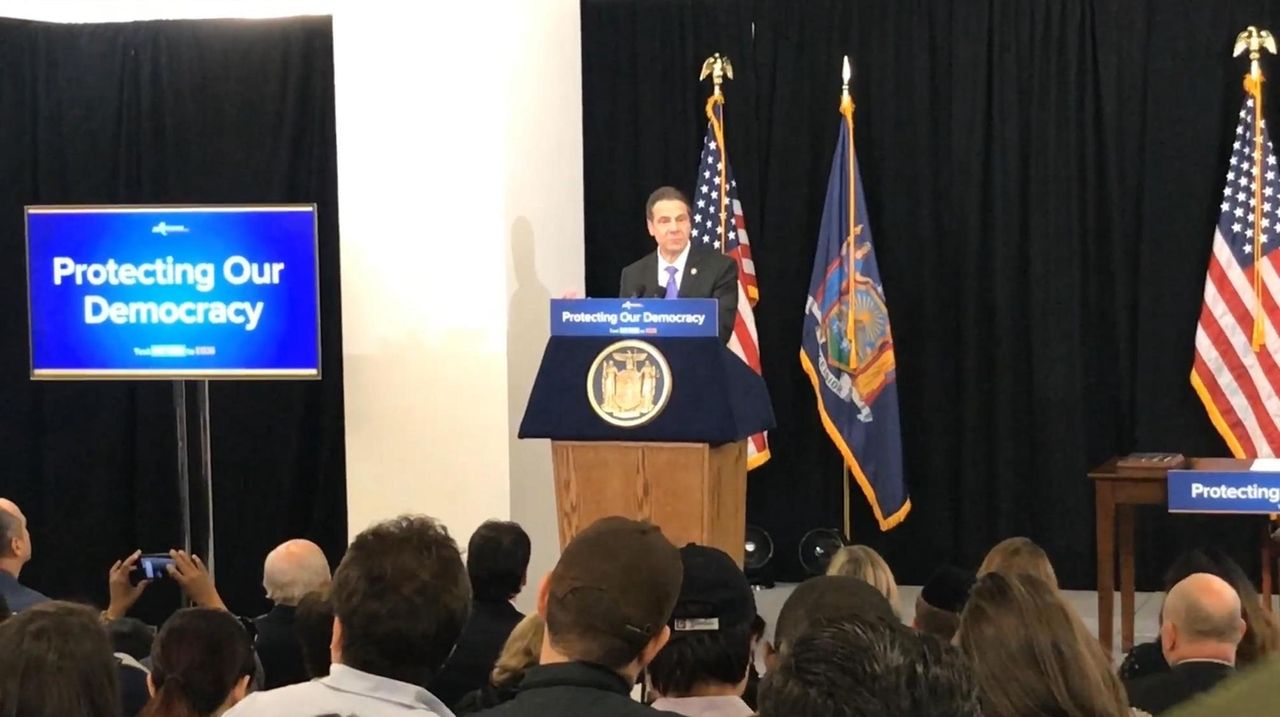 Gov. Andrew M. Cuomo on Wednesday signed an executive order allowing up to about 35,000 parolees to vote, but critics on the left and right accused him of going around the State Legislature in a bid for votes.

Speaking at a convention sponsored by the Rev. Al Sharpton in Manhattan, Cuomo said he didn’t want to wait for the legislature to enfranchise parolees.

Cynthia Nixon, who is challenging the governor for the Democratic nomination this year, called the order another Cuomo move to the left that shows he is “scared of communities all across New York who want to replace him with a real Democrat.”

Cuomo sought to justify sidestepping the legislature, saying he was “unwilling to take no for an answer.” He continued, “I’m going to make it law by executive order, and I announce that here today.”

Cuomo took the unusual step of granting “conditional pardons” to parolees that would restore voting rights, but not give relief to any other conditions of parole. The move could impact some 35,000 current parolees.

Cuomo, in his speech, said he had proposed the idea this year only to have the Republican-led State Senate “vote it down.” In fact, no separate bill to allow parolees to vote was taken up. Nor had Cuomo called publicly for its inclusion in the state budget, where policy matters are often tucked.

Asked for an explanation, a Cuomo aide said the issue was raised in closed-door negotiations with the legislature.

“Absolutely not,” he told reporters in Albany at a news conference after Cuomo’s Manhattan announcement. Flanagan said he would have immediately rejected the proposal, which he said was motivated by Cuomo’s primary campaign against Nixon.

“This was never discussed,” Flanagan said. “He’s exchanging votes at the expense of public safety.”

Flanagan said the executive order would “take away one tool” to keep up to 35,000 parolees in check. He said the pardon mechanism amounted to a “get-out-of-jail-free card,” but stopped short of accusing Cuomo of trying to buy votes.

Flanagan called Cuomo’s order “illegal” because it circumvents the legislature’s power. “He is just saying flat out: ‘We don’t need a legislature,’ ” Flanagan said.

Executive Order 181 authorizes individual, conditional pardons that parolees can bring to their local election boards to re-register to vote.

New York had been one of 22 states where felons lost voting rights during imprisonment, and for a certain period afterward, according to a report in November by the National Conference of State Legislatures.

The order came less than a month after Nixon entered the Democratic primary race.

Cuomo has taken steps over the past year to move to the political left and shore up support, particularly with unions and minorities.

He moved to end an internal Democratic divide that had kept Republicans in control of the State Senate, made a flurry of speeches in African-American churches and pressed for expanded “free” college tuition and the end of cash bail for certain crimes. In his Wednesday speech in Manhattan, Cuomo said he would launch a probe of the bail bond industry.

Liberals who back Nixon have called Cuomo’s moves too little, too late. Last weekend, the Working Families Party, a small but influential progressive party, endorsed Nixon instead of Cuomo.

On Wednesday, Nixon said: “We don’t buy the governor’s new song-and-dance routine. Voter suppression in New York should have ended eight years ago, from the rights of parolees to access to early voting and automatic registration.”