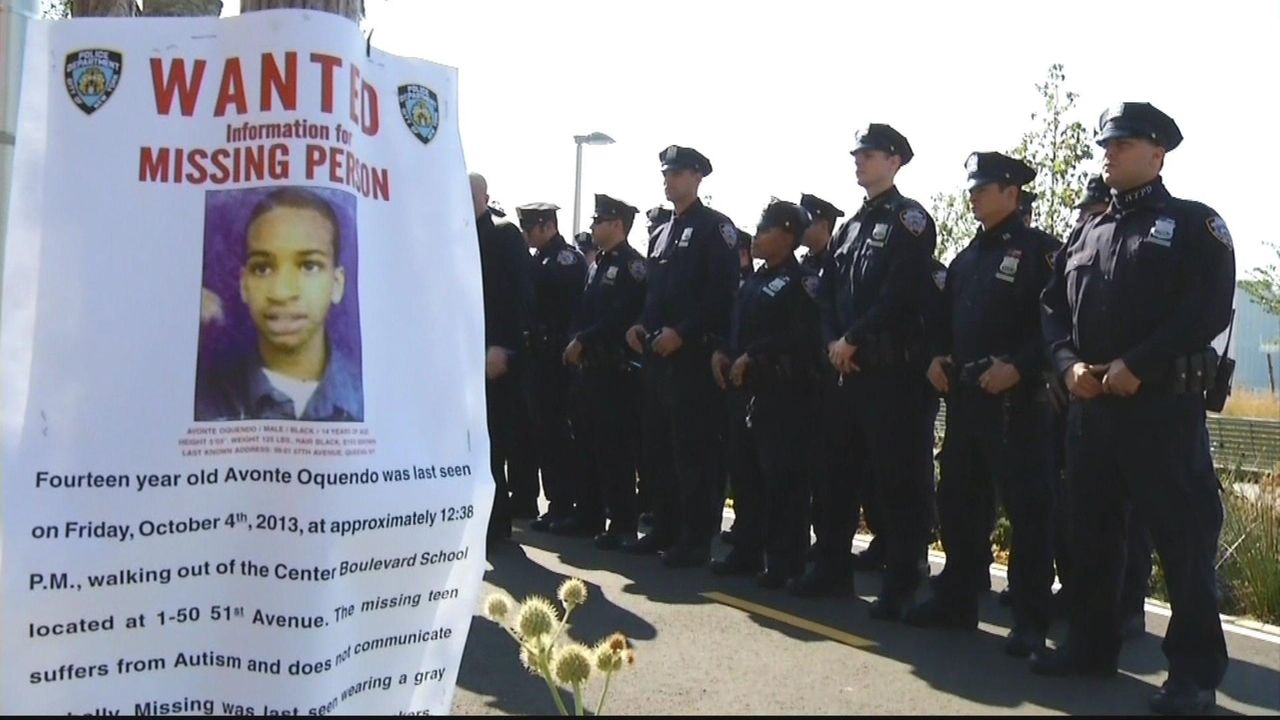 The family's lawyer says sneakers and jeans found with the remains are the same size and make that the 14-year-old was wearing.

The mother of Avonte Oquendo, an autistic 14-year-old boy who has been missing since October, gave investigators the teen's toothbrush, a copy of his birth certificate with his footprint and a sample of her DNA to help police identify human remains found in the East River, an attorney for the family said Friday.

The toothbrush may provide a sample of Avonte's DNA to compare with his mother's genetic profile, said the attorney, David Perecman.

It will take a week for the DNA analysis by the city medical examiner to determine if the human body parts found Thursday evening along the Queens shoreline just west of the Whitestone Bridge are a genetic match between Avonte and his mother, Perecman said.

Police said that clothing found on the remains -- which include a left arm and a torso with legs from the waist down -- appear "similar" to that worn by Avonte when he went missing from his Long Island City school. Perecman said the Old Navy jeans found on the torso could have been the same as those worn by Avonte, 14, of Rego Park, Queens, when he went missing, and that an Old Navy shirt found with the body parts appears to be the same kind he wore.

Perecman said the feet of the remains were clad in tube socks and Nike Air Jordan sneakers, similar to what Avonte wore, and may have protected the feet from decomposition, something that may allow experts to compare Avonte's baby footprints with those of the body.

Perecman said he plans to file a lawsuit against the city on Monday over the disappearance of Avonte, an autistic teen who couldn't speak, though his whereabouts are still unconfirmed.

The body parts were discovered along the East River near Powell Cove Boulevard and Endeavor Place in College Point, by a 14-year-old girl who was at the water's edge trying to take a photograph, police said.

The remains were recovered by officers from the 109th Precinct after their discovery was reported in a 911 call at 7:16 p.m.

A police investigator told Newsday that the dismembered state of the remains is not fully consistent with natural decomposition, indicating the deceased could be a victim of foul play.

A spokeswoman for the New York City medical examiner's office said the remains were taken to the Queens County morgue for examination and that they would be subject to a DNA analysis and study by a forensic anthropologist to determine age, sex and manner of death.

Earlier, a law enforcement source told Newsday that investigation was expected to take about four or five days.

The search for more remains, including investigation by Emergency Service Unit, harbor units and a scuba dive team, resumed at first light Friday. Investigators will attempt to match the recovered remains to all missing persons cases. Avonte has not been seen since Oct. 4, when he left the Center Boulevard School on 51st Avenue in Long Island City.

After Avonte disappeared, then-NYPD Commissioner Ray Kelly said a school safety agent stopped the boy at the main door and told him to go back upstairs that day. But surveillance video from the school later obtained by police showed Avonte running out another door.

Perecman said videotapes show Avonte leaving the school building through an open door and that it took an hour before officials notified the police and Avonte's family. Video also shows Avonte heading west toward the East River.

"He headed south to a pier and he could have gone on to the pier and off of it," Perecman said.

Dad: Subway rider looks like missing sonThe NYPD is investigating whether an F train subway rider shown in a photo is ... NYPD: Boy seen on subway not missing teenThe boy seen on a subway train is not missing autistic teen Avonte Oquendo, the ...