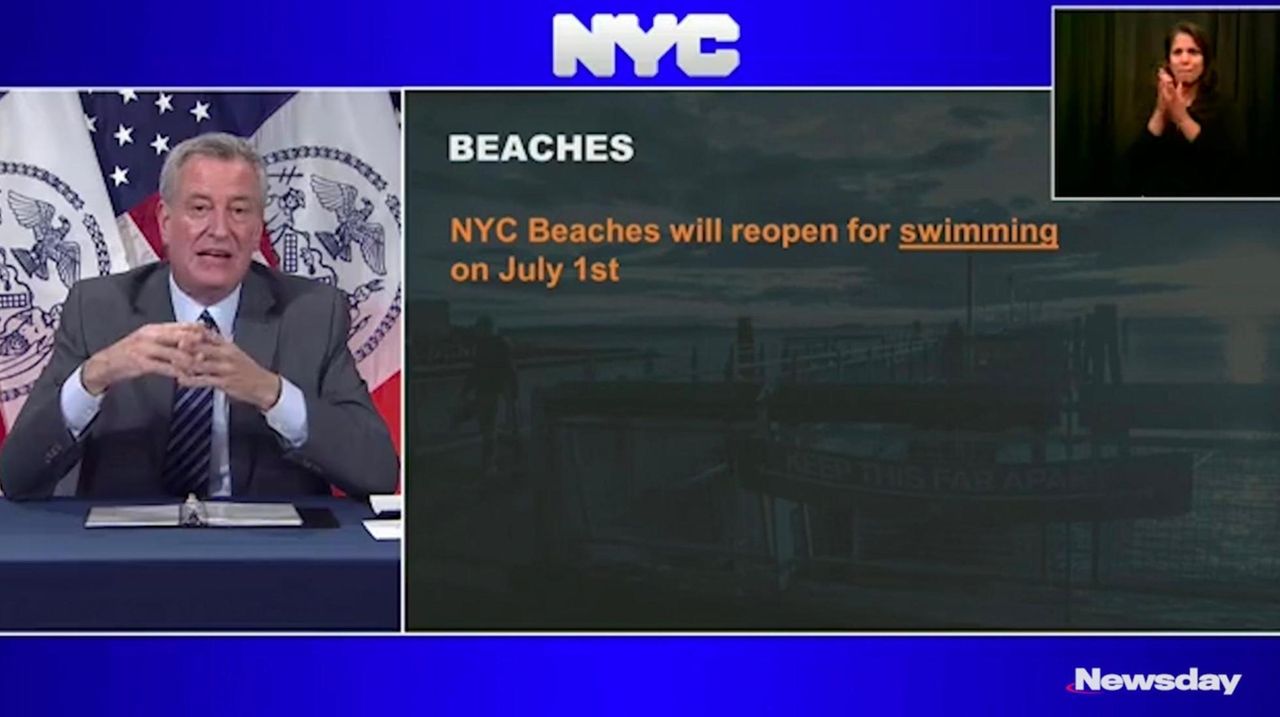 The change covers the city's 14 miles of beaches, which will open in time for the July Fourth holiday, according to the mayor's press secretary, Freddi Goldstein.

While sunbathing and hanging out on the sand have been allowed despite the restrictions, swimming hasn't been, and lifeguards haven't been working the beaches — an effort, the mayor has said, to prevent large crowds that would crowd mass transit.

Last month, both Nassau and Suffolk counties, along with several other municipalities on Long Island — Hempstead, Brookhaven, Long Beach — moved to restrict beaches to residents, fearing a surge of New York City residents heading east because their own beaches were closed to swimming. State-run Jones Beach in Nassau and Robert Moses State Park imposed no such residency restrictions.

Nassau County's Nickerson Beach will open to nonresidents as soon as New York City allows swimming, according to the ordinance the county enacted limiting beach access.

Beaches in the Town of Brookhaven will remain open to residents only, a town spokesman said Wednesday.

Resident restrictions will remain in place for Suffolk County beaches until the state lifts the 50% capacity mandate, according to a county spokesman Wednesday.

Beaches in the Town of Hempstead will remain limited to Nassau residents as long as their parking lots are limited to 50% of their capacity, said town Superintendent Don Clavin on Wednesday.

De Blasio on Wednesday morning said he has spoken with the county executives of Nassau and Suffolk.

“I think it’s important as we all as a region try and work this through together, we all try and … give maximum opportunities for people to have as much of a normal summer as they can," de Blasio said.

“So I’m not going to tell them how to do their work, I’m just happy we can open our beaches now, on July 1, and provide relief to New Yorkers,” he said at his daily news conference.

De Blasio had been suggesting that restrictions could be eased.

"Absolutely, we can have a conversation now with a little more opportunity to envision progress around beaches. And now, we can start a conversation around pools. I don't know if we'll get there, but … we can at least begin that conversation now for the first time," he said June 9.

City playgrounds opened Monday after being closed for months, as have certain businesses.