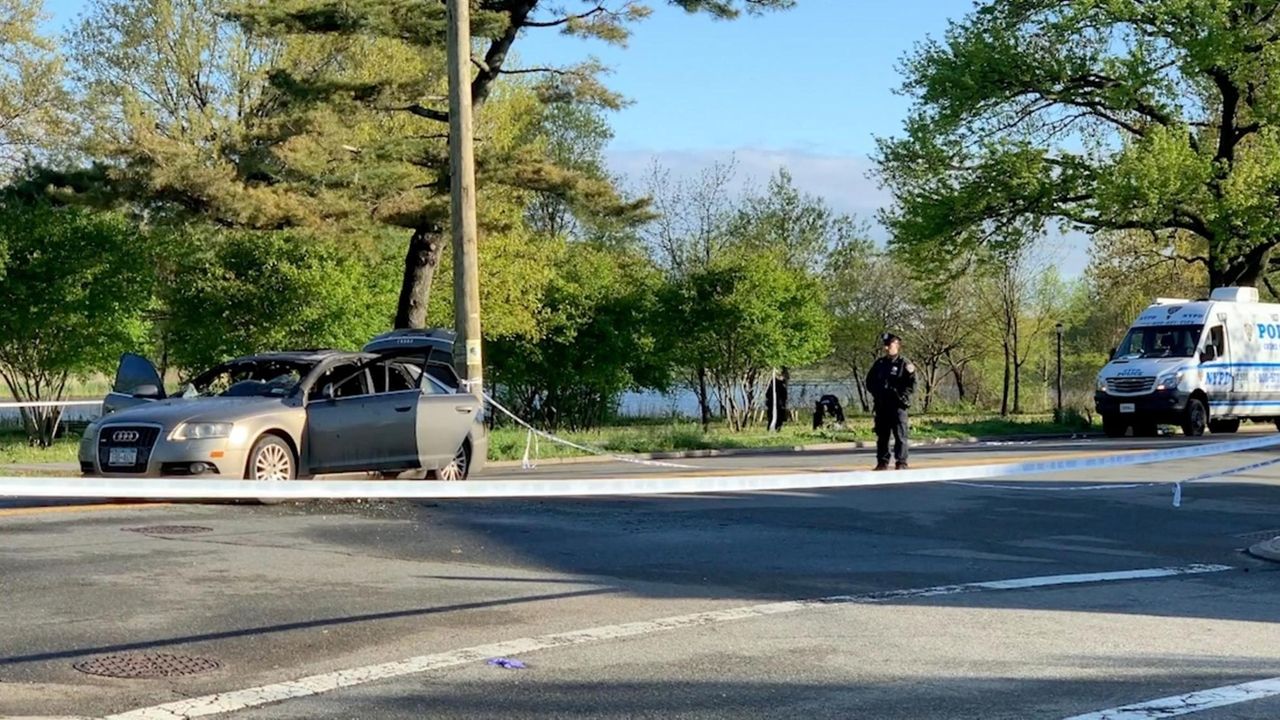 A 3-year-old girl died on Sunday after being found in a burning car in Queens and her father, a Valley Stream resident, was taken into custody for questioning in her death, which police on Monday ruled a homicide. Credit: Howard Schnapp

A Valley Stream man whose 3-year-old daughter died in a Queens car fire was in NYPD custody Monday as investigators considered charging him in connection with the child’s death, police said.

Martin Pereira, 39, also suffered burns in the Sunday night fire, which consumed a 2008 Audi sedan at 154th Street and Baisley Boulevard and killed his daughter, Zoey, who had been living with her mother in nearby Rochdale, according to the NYPD.

As the fire burned, first responders pulled Zoey from the car and performed CPR before they took her to Jamaica Hospital Medical Center where she died from severe burns, police said.

Investigators were treating the case as a homicide stemming from a possible custody dispute over Zoey involving Pereira and the child’s mother. As of early Monday night, no charges had been filed against Pereira, according to an NYPD spokesman. The Queens district attorney’s office also had received no notification of any charges, a spokeswoman said.

Pereira was discovered at about 8:52 p.m. a short distance from the burning Audi at Baisley Pond Park after police officers responded to a 911 call. Pereira had reportedly run into the pond with his clothes on fire and told Good Samaritans who doused the flames with a blanket that his daughter was still in the sedan.

Investigators arrived to find a gasoline can and gasoline by the car as well as what appeared to be a butane canister, an NYPD spokesman said. Police disputed earlier reports that the car doors had been chained shut.

Pereira, who suffered burns over most of his body, was first taken to Jamaica Hospital Medical Center, then transferred to New York-Presbyterian Hospital/Weill Cornell Medical Center in Manhattan. He was in serious but stable condition, officials said.

Neighbors of Pereira in Valley Stream described the residents of his home as quiet and friendly, but a bit reserved. Police didn’t have information about Pereira’s employment status. Zoey’s mother, whose name wasn’t officially released by the NYPD, couldn’t be reached for comment.

Cases of child homicide, particularly those involving fire, are rare, said one seasoned NYPD investigator who didn’t want to be named.

The last major New York City case of note came to light on a Sunday afternoon in August 2018 when tourists found the body of 7-month-old Jason Saldana in the East River near the Brooklyn Bridge. The baby’s 37-year-old father, after being taken into custody in by the NYPD in Thailand, was charged with concealment of a corpse. The case is pending in Manhattan State Supreme Court, records show.

With Chau Lam and Michael O’Keeffe