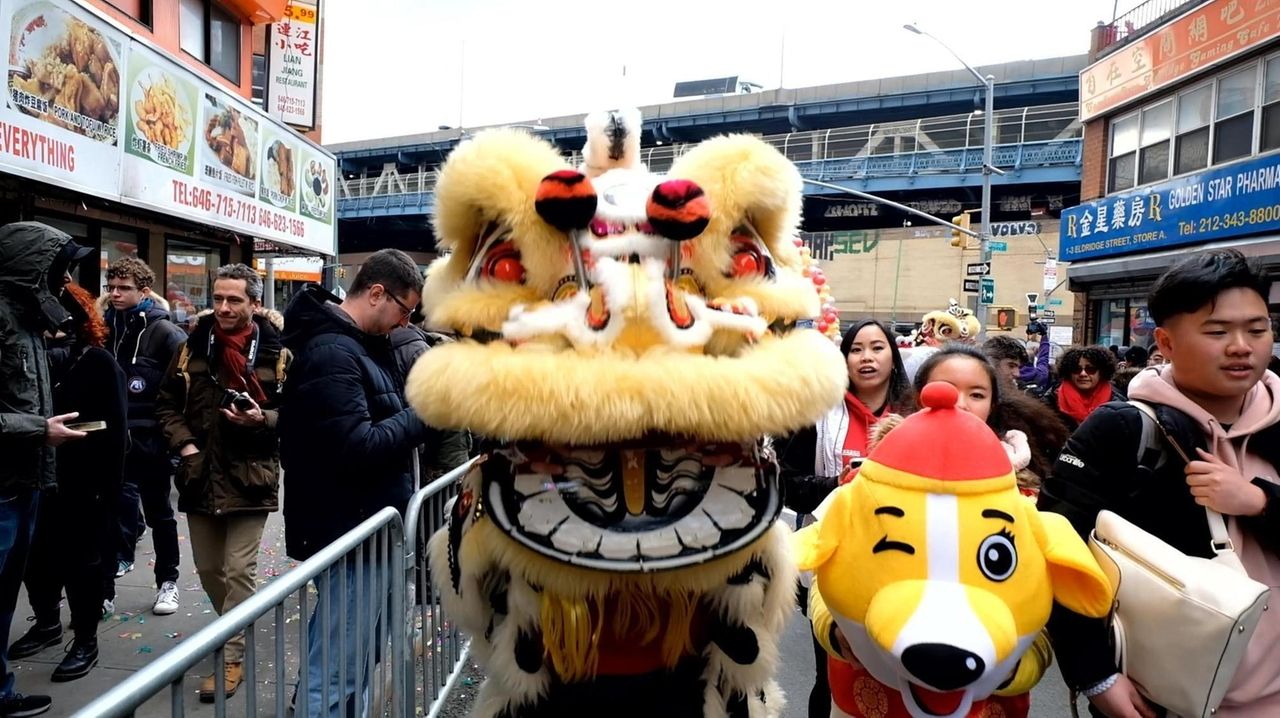 Crowds in Manhattan's Chinatown welcomed the Year of the Rat with a parade and festivities on Sunday. The Lunar New Year celebration is central to the cultural life of New York's Chinese community. Credit: Jeff Bachner

Thousands of people took to the streets of Manhattan on Sunday to ring in the Lunar New Year, defying concerns about a viral outbreak that's claimed hundreds of lives in China.

"We know in China so many of our loved ones are facing the challenge of coronavirus," New York City Mayor Bill de Blasio said before the parade, flanked by state and local officials. "But we stand together," he said. "No matter what's thrown at us in this city, we are united."

By Sunday, there were more than  40,000 confirmed cases of the new virus and 908 deaths in China , many near the Chinese city of Wuhan, the epicenter of the virus, The Associated Press reported.

Concerns about the virus have had an impact locally. Stony Brook University canceled its Chinese New Year celebration, which was scheduled for Saturday, and some owners of Long Island Chinese restaurants said business was down, Newsday has reported.

But, as of Friday, there were no confirmed cases of the virus in New York State, state officials said. New York has sent 22 samples from state residents to the U.S. Centers for Disease Control and Prevention for testing. Sixteen tested negative, while six are pending.

"We went through this before: Zika virus, Ebola, et cetera. But let's have some connection to the reality of the situation," he said. "Catching the flu right now is a much greater risk than anything that has anything to do with coronavirus."

Angela Li, a nurse from Queens who watched Sunday's parade on Mott Street, called the outbreak "a shame" that made the event all the more important. "It shows that we're still sticking together as a community," said Li, who is Chinese American. "We're going to work through it together."

Spectators many rows deep watched the parade, which filled the streets of Chinatown with beating drums, fluttering Chinese and American flags and a drizzle of confetti.

Christopher Tin of Better Chinatown USA, which organized the event, estimated about 450,000 people attended and said as many as 500,000 have come in years past.

While some onlookers wore surgical masks, a measure many in China have adopted since the outbreak, Janney Chen said she felt they were not necessary.

"New York is safe right now," said Chen of Manhattan, who marched in the parade along with other parents, students and staffers from a Chinatown public school where her daughter is in the fifth grade.

Chen, 42, said she had walked in the parade four times previously. The event is central to the cultural life of New York's Chinese community, she said, and the coronavirus did not deter her from marching.

"The parade must go on," she said.