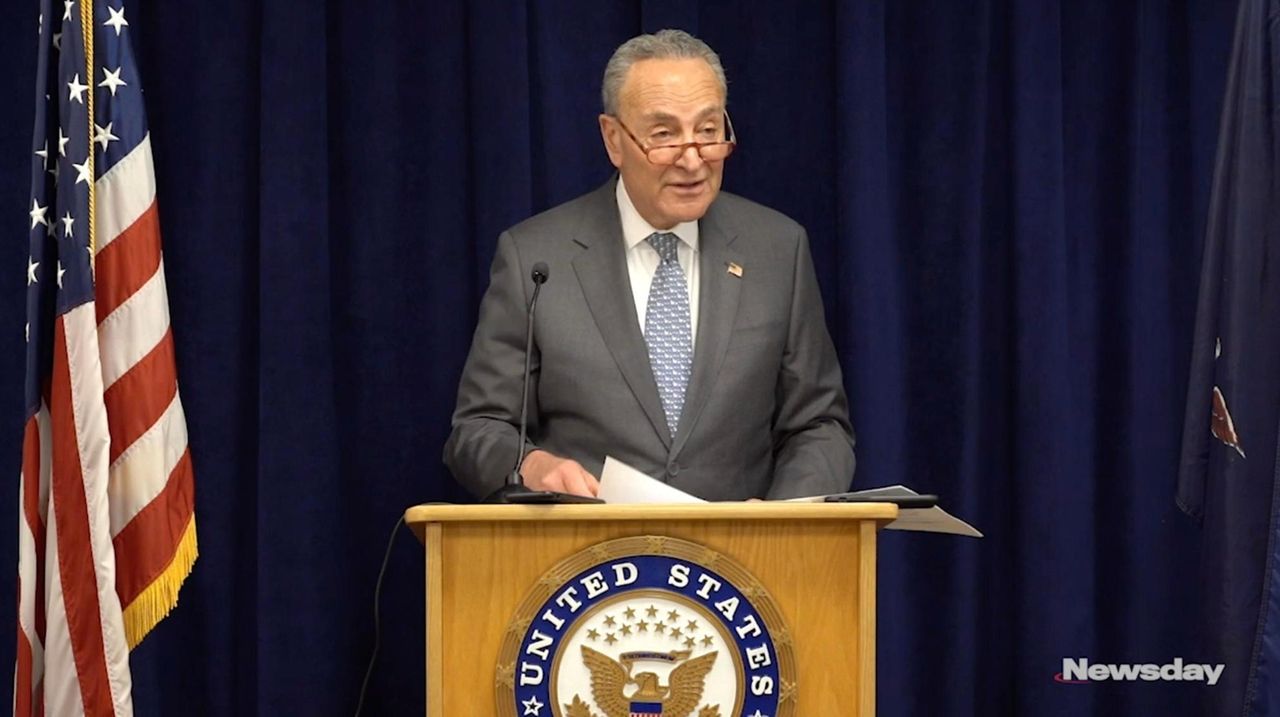 A Stony Brook University professor visiting family in Wuhan, China — the epicenter of a deadly coronavirus outbreak — is unable to return to the United States due to the Chinese government’s travel lockdown, Sen. Chuck Schumer said Sunday.

Schumer (D-N.Y.) said his office has been working to arrange a flight home for the professor. He declined to provide the professor's name.

Stony Brook University officials said the school is gratefulto Schumer and the U.S. State Department for their assistance.

"Upon return to the United States, our employee will follow CDC quarantine protocols," the university said in a statement.

Schumer called on the U.S. Department of Health and Human Services to declare coronavirus a public health emergency so the Centers for Disease Control can access up to $85 million combat the disease.

The money is already available, Schumer said, but the CDC cannot access it from the Infectious Disease Rapid Response Fund until HHS declares the disease that has afflicted nearly 2,000 people in China a public emergency.

He said the CDC has done a good job monitoring the coronavirus outbreak but will need additional resources if the disease becomes widespread in the United States.

“The funds the CDC needs are locked up, not nefariously, just bureaucratically,” Schumer said. “We’re here to say use the key now and unlock the dollars. The only way to do that is to declare a public health emergency.”

The money would be used to monitor cases in the United States, enhanced screening at airports, support for state, local and tribal health departments and public awareness campaigns, the senator said.

So far, dozens of deaths in Wuhan, a city in China's Hubei province, have been attributed to the coronavirus.

There have been nearly 2,000 confirmed cases of coronavirus in China and more than 50 confirmed deaths, according to Schumer. China has placed travel restrictions on several cities and banned large public gatherings in an attempt to contain the virus.

Travelers from Wuhan are being screened for symptoms associated with the virus at five U.S. airports, including Kennedy Airport.

The CDC reported Sunday there are now five confirmed cases of the coronavirus in the United States: one each in Washington State, Illinois, and Arizona and two in California.

“While the present risk is low, you can never be too careful when it comes to something as deadly and virulent as this virus,” Schumer said.

There have been no confirmed cases in New York, but seven people have been screened for the disease, Gov. Andrew M. Cuomo said Sunday. Three of those cases have been proved negative. The other four will remain in isolation while their test results are pending.

"While the experts still believe the risk of catching this novel coronavirus is currently low in New York, I want all New Yorkers to know we are prepared and continue to take all necessary steps to keep people informed and safe," Cuomo said.

With travelers returning to New York this week after traveling to China for Lunar New Year celebrations, the New York State Department of Health has been working with the Port Authority to post multilingual signs about the virus at all four Port Authority international airports. The Health Department is also working with the MTA to post signs about the disease on buses and subways.

“We encourage all New Yorkers to take normal precautions against sickness, such as regular hand washing and avoiding close contact with people who are sick,” Health Department Commissioner Howard Zucker said.