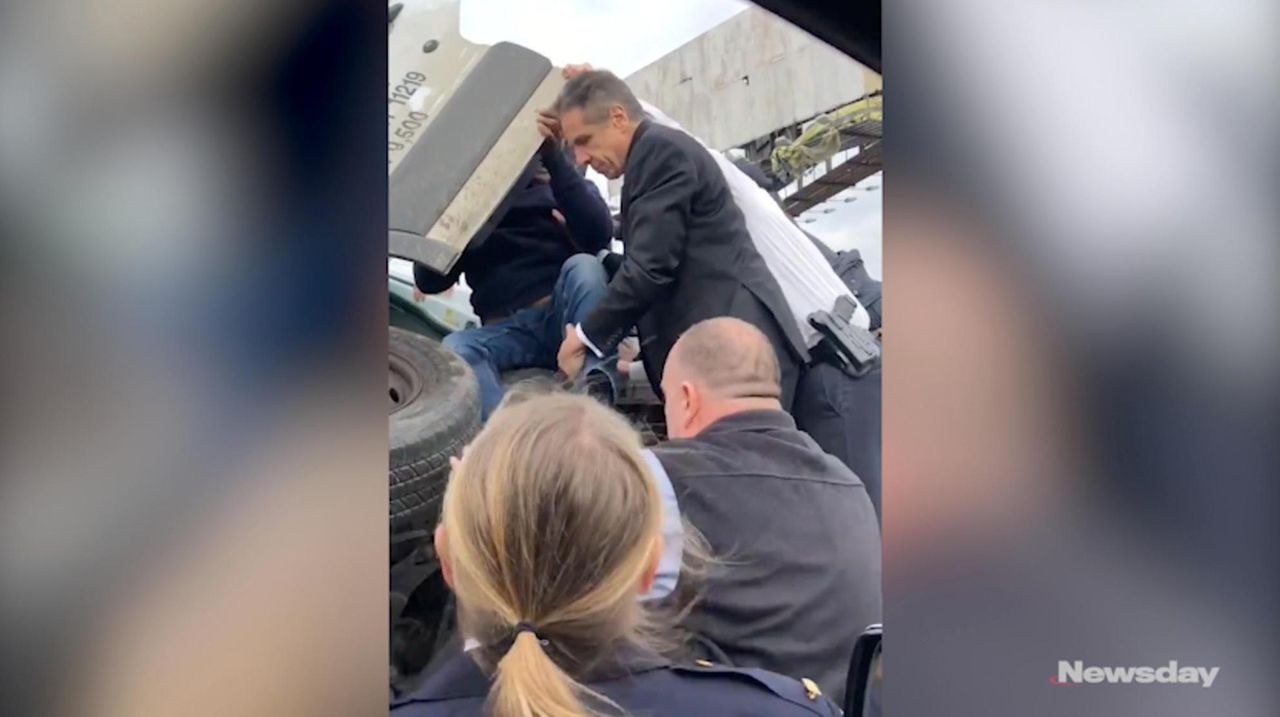 After Gov. Andrew M. Cuomo left an event in Manhattan Monday morning, he came across an accident on the BQE, where he cut a passenger out of his seatbelt and pulled him out of the wreck. Credit: Governor's office

Gov. Andrew M. Cuomo helped to free a man from his overturned van after it crashed on the Brooklyn-Queens Expressway Monday afternoon, according to the governor's office.

The governor was traveling on the BQE after leaving an event for The Association for a Better New York when he "came across this accident," said Cuomo senior advisor Rich Azzopardi in an email.

Police had not yet arrived on the scene when the governor's black SUV pulled over to assist, Azzopardi said and "the governor cut the man trapped in the car out and helped him to safety."

Azzopardi said the governor used a seat-belt cutting tool carried by the state police, which serves as Cuomo's security detail.

NYPD spokeswoman Sgt. Mary Frances O’Donnell said the three-vehicle crash happened at about 1:10 p.m. on the westbound side of the Brooklyn-Queens Expressway at Queens Boulevard. A van overturned in the crash, she said, but the occupant was able to get out. No injuries were reported, O’Donnell said.

The spokeswoman didn’t have information on the governor’s role.

Photo and video of the rescue recorded by the governor's staff shows Cuomo, in a suit, standing on top of the highway median and helping pull the man from the vehicle, which appears to be on its side. NYPD officers were also on the scene and assisted the man.

“I’m fine,” said a man who responded to a call to Regina Caterers of Brooklyn, the business emblazoned on the overturned vehicle.

The man did not give his name and quickly ended the call.