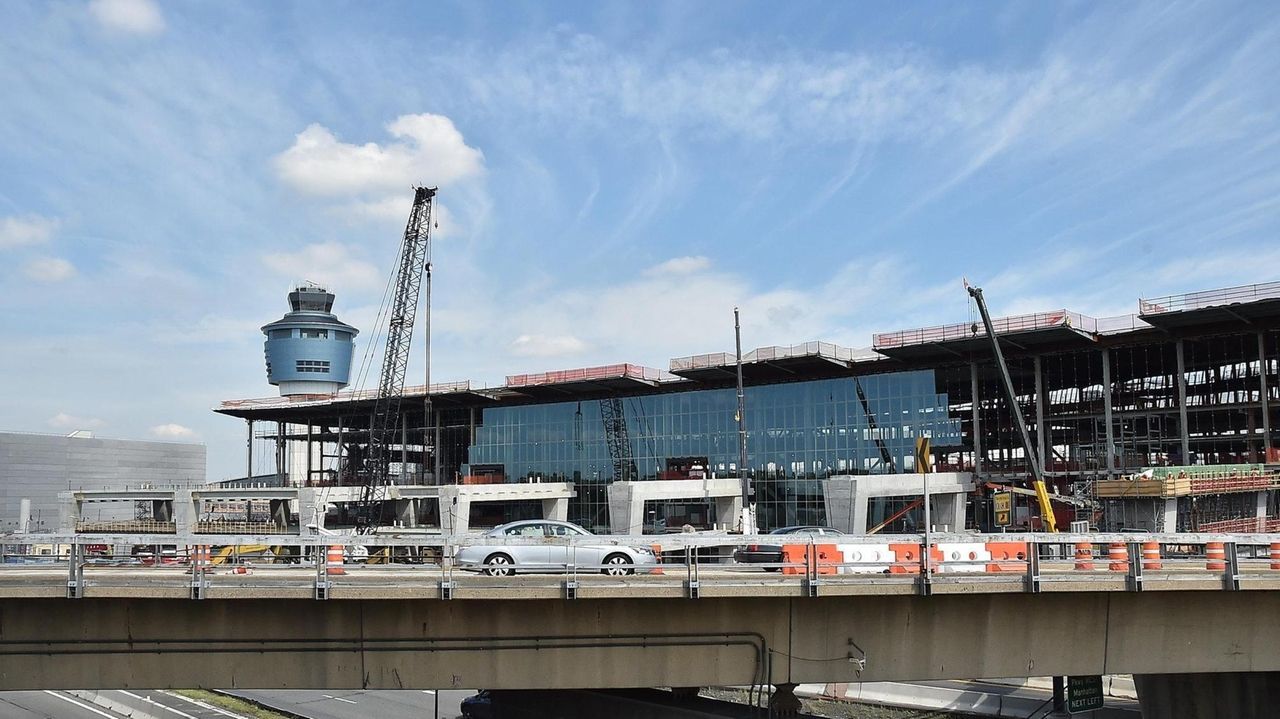 A ribbon-cutting ceremony was held Tuesday for the opening of a new flyover roadway at LaGuardia Airport aimed at improving driving in and around the airport. Credit: New York State

State, federal and airline officials on Tuesday opened a critical flyover roadway that they say will begin to untangle the maze of traffic routes at LaGuardia Airport as part of an $8 billion renovation.

The flyover at eastbound Exit 7 of the Grand Central Parkway is part of a plan to demolish 15 bridges and build 26 new ones and to reduce the number of traffic signals from 19 to three. The overpass, which opens up a more direct route toward the eastern side of the airport, was constructed in less than two years, officials said.

Gov. Andrew M. Cuomo said the renovation is needed after decades of fixes that he described as a “Band-Aid and a hodgepodge” approach because political will was missing and leadership from a series of presidents, Democrats and Republicans, was lacking.

“It was hellacious,” said Cuomo, who grew up in Queens. He said when he was growing up, he’d try to get his sister to pick up visitors at LaGuardia so he could avoid the trip. He described the complex road system as a “spaghetti bowl,” saying, “You needed an interpreter to read the signs.”

“This flyover is going to make a dramatic improvement in traffic,” Cuomo said.

The “Whole New LGA” project also will include a new Delta Air Lines terminal and an AirTrain approved by the State Legislature in June that will connect the airport to the Long Island Rail Road and the subway system so that commuters will be able to go from midtown Manhattan to the airport in less than 30 minutes, according to state officials.

The project is being paid for by federal and state funds and borrowing, along with private sector investment.