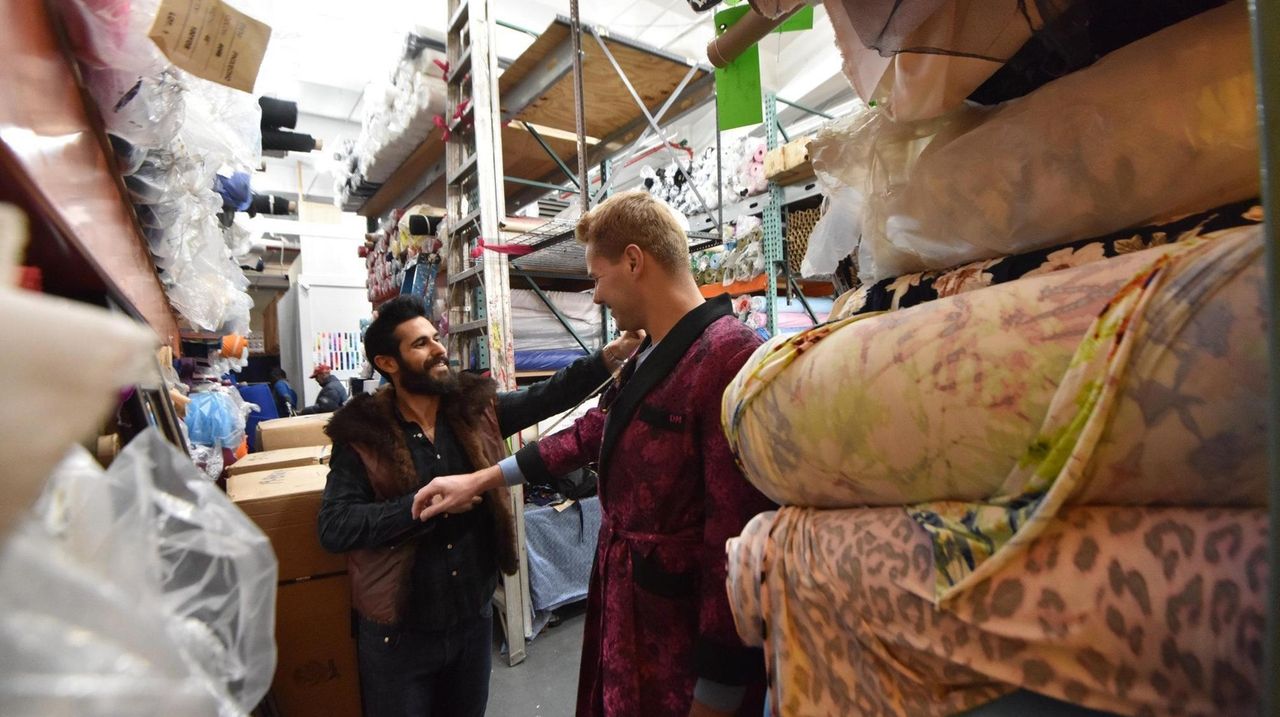 As a youngster, David Morris spent his childhood summers in a beach house in Amagansett, enjoying the sun and surf and being near a 60-year-old red kimono his great-grandfather wore when people would come to his home for family gatherings and parties.

“Although we never met in this physical life, I always felt a strong connection with my great-grandfather,” said Morris, 29, who says he is the only custom kimono maker in New York City.

Morris saw a business opportunity when he began wearing a kimono out in the New York City nightlife. “I was bringing life to the party everywhere I went,” he said.

The silky soft, handcrafted kimonos are made to measure and start at $1,850 each.

Another kimono connection for Morris, who grew up in New Jersey and Manhattan, came when he began practicing martial arts as a child under Supreme Grandmaster Tiger Kim, who always wore a custom kimono while entering the ring.

Morris, a volunteer firefighter in New Jersey who has a third-degree black belt in taekwondo, said from Kim's and his grandfather’s garments, he realized, “There could be an unknown power behind wearing a kimono.”

Morris, who worked for designer Zac Posen for almost three years, said kimonos can be worn “from lounging in your home, to hosting parties or making an entrance to a special event.”

Indeed, client Joey Bond, who splits his time between Fire Island and New York City, was planning on wearing his new black, green and silver floral Jacquard kimono to the “Night of a Thousand Gowns” charity ball in Manhattan in March.

Bond flipped through swatches as the two discussed fabric and style options for the cuffs, collar, and belt and pocket openings.

Once measured and sized, the materials and measurements go to friend and garment maker Jack Chen. Then Jonathan Embroidery Plus on West 38th St.  can embroider monograms on the sleeve or the chest.

Morris often wears one of his own kimonos in the busy West Side storefront.

“It enhances my inner powers and gives me a feeling of royalty,” Morris said.