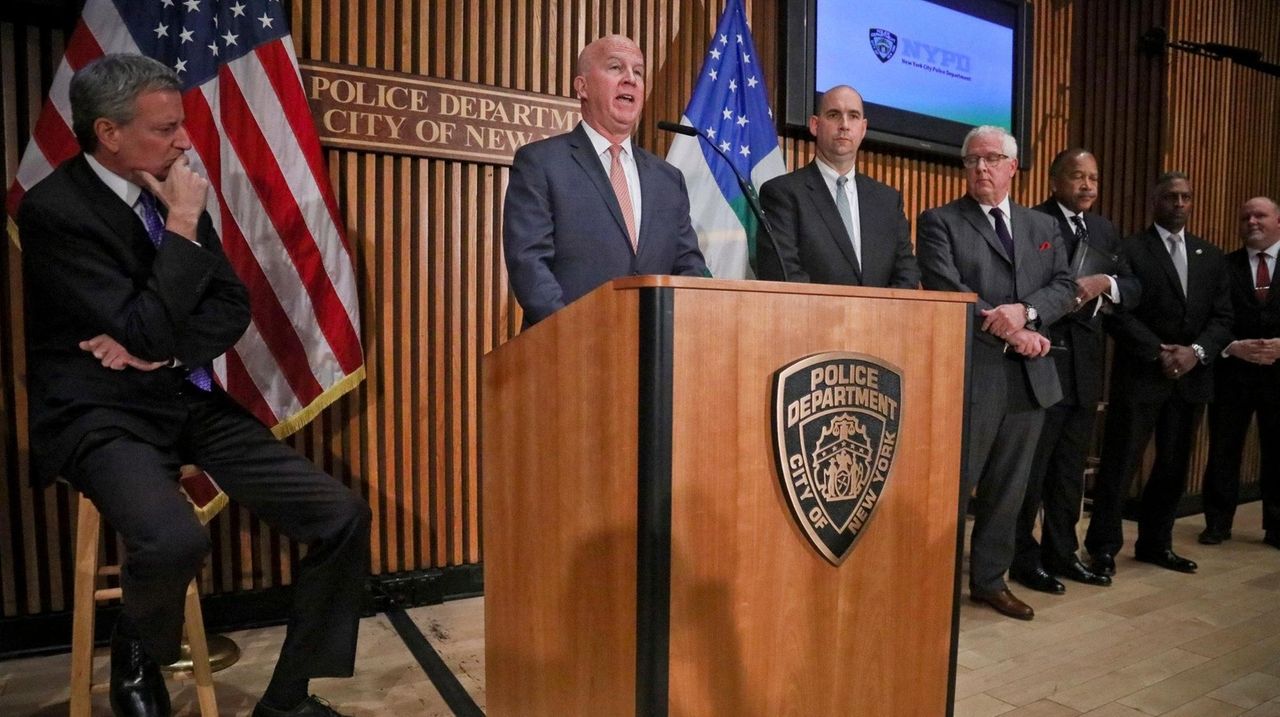 The national investigation into a series of suspected pipe bombs sent to prominent Democrats in five states has intensified as authorities now focus on Florida as the likely origin of some of the devices.

And on Thursday evening, the NYPD investigated another suspicious package at CNN's Time Warner Center offices, where a package was found Wednesday. But an hour later, at 8:45 p.m., authorities said there was no threat and the NYPD allowed the area, at Columbus Circle, to reopen.

It was just the latest scare in a week in which packages containing suspected pipe bombs kept turning up, addressed to the offices and homes of vocal critics of President Donald Trump. The series of discoveries, one after the other, rattled New Yorkers and kept law enforcement officials holding news briefings in which they simultaneously tried to reassure the public, asked for help solving the case and warned that more packages could be out there.

If you have info that could assist the #FBI's investigation of suspicious packages, call 1-800-CALLFBI (225-5324) or use https://t.co/iL7sD5efWD. If you observe suspicious activity that requires an immediate response, call 911 or contact local law enforcement immediately. pic.twitter.com/ZsFLKvXrKy

In total, 10 packages containing suspected explosive devices have been discovered in the past four days, prompting an intensive, nationwide manhunt for whoever is responsible. None of the devices has detonated and no one has been injured.

The Associated Press reported that a postal database suggested some of the packages may have been mailed from Florida and that investigators are looking at a postal facility in Opa-locka.

"We are investigating all of this with great precision," NYPD Commissioner James O'Neill said at a news briefing Thursday afternoon at police headquarters in Manhattan. "I can say with certainty that we will arrest the person or people responsible for this. Make no mistake."

O'Neill stressed that the packages should be treated with the "utmost seriousness" because they contained what authorities have assumed were "live devices."

Law enforcement officials told AP the devices contained batteries and timers but were not rigged to explode when they opened. The officials said they're still trying to determine if the devices were shoddily constructed or simply meant to sow fear. 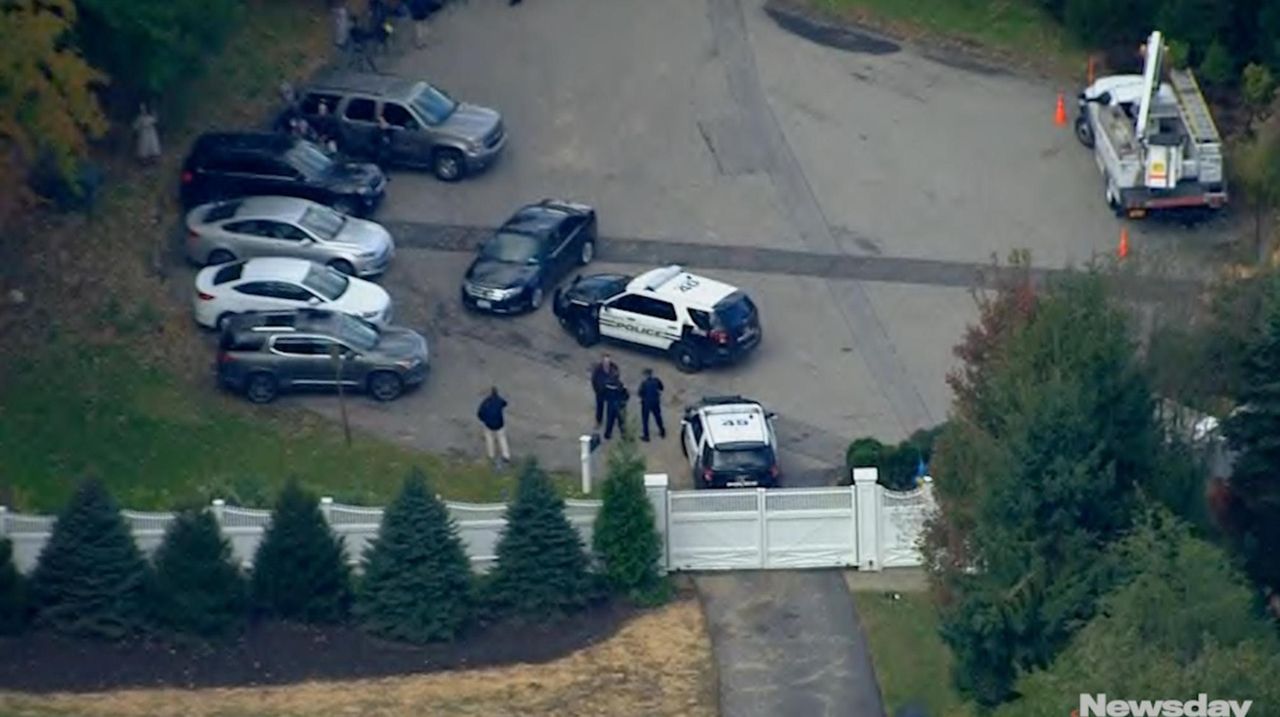 William Sweeney, assistant director in charge of the FBI's New York field office, said the powder found Wednesday in the device sent to CNN in midtown Manhattan "did not present a biological threat," but he said the devices are "considered dangerous and should be treated as such."

The packages found in New York have since been taken to the FBI lab in Quantico, Virginia, for further analysis, he said.

Sweeney appealed to the public to call in with any helpful information, saying the agency has established hotlines for the public. The tip line is 800-225-5324, and the online address is tips.fbi.gov.

Mayor Bill de Blasio said it is "important to proactively take steps to protect those who have come under attack ... part of how we protect the democratic process is to show that we do not take these things lightly."

The package sent to De Niro “was very similar to the other devices that have been located in the last 48 hours, and it appears to have come from the same sender,” de Blasio said. “This is an effort to terrorize people politically.”

John Miller, NYPD deputy commissioner of intelligence and counterterrorism, said a retired NYPD intelligence detective saw the packagesin TV reports early Thursday morning. “It struck him that it looked very much like a package he had seen" while handling mail for De Niro, he said.

He called the bomb squad, which with Emergency Services responded to 375 Greenwich St. in TriBeCa and took the package to an NYPD facility at Rodman's Neck in the Bronx for examination, Miller said. The lower Manhattan building houses De Niro’s Tribeca Grill restaurant, the Tribeca Film Center and Tribeca Enterprises, started by De Niro and film producer Jane Rosenthal.

Two other packages, addressed to Biden, were intercepted at Delaware mail facilities, officials said. In a tweet, the FBI confirmed that the De Niro and Biden packages were "similar in appearance to the others."

Biden, speaking Thursday at a campaign event outside Buffalo, called for a return to civility, saying he hopes the package bombs will be "enough of a shock wave to say, ‘OK, enough is enough,’ ” according to the AP. The harsh attacks from political opponents have "got to stop," Biden said.

Gov. Andrew M. Cuomo said on CNN Thursday afternoon that, in a "cruel irony," the more packages that are discovered, "the better for the investigation" because of the increased probability of finding DNA and fingerprints that could lead to the sender.

Cuomo said Trump called him Thursday morning to discuss the bombing probe. "He pledged full support" in terms of federal resources, the governor said. He said the two talked about the investigation and law enforcement issues. But Cuomo said the suspected bombs, sent to prominent Democrats and Trump critics, made the probe "an inherently political situation."

He once again said Trump had to watch what he says, adding that "when that position of power is spewing hateful rhetoric, that has an effect."

Trump has vowed to pursue those who commit such "acts or threats of political violence." The president blamed the media for the "anger" in the country on Thursday morning.

"A very big part of the Anger we see today in our society is caused by the purposely false and inaccurate reporting of the Mainstream Media that I refer to as Fake News," Trump tweeted. "It has gotten so bad and hateful that it is beyond description. Mainstream Media must clean up its act, FAST!"

Asked by reporters whether the president was going to continue to "insult" his political enemies, White House press secretary Sarah Huckabee Sanders, said in an exchange broadcast by CNN: "The president's going to lay out the case and the difference between Democrats and Republicans, and you're going to see him do that over the next 12 days."

The packages were sent to and contained:

George Soros. A small bomb was found Monday at the billionaire's home in Katonah, about 10 miles from the Clintons’ home.

Barack Obama. A package addressed to the former president was intercepted early Wednesday in Washington, the Secret Service said. It contained a suspected explosive device.

CNN. NYPD officials were at CNN's Time Warner Center in Manhattan when a suspected explosive device was found, along with a powder in the same package, prompting an evacuation. CNN said the package was addressed to former CIA Director John Brennan, who does not work there.

Eric Holder and Debbie Wasserman Schultz. Authorities said they are investigating a suspicious device at the Florida office of Democratic Rep. Schultz. The package reportedly was addressed to former U.S. Attorney General Holder, who served under Obama.

Maxine Waters. The Democratic California congresswoman said Capitol Hill police informed her that a suspicious package was sent to her Washington office, a case referred to the FBI. Federal authorities on Wednesday night said there was a second package in Los Angeles, also addressed to Waters.

Robert De Niro. A device was taken Thursday morning from 375 Greenwich St. in TriBeCa, Manhattan, where the actor has a production company and restaurant. Investigators believe the device is connected to the previous suspected bombs, an NYPD source said.

Experts: No universal system set up to screen mailThe U.S. Postal Service advises local governments and businesses to set up their own mail screening programs.

Health insurance cost increases jump back to pre-pandemic pace
Seniors Calendar: Events from Oct. 31 to Nov. 7
Legendary teacher with school named after him to have plaque dedicated in his honor
Way to Go! Student named International Thespian Officer
Way to Go! Student cycles for cancer research
Asking the Clergy: What is All Souls' Day all about?
Didn’t find what you were looking for?