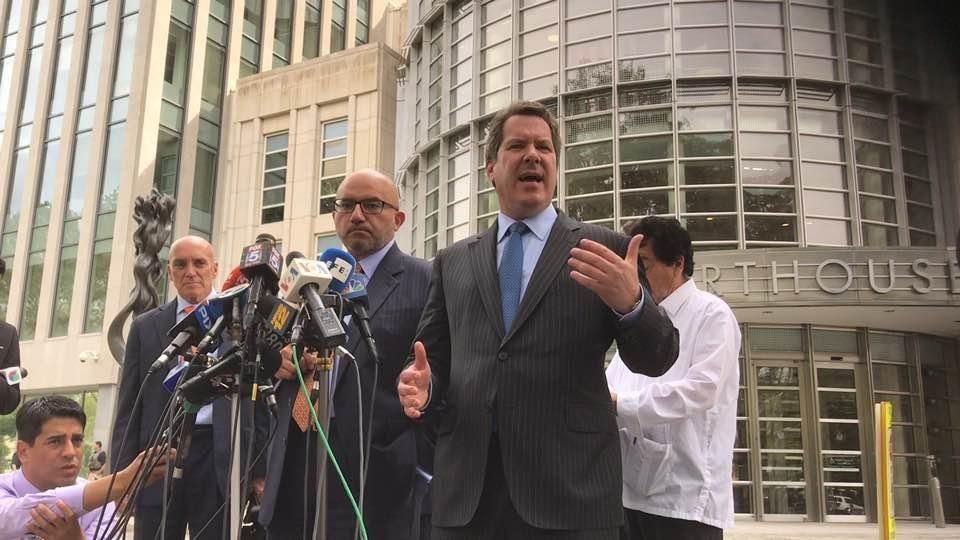 A federal judge in Brooklyn said on Monday that he wouldn’t try to force prosecutors to free up some of accused cocaine kingpin Joaquin “El Chapo” Guzman Loera’s money from a $14 billion forfeiture claim to allow him to hire private defense lawyers.

“I’m not going to pressure the government to create a carve-out for counsel fees,” U.S. District Judge Brian Cogan told the federal public defenders who have been representing the alleged leader of the murderous Sinaloa cartel since his extradition from Mexico in January.

A team of prominent defense lawyers — including Jeffrey Lichtman and Marc Fernich from New York and Eduardo Balarezo of Washington, D.C. — have signed provisional retainers to represent Guzman, subject to making arrangements for getting paid.

They were in court on Monday, but Cogan said he didn’t want to hear from them on the fee issue, and they would either have to work out a deal with prosecutors, take the case with their fees uncertain in hopes of winning acquittal or let public defenders keep representing Guzman.

Afterward, in a news conference outside the Brooklyn courthouse, the lawyers said Guzman — who has been held in tight security at a Manhattan federal jail — would be permitted his first in-person visit with a family member on Thursday since his extradition to discuss available funds.

Lichtman said that meeting — which the lawyers said was with a sister of Guzman’s — would hopefully pave the way toward more productive discussions with the government.

He said the defense team was “desperate” to represent Guzman and give him the right to counsel of his choice that he is entitled to under the Constitution, but they couldn’t mount an effective defense without money.

“We need to get paid,” Lichtman said.

Guzman, 60, is accused of using murders, kidnappings and violence to maintain a massive cocaine trafficking empire. His wife and young children joined a packed courtroom during Monday’s hearing. He has pleaded not guilty, and Cogan hopes to have his trial next spring.

The legal team in waiting also criticized the conditions in which Guzman has been held since January. He is in isolation in his cell 23 hours a day, kept away from other prisoners, permitted contact only with his lawyers and with guards who don’t speak Spanish.

“The conditions are obscene,” Lichtman said. “He can’t even send a message to his family other than ‘I love you.’ ”

In Mexico, Guzman was able to keep directing his drug cartel from jail and twice escaped, which officials have cited in justifying the tight security conditions. But any escape from the tower in lower Manhattan where he is now held is impossible, the lawyers maintain.

“It’s a pretext to nail this guy to the wall,” Lichtman said.