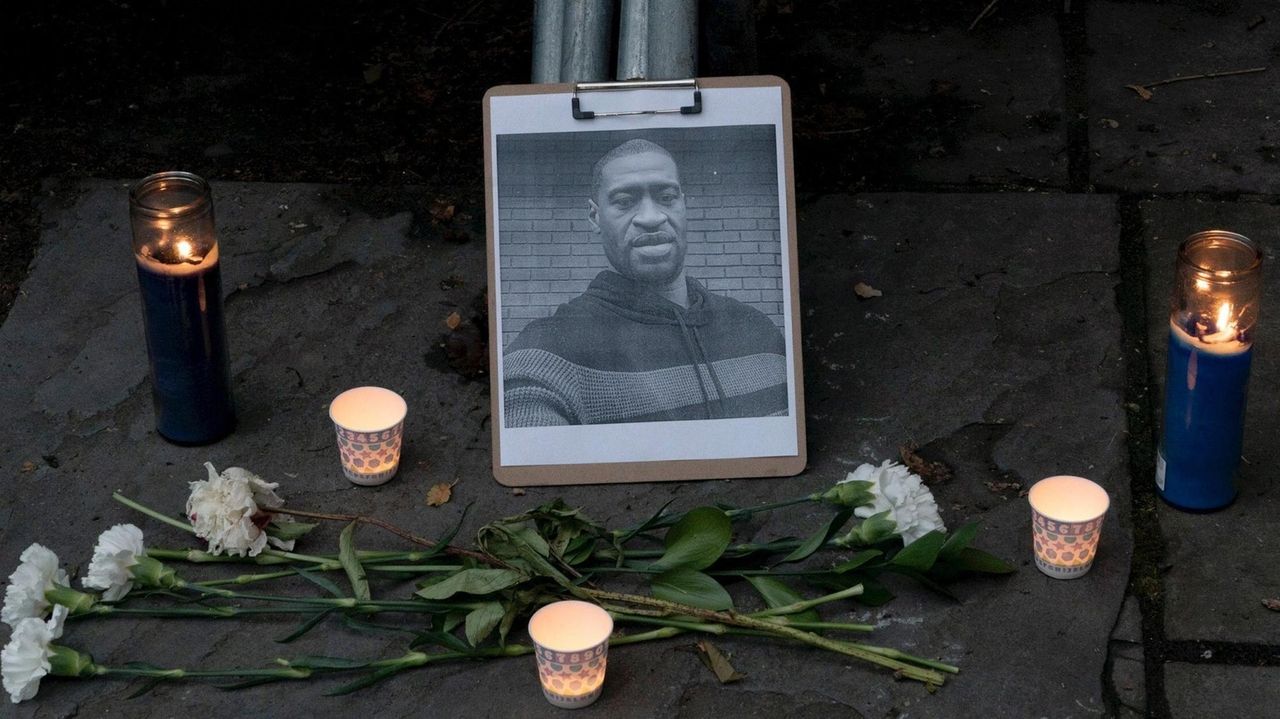 Floyd's brother, Terrence Floyd, wearing a T-shirt and coronavirus face mask with an image of his brother, was met by cries of "you are not alone" as he took to the microphone in an emotional display.  Credit: Jeff Bachner

Thousands of people filled Cadman Plaza Park in Brooklyn Thursday for a memorial service to George Floyd, the black man killed in police custody in Minneapolis last week, chanting the dead man's name as his brother and several elected officials called for justice.

Floyd's brother, Terrence Floyd, wearing a T-shirt and coronavirus face mask with an image of his brother, was greeted with cries of "you are not alone" as he took to the microphone in an emotional display. The Brooklyn gathering took place as Floyd's memorial was held in Minneapolis.

"I'm proud of the protests, but I'm not proud of the destruction," Terrence Floyd told the crowd, referencing the peaceful protests that have erupted in his brother's name in New York City and around the country, as well as separate acts of looting. "My brother wasn't about that."

The large crowd included people young and old and of different races packed into the 10-acre park in the shadow of Brooklyn's federal courthouse, even as the deadly and highly contagious coronavirus has killed thousands of people in New York City. Many wore masks.

The memorial concluded with a walk across the Brooklyn Bridge to Foley Square in Manhattan.

"We are here today to pay homage to the life and legacy of George Floyd. Say his name!" said the Rev. Kevin McCall, a spokesman for the brother and a civil rights activist. "George Floyd represented peace. He was a godly man, a gentle giant, and you must keep his memory as such."

"George Floyd cannot have been allowed to die in vain," de Blasio said. "We have to make a change in this city and country. … For all of us who know white privilege, we need to do more because we don’t even fully recognize the daily pain and the racism this society causes."

De Blasio said he city needs to do more, including "change in the NYPD," but did not specify any policy changes.

Williams, in a fiery speech in which he criticized de Blasio and Gov. Andrew M. Cuomo, referring to them as "inept leaders like this mayor and governor," called on protesters to continue demonstrating and make those in power uncomfortable.

Freddi Goldstein, a de Blasio spokesperson, said in response: “The mayor stands now and always with peaceful protesters across this city. He knows there must be more change, and he’s committed to making it. New York City will lead the way.”

Dani Lever, a spokesman for Cuomo, did not immediately provide comment.

James, the state attorney general whose office is currently prosecuting a police-involved fatal shooting by an off-duty NYPD officer in Farmingdale, told the crowd: "Family, all of the young people out there, you all know that every change in this country has started with young people, not politicians, but young people … So to my young people, I say, march until the intractable walls of racism come down."

Floyd's May 25 killing has set off several days of demonstrations — and some looting — in communities across the country. During an anti-looting patrol in Crown Heights Wednesday night, two NYPD officers were shot and one was stabbed, police said. All are expected to survive.

Four Minneapolis police officers, including an officer who allegedly put his knee on Floyd's neck for 8 minutes and 46 seconds, were fired from the force and have been charged in Floyd's death.