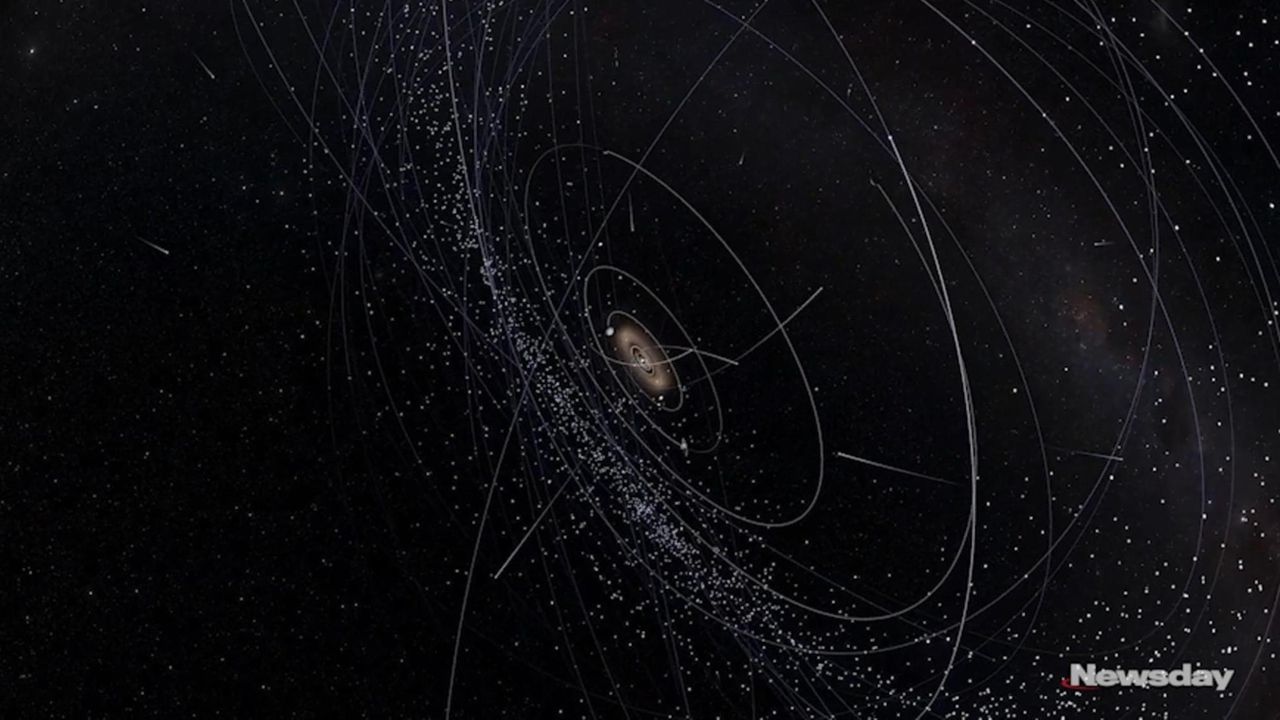 Mercury and Venus are too hot. Mars and Saturn and Jupiter are too cold.

"The Earth is just right," said Denton Ebel, a geologist who's curated a new space show opening next week at the Hayden Planetarium that visualizes 50 years' worth of NASA missions to outer space, projecting with the most sophisticated color-capturing technology available anywhere, well, on Earth.

“It’s a show about Earth, ultimately,” said Ebel, who chairs the division of physical sciences at the American Museum of Natural History, which houses the planetarium and is celebrating its 150th anniversary.

The space show, the planetarium’s first new one in six years, sounds a note of caution about how global warming could doom our planet, similar to what happened on once-possibly-habitable Venus: a long-term buildup of greenhouse gases heating the surface enough to melt lead.

Narrated by Academy-Award-winner Lupita Nyong’o, “Worlds Beyond Earth” is about 23 minutes long and takes viewers on a journey through the solar system — the Earth’s pockmarked moon, Saturn’s rings, the dusty surface of freezing Mars, the scorching-hot surface of Venus.

"Going to Venus deepened our understanding of global warming," Nyong’o says in the show, in a script by Natalie Starkey. "It showed us that pumping carbon dioxide into our own atmosphere leads to rising temperatures and threatens life on Earth."

At a screening Tuesday, museum president Ellen V. Futter, who was raised in Port Washington, said: "There really is no place like home" and "We best not mess it up."

Although humans haven't traveled beyond the moon, scientists have launched robotic explorers to journey into the solar system and radio back what's out there, forming the basis for this space show.

The museum is open every day from 10 a.m. to 5:45 p.m. except Christmas and Thanksgiving.

With what the museum calls “the most advanced planetarium projecting system,” the show uses high-dynamic-range lasers to display with widest color gamut of any planetarium, and, Futter said, can render "the blackest black."

The new technology "allows us to really see space as black and the contrast of the stars and the contrast of these worlds to bring us that much closer to it," said Carter Emmart, who directed the show and is in charge of astrovisualization for the museum, and who started attending classes at the planetarium at age 10.

"You see the sea of children every day coming in, class trips and all of this, and you remember being a child yourself," he said, adding: "So, if we're inspired by these shows, then we're inspired to go learn more, and I think that's where it starts. It worked on me."

Hempstead man convicted of murder in 2018 shooting
New York should follow CDC, ease mask rules, Curran says
1:58
Bellone backs use of anti-Semitism definition
Excelsior Pass a hot ticket — if you can get one from the state
ID theft in New York surged 85% in 2020, DiNapoli says
Couple seeks cure for 2-year-old with rare disease
Didn’t find what you were looking for?