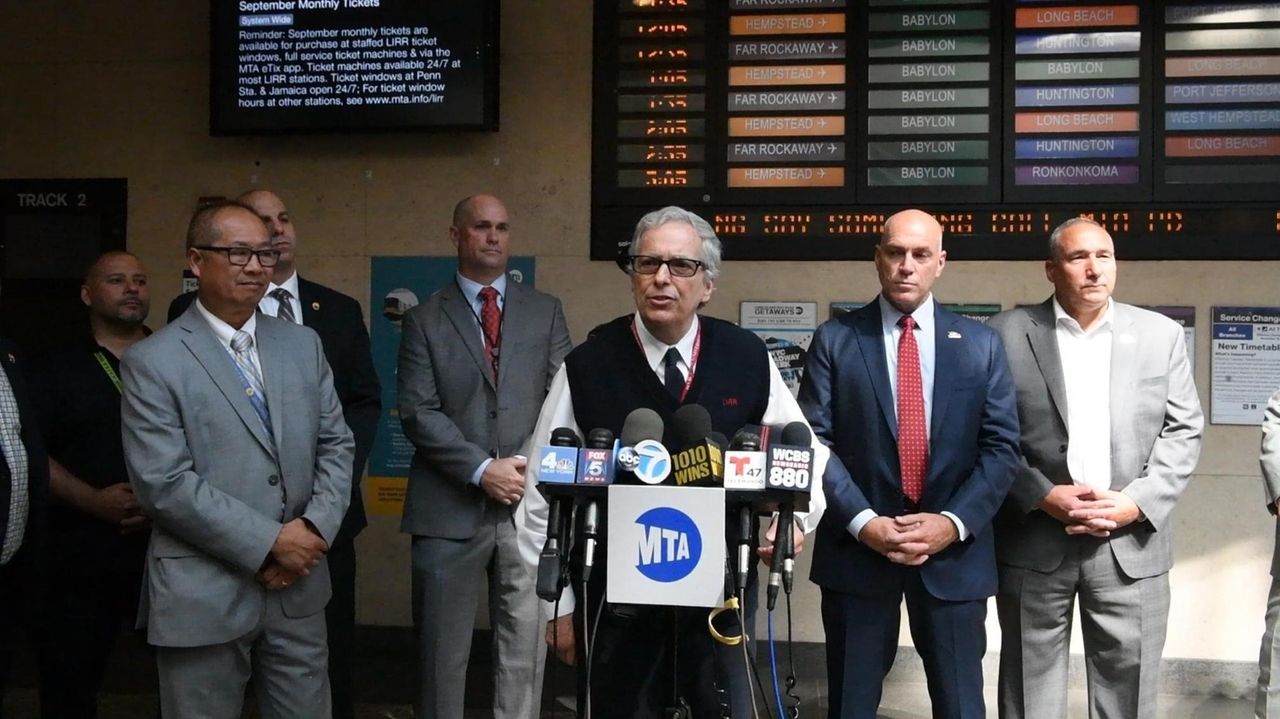 LIRR conductor Jerry Savino and other crew members were commended Tuesday for returning the lost cash to a train rider. Credit: Todd Maisel

Veteran LIRR conductor Jerry Savino was nearing the end of his shift Thursday when a train commuter pointed out a file-folder-style suitcase on an overhead rack. That started a chain of events that led to Tuesday, when Savino and other crew members were commended for returning $9,000 in lost cash to a  rider.

Savino, 67, was working on a westbound Hempstead train shortly before 7 p.m. Thursday.  He said there were no other passengers around the suitcase when it was found.

“[The passenger] noticed it as she was getting ready to find a seat. … A lot of times, it starts with the passengers. Passengers are sometimes along the first lines with us,” Savino, of Manhattan, said.

Although Savino didn’t immediately look through the case, it was partially open, and he saw some documents. He never suspected anything nefarious, he said.

He took the case — which also contained a wallet, tax records, checkbooks, and the cash in a large bank envelope — to supervisors on the train.

Around 7:40 p.m., the crew gave the belongings, which they believe were left on the 5:19 p.m. train to Hempstead during the owner’s commute home, to MTA police at Jamaica Station.

Using the information within the case, MTA Officer Thomas Garland alerted the owner, who verified the contents and picked up the case and the cash at 9:36 p.m. — within two hours of the suitcase’s discovery on the train.

This Halloween will be Savino’s 19th year on the job, and it's the first time he’s ever found this much money left behind on a train, he said. Reuniting the owner and their money, he said, was a team effort.

“There were two other people on the train with me, the assistant conductor and the engineer, and they’re all a part of this. Everybody participated,” he said. “It’s not just one person, two people, or three people. … It’s a community effort.”

Among those commending the crew members Tuesday in the lobby of Atlantic Terminal were Long Island Rail Road president Phillip Eng; Anthony Simon, general chairman of the SMART Union — the union of most Long Island Rail Road workers — and Kevin Sexton of the Brotherhood of Locomotive Engineers and Trainmen.

“We ask our commuters, if you see something, say something. But as MTA employees, whether it be transportation, engineers, police, we have the responsibility to do something,” he said. “That effort that was put forth by the conductors was outstanding.”