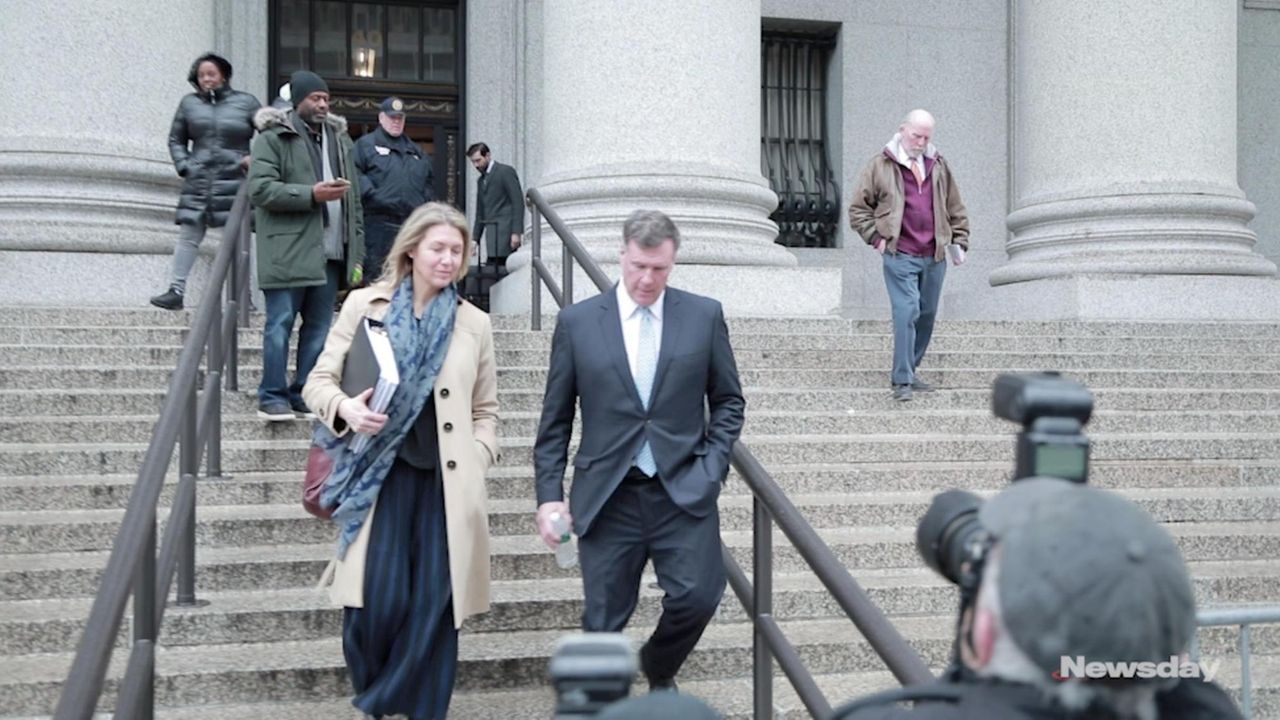 Todd Howe was sentenced to 5 years of probation but no prison time on Friday. Howe was the star federal cooperator at the center of two Albany corruption cases last year that damaged public perceptions of ethics in the administration of Gov. Andrew M. Cuomo. Credit: Newsday / Yeong-Ung Yang

Todd Howe, the star federal corruption cooperator at the center of Albany bribery and bid-rigging cases last year that damaged public perceptions of ethics in the Cuomo administration, was given 5 years' probation but no jail time by a Manhattan federal judge on Friday.

Although Howe was implicated in four different crimes set up for clients who hired him because he “knew how to get someone into the good graces of Andrew Cuomo,” U.S. District Judge Valerie Caproni said, his high level of criminal involvement gave him high value when he decided to help the government.

“It is important that cooperation be rewarded,” the judge said.

In addition to the corruption schemes, Howe also pleaded guilty to embezzling $1.7 million from his Albany law firm. His sentencing prospects were complicated by two violations of his plea deal: using money set aside for back taxes on personal expenses, and trying to cheat on a Waldorf Astoria hotel bill after he began cooperating.

He was jailed during testimony at Percoco’s trial when his effort to escape the hotel charge was exposed on cross-examination, and not called during Kaloyeros’ trial as a result. But prosecutors nonetheless vouched for him as a “productive and helpful” cooperator in a letter to Caproni last month.

Howe told Caproni that the 6 months he spent in jail had changed him, leading him to flee the lifestyle he sought as a highly paid Albany and Washington lobbyist to try to work off his debts with humble but honest work as a golf course groundskeeper and snowplow operator in Ketchum, Idaho.

“It’s like an individual who has had a near-death experience,” he said. “I’m going to live a very modest lifestyle. But I’m going to be honest."

Caproni said with probation and a “suspended sentence,” the charges would continue to hang over his head. “I am hopeful that will be a lasting reminder of what will happen if you again cross the line into criminality,” she said.

Howe made his original political connections with Percoco and other insiders as an aide to Gov. Mario Cuomo, later working for Andrew Cuomo at the Department of Housing and Urban Development.

He later became a highly paid lobbyist but admitted in testimony at the Percoco trial that he outspent his means and spent much of his life dodging debts and trying to cheat creditors — from tradesmen to family friends who tried to help him.

After Andrew Cuomo was elected governor, Howe testified, he set up bribe schemes with Percoco to exercise influence on behalf of two clients. He also worked as a consultant to Kaloyeros, and arranged for two lobby clients to win state development deals Kaloyeros oversaw. Andrew Cuomo was never charged with wrongdoing.

Caproni gave Howe back credit cards he had to give up when he was released from jail last year, but said he had to clear any nonemergency expenditure over $1,000 with probation officials and share his credit card bills with them. He also owes $2.8 million in taxes and restitution.